Accenture gets creative with tech

Let there be change. That’s a catchcry not of a political party heading out on the hustings but rather of Accenture, the Irish-American global executive services group which has its HQ in Grand Canal Quay in Dublin and which first saw the light of day as Andersen Consulting back in 1989. As with any multinational operation, it relies on getting its message out there with zero ambiguity.

In 2011, Accenture rolled out a series of result-based ads for the likes of Marriott, Unilever and the Royal Shakespeare Company with the assurance ‘High Performance. Delivered’. The array of business, technology, operations and management strategies has been described by Accenture’s country managing director Alastair Blair as providing a “patchwork quilt” of executive services.

From an advertising perspective, Accenture Interactive became part of the vernacular after its buy-out of Rothco, Ireland’s biggest creative agency for an undisclosed fee said to be next or near €35 million. The deal was confirmed by Accenture in a press release in February 2018 which stated that “Rothco will help us create the human-centered brand experiences that our clients seek”. 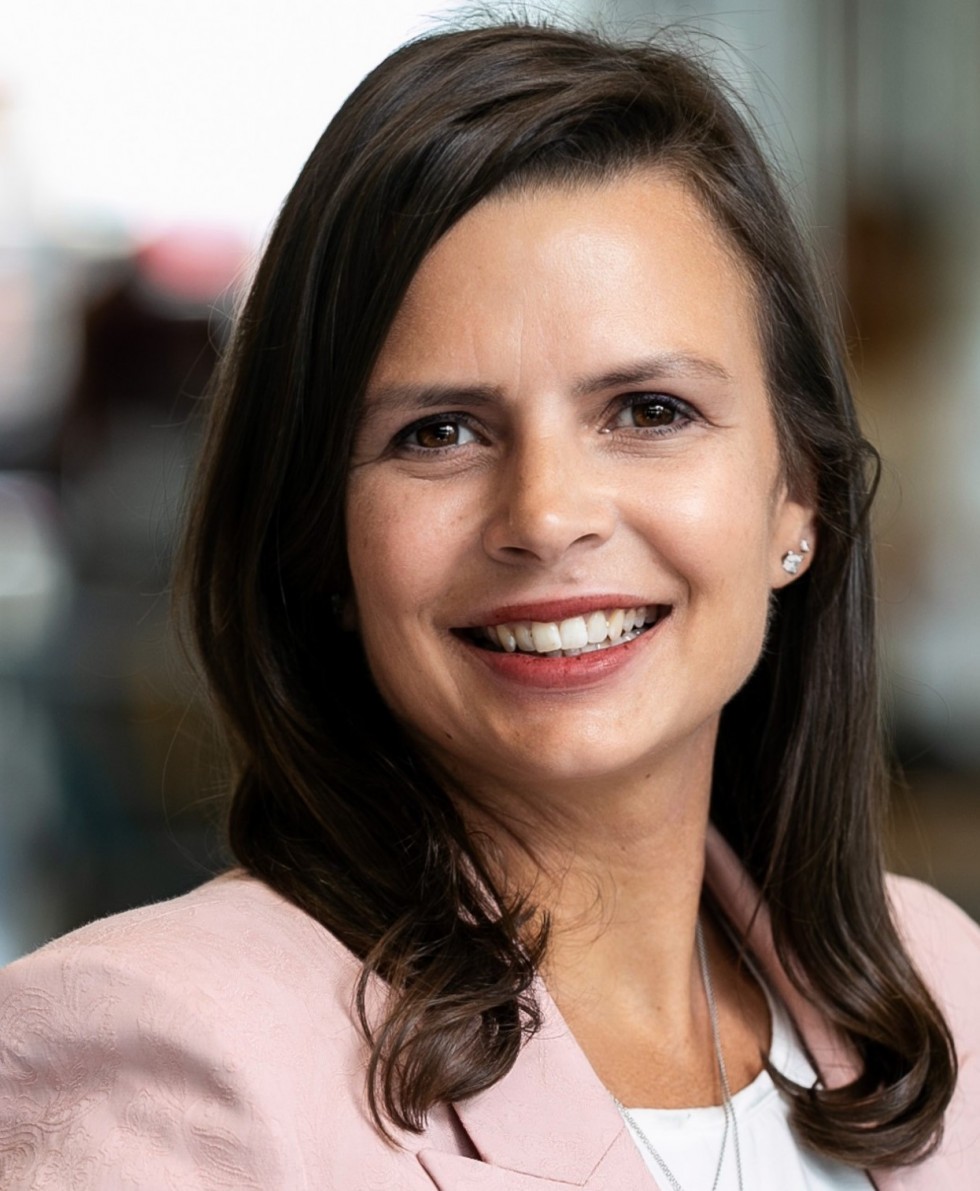 ‘The move to Accenture Song was David Droga’s idea. A song can be anything, from a standalone melody to a collaborative piece… it’s genius because it says a lot, but doesn’t’ – Etain Seymour

Etain Seymour is Accenture’s head of marketing and communications. Experienced in both business to consumer (B2C) and business to business (B2B), she worked at Tesco-owned Dunnhumby for ten years, five of which she spent leading the Irish operation. As a member of the UK’s group health and wellness team she led initiatives which were implemented internationally.

A marketing graduate of TCD, Seymour started out in 1997 with confectionery company Oatfield before moving to the distributor Tennant & Ruttle. She spent two years working with Liam Gaskin’s Watermarque. Before joining Accenture in early 2020, she worked at IBM and Zoetis. She believes her time spent at global companies stands to her as does her commercial experience.

Seymour subscribes to the maxim of advocating change through the clever use of tech. The company set about bridging the digital divide with its CV builder chatbox, called GApp. A WhatsApp-powered chatbot was developed to help bridge skills gap for next generation of workers.

Accenture’s ‘Towards a Digital Society’ report had examined the state of the digital divide in Ireland. It revealed that even though young people in Ireland have grown up online, 75 per cent said they lacked the required digital skills for jobs in today’s tech-driven world. Research showed that those aged 18 to 34 often rank lower than their counterparts in the 35-44 age group.

Seymour says that Accenture’s Digital Divide Index showed that one in four 18-34s were not comfortable creating and editing documents, while 28 per cent struggle with updating CVs and using sites for job searches. Just over half of 18–34-year-olds and 60 per cent of 35-44 age group are entirely comfortable with using websites to search for jobs, creating and editing documents. 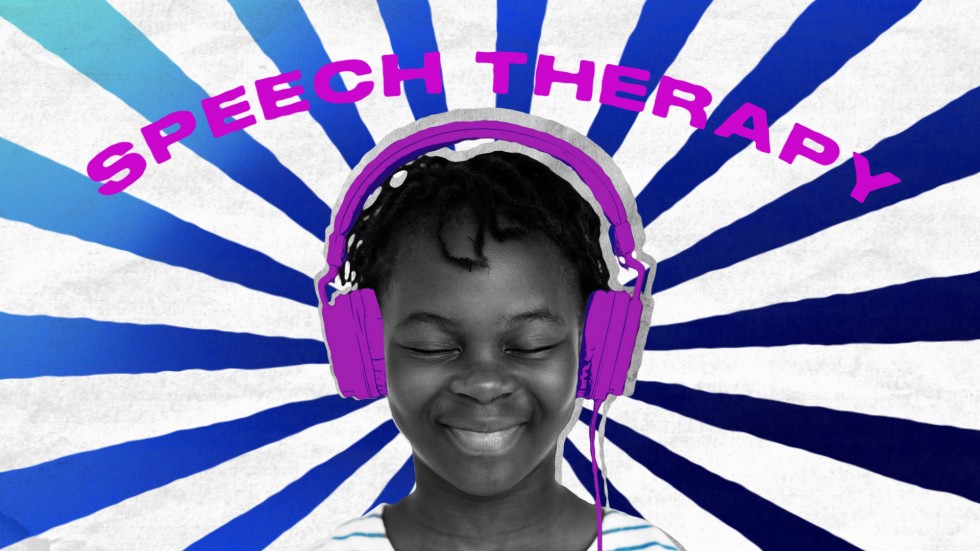 Over a third of people don’t see any reason to improve their digital skills. Almost a third of respondents said the main barrier to expanding their digital skills was time. Targeting the younger chort, Accenture rolled out GApp with a marketing campaign which involved hiring social media influencers targeting the 18-25 year olds, an out of home campaign, paid digital and social media.

The GApp chatbox helps users to increase their digital skills with functionalities such as creating a digital CV on their phone, watching tech tutorials and finding out more about artificial intelligence and blockchain. It also allows them to access digital training through a Accenture’s clients or apply for jobs at the company. GApp went live in May and now has about 20,000 users.

Rothco has been rebranded as Droga5 Dublin, part of Accenture Song Ireland. Richard Carr is in the driving seat at Accenture Song, while Jimi McGrath runs Droga5. The move sees the agency become part of Droga5’s worldwide network, which includes New York, London, Sao Paulo and Tokyo. Outside of the US, the agency’s Dublin office in Smithfield will now be its second biggest.

Accenture Song Dublin has over 180 staff working across various marketing disciplines, including creative services, branding, customer experience (CX), digital, design, production and performance. With the exception of Droga5, the group’s other agency acquisitions, namely Karmarama, The Monkeys, Adaptly, Media Hive and Fjord, all sing off the same hymn sheet. 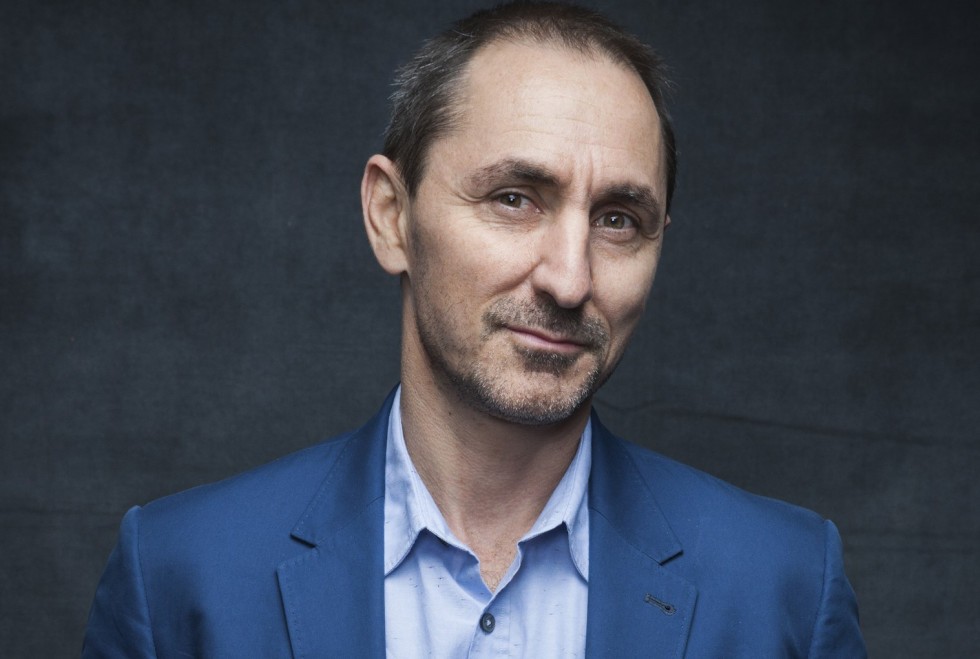 The name Droga5? The name, Droga5, was coined by agency founder David Droga (pictured), whose mother used to sew ‘Droga5’ into his garments to demark the clothing belonging to the fifth of her six children.

Droga5 was bought by Accenture in 2019 for around $475 million. David Droga went from the post room at Grey in Sydney to become a partner and executive creative director (ECD) at Omon, the Australian hot shop founded by Siimon Reynolds, at the age of 22. Six years later, he moved to Singapore to become ECD at Saatchi & Saatchi and regional creative director for Asia.

Droga is also Accenture Song’s CEO and creative chairman. Droga5’s campaigns include Microsoft Decode with Jay Z and Under Armour with former US Olympian swimmer Michael Phelps. Its ‘Truth’ work for The New York Times not only lifted public opinion but added more subscribers in 24 hours than the famous newspaper had in the six weeks prior to campaign launch.

As agency creative Tim Gordon remarked, the actual phrase ‘the truth is’ is bandied about way more than people think and is often used to masquerade opinions on one side. Droga5  has scooped numerous gongs at global award shows. It was named Agency of the Decade by AdAge and Adweek. Clients include Meta, Huggies, Paramount, Hennessy, HBO, Harley-Davidson and Amazon.

Rothco was founded in 1995 by Paul Hughes, Patrick Hickey and Patrick Ronaldson. Richard Carr later joined the board from McCann’s. It has created a steady stream of top campaigns for Irish brands like AIB, Dublin Bus, Woodies and Electric Ireland. In addition, it moved on to the international stage by creating work for the likes of Unilever, Heineken, White Claw and LMVH. 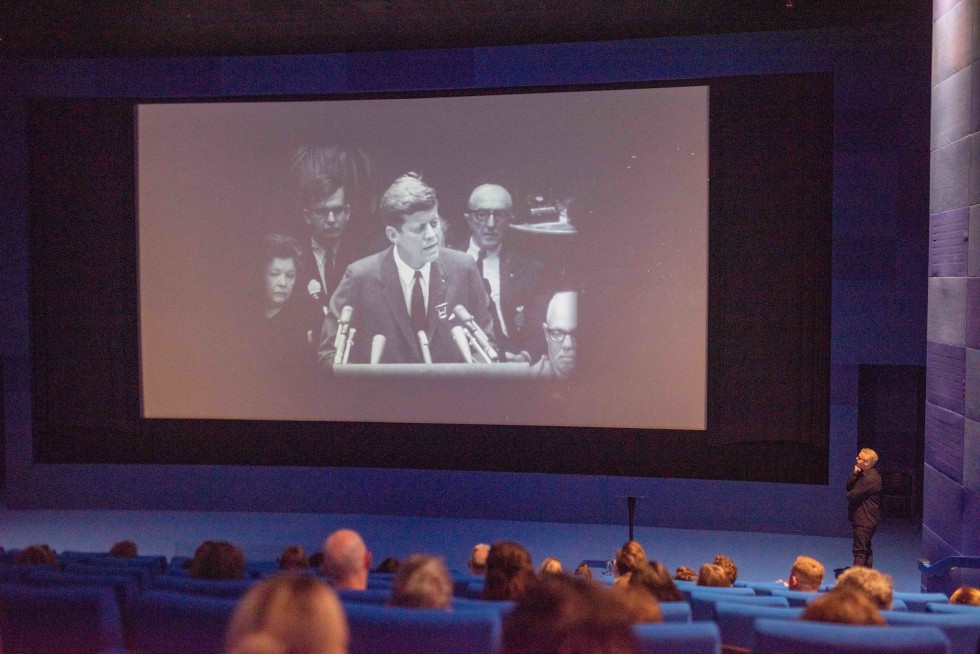 Rothco has won 23 Lions at Cannes and is the only Irish agency to take home two grand prix awards. The first grand prix was for their ‘JFK Unsilenced’ (above) work for News Ireland’s Irish edition of The Times in 2018. They used AI to recreate the speech which JFK was to have delivered 55 years earlier at the Trade Mart in Dallas shortly before he was fatally shot.

The agency’s ‘Shred of Decency’ campaign in support of the Yes side in the marriage equality referendum was widely embraced and won bronze at Cannes. US business magazine Fast Company ranked Rothco as one of the world’s most innovative companies. The agency sale allowed Hughes to pursue his work as an artist. Hickey is now chair at Mobility Mojo.

Richard Carr is last man standing, so to speak.