Christmas should be a time when people can put their feet up and enjoy a good whodunit at a blazing fire. But in these mean times, there is no escape, or escapism, so I regret that I have to recommend that you use the holiday break to acquire a better understanding of some of the wider issues swirling around our turbulent world.

It may lead to a more mutually fruitful relationship. In particular, a careful study of the proceedings, available from IAPI, equips you to make a better case for marketing budgets. But there are other big issues and I’m recommending that we should become better acquainted with three of them – ‘techlash’, the 100-year life and capitalism 2.0.

The tech businesses where we are directing so much of our clients’ advertising spend are coming under growing pressure because of their opacity, arrogance and dubious tax arrangements. Critics have warned about the intrusive nature of how Google and Facebook operate with their casual dismissal of privacy as an ‘outmoded concept’. 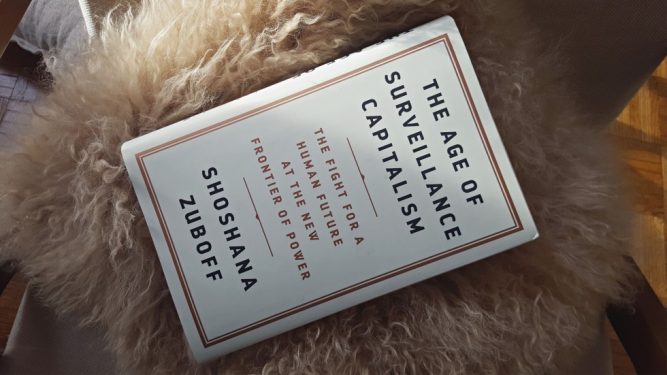 Data used to modify behaviour: Shoshana Zuboff analyses the digital era in The Age of Surveillance Capitalism – the Fight for a Human Future at the New Frontier of Power. The book has become an epoch-defining bestseller, drawing comparisons to works such as Rachel Carson’s Silent Spring. It explains how global tech giants like Google and Facebook persuaded us to give up our privacy for the sake of convenience.

Shoshana Zuboff’s The Age of Surveillance Capitalism, published earlier this year and now out in paperback, is the most comprehensive and devastating critique of Silicon Valley we have seen to date. Running to almost 700 pages, with 140 pages in footnotes, it is a demanding but essential read which I suspect is being taken most seriously in the valley as a number of the leading Democratic candidates for the next   presidential election have called for the break-up of leading tech businesses.

Zuboff argues that if the first phase of the digital revolution involved tracking our every move with the objective of enabling advertisers to send their messages to the ‘right person in the right place at the right time’ they are now using their advanced analytic capacity to modify our behaviour to suit the demands of businesses.

It involves a new type of power the author calls ‘instrumentatianism’; the capacity to know and shape human behaviour towards others’ ends. In other words, the big tech companies no longer mine behavioural data to improve the service to users but to read their minds for the purpose of matching advertising messages to interests.

But it is the ability to modify out behaviour that arouses Zuboff’s ire because it can have the effect of denying us our free will and decisions over our own future: “If industrial civilisation flourished at the expense of nature and now threatens to cost us the earth an information civilisation shaped by surveillance capitalism will thrive at the expense of human nature and threatens to cost us our humanity.”

Several times throughout the book Zuboff expresses surprise that there has not been more of an outcry about what is going on. She presents a long list of possible reasons but they basically boil down to a combination of inertia and incomprehension. Nonetheless, an outcry is now taking shape on the international stage.

Spurred on by the example of the estimable European Competition Commissioner, Margrethe Vestager, US politicians are energising themselves to engage in a little bit of their own disruption and have the Silicon Valley boys in their crosshairs. Whatever the outcome of what promises to be a titanic battle, we need to position ourselves as the expert advisers on what it means for the future of marketing communications.

The prospect of the 100-year life should also give us even more opportunities to provide expert council to clients. Given the appalling age imbalance in our industry most Marketing.ie readers should expect to become centurions so the question of what are you going to do with the rest of your life has particular relevance.

Most of the comment around this issue has centred on apocalyptic forecasts of the decimation of employment across a swathe of occupation categories and there is no doubt that this will happen but new employment categories will keep appearing; you only have to look at job titles in most agencies today compared to even a decade ago.

There have been a number of recent books on this subject but the latest just hot off the Harvard University presses, Automation and Utopia, by John Danaher, a law lecturer at NUI Galway, who says he is none too worried about the decline of work on the grounds that most people are not all that engaged in what they are doing.

In a fascinating analysis, he presents us with two potential options; cyber-utopia or virtual utopia. The former would involve us in the trans-humanist movement where as we grow old we discard our weak and wobbly bits and replace them with silicon and metal enabling us in theory to live forever. The latter option would involve a life devoted to leisure pursuits, in particular the playing of computer games. 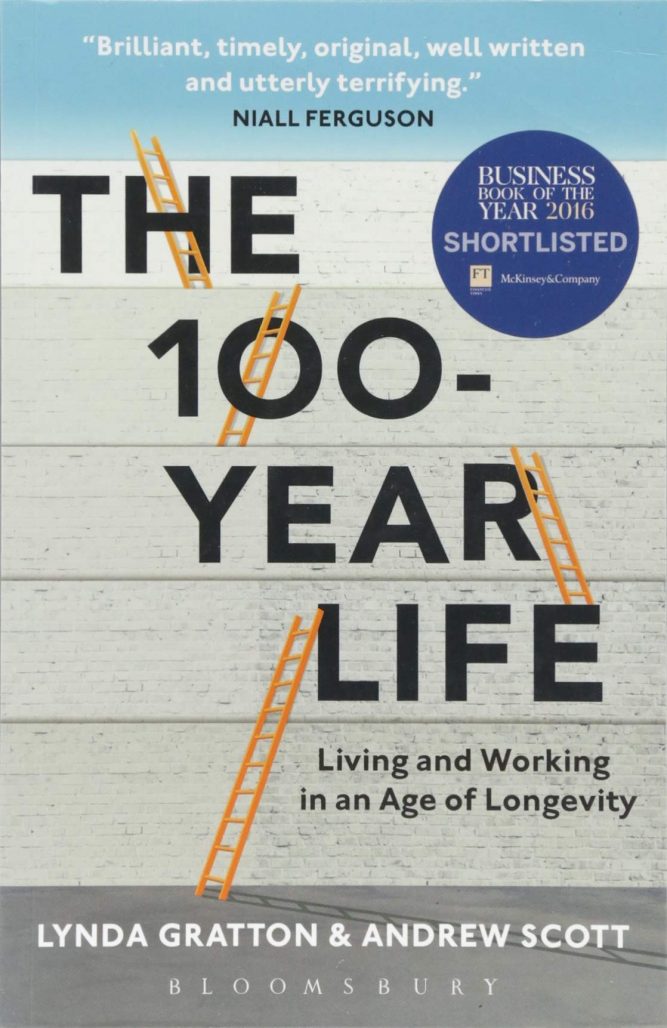 Call to action in an age of longevity: What will your 100-year life look like? Does the thought of working for 60 or 70 years fill you with dread? Or can you see the potential for a more stimulating future as a result of having so much extra time? In The 100-Year Life, psychologist Lynda Gratton and economist Andrew Scott provide a wake-up call which describes what to expect and considers the choices and options people face.

You do not have to take either option literally to benefit from a wide-ranging thesis on where we are heading; a life of limited work, limitless leisure and the possibility of a significantly expanded lifespan. Already new demographic groups are starting to emerge as outlined by Lynda Gratton and Andrew Scott in The 100-Year Life.

They include a new ‘world wandering stage’ between where people from their early to late twenties having completed formal education indulge themselves in a grand tour around the world, working a little and learning a lot before settling down. They predict that we will also see some new life-stages among the over-60s when people leave full-time employment to set up small businesses or return to education.

There are obvious opportunities here for the education, finance and leisure sectors but all businesses should examine the possibilities. The global management consultancies will no doubt be charging vast fees to consider the implications of the 100-year life with their clients but our long experience of analysing demographic and societal trends means marketers should be grabbing a share of the action. Danaher’s flights of fancy about possible futures would be an ideal launching pad for a presentation.

The third hot topic du jour is the increasing concerns about the future of capitalism. Last month the entire front page of the Financial Times consisted of a huge headline; Capitalism with a single line underneath, Time for a Reset. In the same issue, Martin Wolf wrote that the system was suffering from an unholy trinity of slowing productivity growth, soaring inequality and huge financial shocks.

A few weeks later, the Economist weighed in with a cover story What are Companies For? and the influential US Business Roundtable called for the abandonment of shareholder primacy. Clearly something is afoot and there is no shortage of recently published ‘the end of capitalism is nigh’ books, but although the analysis is often   most intriguing, the fact remains there is a distinct shortage of workable solutions.

One thing is certain; there is no big new idea out there to replace capitalism, most commentators accept its unprecedented ability to create prosperity but they also point out that it leads to unacceptable levels of inequality and is unsuited to solving problems like global warming where cooperation rather than competition is needed.

One of the most interesting books trying to grapple with these issues is Paul Collier’s The Future of Capitalism. Collier, a professor of economics in London University,   claims the system is morally bankrupt due to the adoption of a more neo-liberal ethos since the late 1970’s. As with many commentators, he does not advocate any big new idea but rather puts his faith in the bourgeoning of community-based initiatives trying to reverse the concept that all aspects of human nature be defined in economic terms.

Collier also calls for businesses to be part of the movement by adopting a more ethical stance. Once again, marketing is in the thick of the debate because our experience in imbuing brands with purpose and meaning. It is probably no accident that many of today’s more successful new brands try to maintain a sense of community among their customers and regularly devote part of their profits to local good causes.

The great Thomas Kinsella wrote about the pleasures of a relaxing whodunit over 40 years ago but then quickly changed tack: “But for real pleasure there is nothing to equal/sitting down to a serious read/getting settled down comfortably for the night/with a demanding book on your knee/and your head intent over it/eyes bridging the gap, closing a circuit.” There was never more need to close a few circuits.