It was all supposed to be so different. Digital display advertising was supposed to be the big change for marketing. It would allow marketeers target effectively, measure concisely and ensure that the old adage of ‘half of my budget is wasted, I just don’t know which half’ would finally be put to bed. Sadly, none of this has come to pass.

Recently, we have seen the escalation of the slow unraveling of digital ads. 2017 looks like it could be the industry’s equivalent of the 2008 sub-prime mortgage crisis, a bubble pop with wide repercussions. The scale of the problem has been apparent for a while. Ad fraud is rife, less than 0.1 per cent of ads served ever get clicked on.

‘Viewability’ is a major issue and that an estimated 30 per cent – almost one in three consumers now block digital ads completely, fed up with intrusive, annoying, creepy and spammy advertising. But in a year when, ironically, total digital spend is set to tick past total spend on TV, the bad news stories are coming thick and fast. 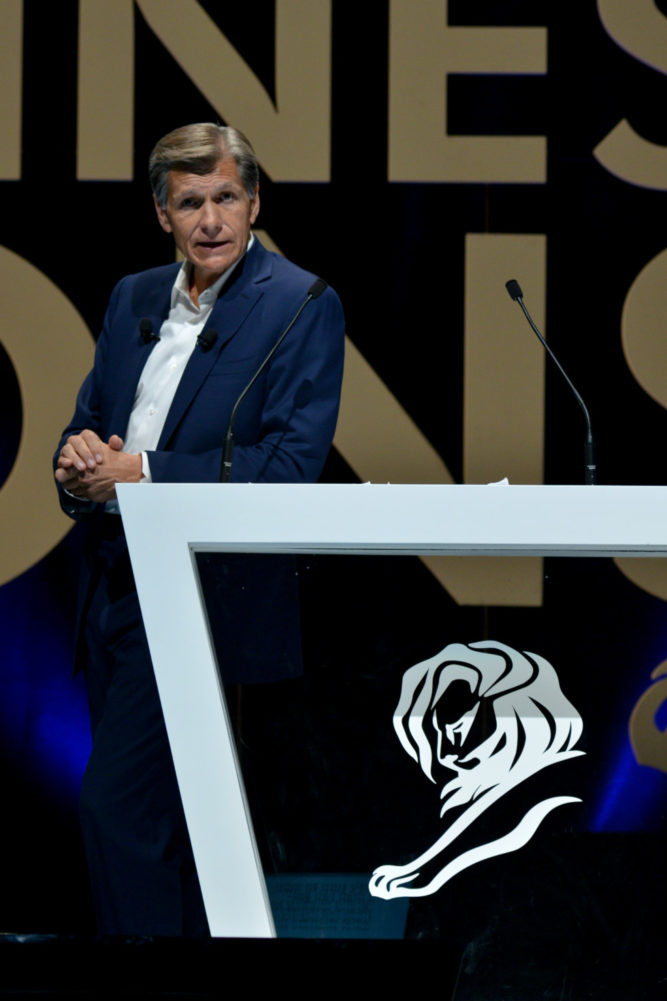 Grubby soap opera: In January, top advertiser Procter & Gamble came out and demanded change to display ads. In a feisty speech, P&G’s global CMO Mark Pritchard, above, bemoaned the “unreliable measurement, hidden rebates and fraud” in the industry. The story has since unfolded like something from a financial crash thriller movie.

Adloox said the problem could be bigger than we thought, with up to $16.4 billion wasted to fraudulent traffic and clicks made by bots. It likened digital malpractice to an organised crime “second only to the drugs trade.” Then, Google’s stock price was downgraded as millions in spend was pulled from YouTube after a global boycott.

The UK Government initiated the pullout after a Times investigation found YouTube was running its ads against jihadi and racist videos. Brands like L’Oreal, Channel 4, O2 and Dominos followed. Google quickly introduced new brand safety measures, but the reputational damage to digital advertising had already been done.

As the IAB’s Scott Cunningham said last year, when it comes to digital advertising, “we all messed up”. It’s hard to see while you’re in the eye of the storm, but truly this could be the end for digital display. The model has been broken for years. Up to now, we’ve gotten away with it, but sustained bad press raises some tough questions.

The bubble is finally about to pop, and it’s up to us to ensure it doesn’t wreck advertising’s credibility completely and leave scars for years to come. We’ve finally reaching a tipping point that could either clean up or obliterate digital advertising. If we react accordingly, with more stringent measures, third party verification and a clearer focus on brand safety, then it could be a good thing. But going on recent history alone, that’s going to take a big change in mindset.

This being a digital column, you’d probably expect me to agree, but it looks like a short-sighted bet rather than a strategic masterstroke from where I’m sitting.

Digital content and social works in reaching younger buyers. Adidas has done really well in launching new limited edition shoes through its app. But TV viewership is still strong among this younger cohort, averaging 83 minutes per day among 16-24 year olds in the UK. Adidas is gambling that it will be able to drive online purchases.

However, buying intent is driven not by one channel alone, rather by using various media in tandem – digital and traditional. Everything about this strategy goes against current wisdom around ‘how brands grow’. Binning the most effective medium in favour of ‘all digital’ may be an interesting test case, but don’t expect it to last.

A CAMPAIGN WITH NO IDEA
Spectacles are Snapchat’s new augmented reality glasses, coming to market at a much friendlier price point and with a slightly less creepy design than Google Glass. Costa Coffee was the lucky brand that got their hands on a pair to to run the UK’s first Snapchat Spectacles campaign. Exciting, right? Imagine the creative opportunities.

But Costa’s first effort was a prime example of relying on a shiny new digital toy to do all the work and forgetting that you still need a creative idea to make it interesting. Costa’s idea? To record a barista making coffee. They thought customers would be intrigued to watch their coffee being made from the perspective of a Costa barista. What a wasted opportunity.

Unlike Aer Lingus, which ran Ireland’s first Spectacles campaign and fared much better. As a sponsor of the Irish rugby team, the airline gave the specs to Conor Murray for a day and shared the edited results. The value of creativity and a good idea will never be diminished, even in a digital world.

He also writes at www.shaneoleary.me