Paul Feldwick joined the iconic London agency BMP in the mid-1970’s as an account planner and worked there for over 30 years where he ended up taking a global strategy role after they merged with DDB. He now writes and lectures on branding and marketing communications and during his career his work has been published widely in academic journals, trade magazines and books.

I opened my review of his last book, The Art of Humbug (2016), in these pages with the line: “Just in case you don’t get to the end of this review let me emphasise that this book is essential reading for anyone in our business”. I’m happy to repeat that sentiment for his latest book, Why Does the Pedlar Sing? Humbug dealt with the perennial subject of the different ways in which advertising works.

In particular, it looked at the relative merits of the two main models, salesmanship versus seduction, as exemplified by the contrasting philosophies of the two titans of the business in 1950’s New York; the down-to-earth salesman Rosser Reeves whose objective was “to get the goddam sales curve to move up” and the more cerebral Bill Bernbach who yearned to charm the consumer into submission. 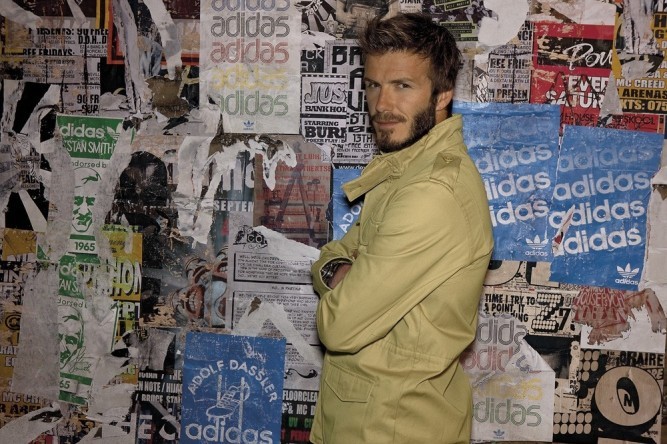 Showing how fame rewards brands: Paul Feldwick’s summary of PT Barnum’s approach in Why Does the Pedlar Sing? is energetic, fearless, responsive and improvisatory, rather than cautious and controlling. The book covers some case studies to show how fame is achieved, including the Barclaycard campaign with Rowan Atkinson, the success of the Posh and Becks brand (pictured) and a detailed account of the background to the iconic Coke ‘Hilltop’ commercial.

In his new book, Feldwick delves a little deeper into this long-running debate linking the salesmanship argument to the early 20th century efforts by the fledging advertising industry to break free from its dubious origins in the patent medicine men of the 19th century American Wild West and the carnivalesque mountebanks of Europe who materialised in previous centuries.

Ashamed of its parentage US advertising practitioners wanting to ‘professionalise’; dressing in well-cut suits, forming trade bodies, codes of ethics, annual dinners and seeking ‘scientific’ proof of their work. The tension between the desire to be a technical-rational profession and a creative force has long raged. The former view was strengthened by the emergence of Big Data, AI and algorithms.

The book avoids being overly prescriptive but makes it clear that we should take more pride in advertising’s louche past as well as being more sceptical of the current lust for certainty. Feldwick has performed a valuable service in carrying out a thorough trawl of our past and of the past-masters who showed how to make their products and services famous, desirable and saleable.

The greatest of these was the irrepressible Phineas Taylor Barnum, whose lasting reputation as the ‘world’s greatest salesman’ was based not so much on outrageous ‘stunts’ that had never been done before but because he did them with greater energy. Now that we have re-discovered ‘fame’ as a critical ingredient in brand success, it is worth quoting Feldwick’s summary of Barnum’s approach.

The author defines it as energetic, fearless, responsive and improvisatory, rather than cautious and controlling. The book covers some choice case studies to show how fame is achieved, including the long-running Barclaycard campaign with Rowan Atkinson, the continuing success of the Posh and Becks brand and a detailed account of the background to the iconic Coke ‘Hilltop’ commercial.

A common theme in all these case histories and indeed of the whole book is the haphazard nature of the creative process and the consequent lunacy of trying to rein it in to some procurement officer’s idea of process, procedure and best practice. It clearly emphasises why the whole point of transformative marketing communications is to actually break free from these rigid conventions.

As a leading global strategic planner and multi-advertising effectiveness award winner Feldwick is not arguing against the discipline of carefully researched and planned campaigns and he includes two useful techniques from his own practice. The first is a model he devised for the DDB network called Brand Foundations. It is a model worth carrying out for any brand you might care to mention.

It relates to where do I come from, what do I do, what makes me different, who am I for, what am I like as a person, what do I fight for, what do I value. The second dates from his BMP days; the ‘narrative creative briefing’, where the researcher who had carried out qualitative research just chatted in general about the findings to the creative team who could interject at will.

It sparks ideas which may not have emerged after a more formal process. This endlessly fascinating and entertaining book shows that we should embrace rather than deny our racy ancestry and celebrate entertainment, artistry, wit, playfulness and popular appeal; create more jingles, slogans and characters and avoid protestations of ‘edginess’ that characterise so much agency rhetoric today. 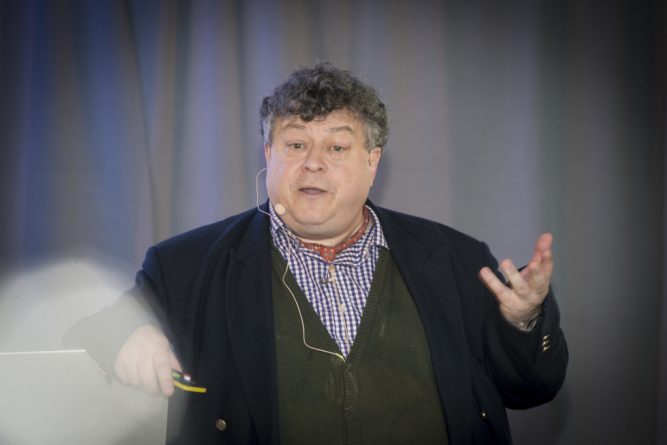 An advocate for adventure in adland: Rory Sutherland calls for an element of absurdity, illogicality, extravagance, difficulty or disproportion to jolt people into a new perspective of the advertised brand. Big Data may see more needles, it also significantly increases the haystacks. He recommends accepting that for most people the majority of their purchasing decisions are of fairly trivial importance so they develop all kinds of heuristics to make their own decision-making as seamless as possible.

Rory Sutherland is a writer on branding and marketing communications, a media pundit with his own column in the Spectator, a Ted talker, literary festival performer, including recent appearances in Ireland for IAPI, TAM and the Dalkey Book Festival, and now author of the intriguingly titled Alchemy: The Dark Art and Curious Science of Creating Magic in Brands, Business and Life.

If all that was not enough, Sutherland manages to hold down a full-time job as vice-chairman of the Ogilvy Group. In spite of all this multi-tasking he has managed to produce an immensely readable and enjoyable book with a serious purpose; the undermining of the character so beloved by accountants and economists and so damaging to the practice of advertising; Homo Economicus.

The fact that this thick as a plank individual is still at large is testament to the undeserved influence of accountants and economists who find it difficult in the world as it is in all its messy, ill-disciplined glorious reality. Using case studies, anecdotes from top thinkers and his own acute observation of life, Sutherland shows how success can be achieved by applying counter-intuitive thinking.

Before chemistry was developed as a science, alchemy was a pseudoscientific attempt to turn base metals into gold. Sutherland believes there is merit in using psychological thinking to produce magic which can transform businesses. He defines this alternative logic as “a parallel system within the human mind which often operates unconsciously and is far more powerful and pervasive than you realise”.

It explains why some of the most valuable discoveries don’t always make sense at first sight,  just as the most creative agency proposals seem strange and illogical when first presented. The problem with logic is that it only gets you as far as all your competitors; to get ahead you need a little ‘psycho-logic’. Red Bull made no logical sense; it was criticised from a height in consumer studies.

Respondents vied with each other to say how disgusting they found Red Bull’s taste, but it went on to be a global success. There was no logic in adding a cucumber slice to Hendrick’s Gin but the Yanks saw it as a Downton Abbey-like touch of class and the brand took off in the US.

Sutherland argues why the logical sequential approach popular in the boardroom is flawed. All studies of breakthroughs in any discipline you care to mention show that they are more likely to be the result of trial and error, instinctive guesswork, dogged experimentation and, above all, luck. Genuine innovation is rarely the result of scientific methodologies, rational decision-making and sequential logic.

I saw an example of this in Oughterard above an estate agent’s premises. Having different coloured birds makes no logical sense and advertising an estate agent through their use makes even less. But this little poster spectacularly achieved the two main tasks of marketing communications; it makes the advertised brand most distinctive and it gives you a nice warm feeling – all on a minuscule budget. 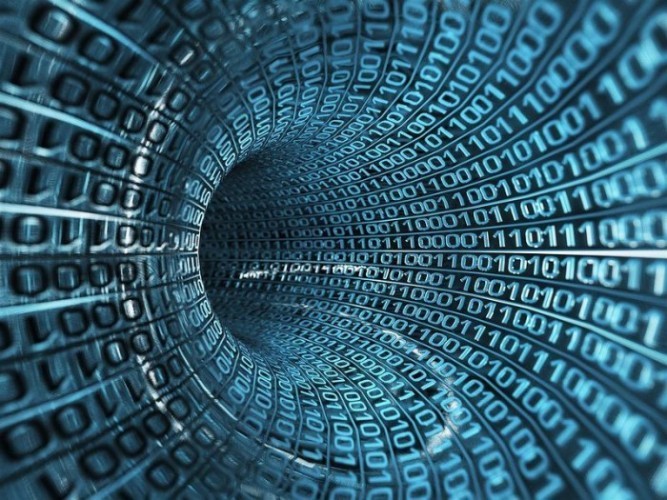 Unfortunately, in this case the copy does not match the art direction as a key recommendation of this book is the need to inject some ‘psycho-logic’ into marketing communications copy. Completely rational copy is like water; it has no flavour. Sutherland calls for an element of absurdity, illogicality, extravagance, difficulty or disproportion to jolt people into a new perspective of the advertised brand.

Not surprisingly he is unconvinced by the Big Data brigade pointing out that although it may lead to more needles, it will also significantly increase the haystacks. Instead, he recommends accepting that for most people the majority of their purchasing decisions are of fairly trivial importance so they develop all kinds of heuristics to make their own decision-making as seamless as possible.

He has written in the past on the subject of behavioural economics and this book is heavily infused with its thinking, particularly how individual preferences can be reframed by context. Alchemy includes examples of reframing, like the famous Economist subscription model where consumers were originally given a choice between a one year online only package for $59 and a print and online package for $125.

When a third option was added, $125 for the print edition only, significantly higher numbers ordered the print and online edition. The third option was in effect meaningless in itself but it re-framed the second option as better value. Reading this book will put you in a frame of mind where you are more likely to start thinking like an alchemist – someone who transforms things for the better.