“That’s all we have, finally, the words, and they had better be the right ones”

It was several weeks ago that we heard the news. Eoghan had been in ICU in St Vincent’s Hospital for a few months. It was a relief to know that it wasn’t The Covid. But then that started to make it sound even more serious. But we just thought, he’ll make a comeback. It would by no means have been his first. But when the news came in, it was bad. Very bad.

When I first met Eoghan, he was my late brother, Johnny Ferguson’s new best friend and I was a regular member of their Six-O-Clock-Club, a weekly informal assembly held usually in Kehoe’s of South Anne Street. It was a time of dusky sunlight pooling on the floor, pints of Guinness hovering in the air, maybe a waft of dry roasted peanuts for the soakage.

It was before the Celtic Tiger hoo-hah that ensued. Thanks to Jack Charlton and Roddy Doyle, Irish-ness was no longer something for young people to be slightly embarrassed about. Instead of the glum misfit of Europe, we had become the plucky underdog, celebrated for our ability to work hard, play hard, and not take ourselves – or other people – too seriously. 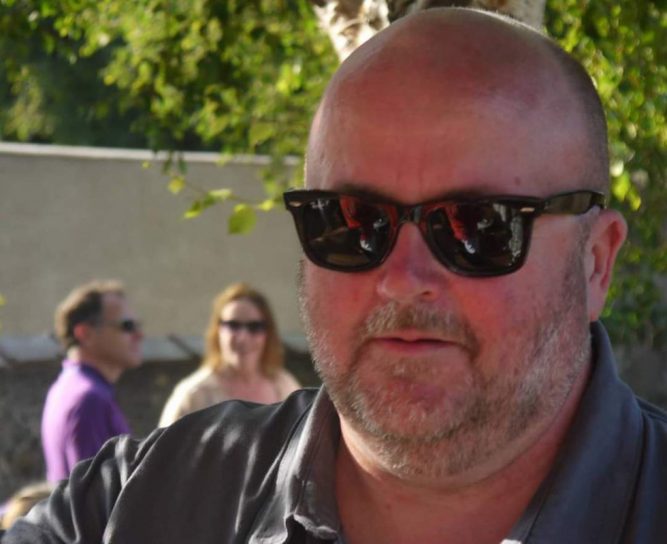 An exceptionally gifted adman: Eoghan Nolan began his career in advertising at Peter Owens where he worked on Aer Lingus, An Post, RTÉ, ESB and Fyffes. His mentors included creative director Declan Hogan and Peter Owens himself. He was later creative director at Irish International BBDO for six years and worked at McConnells and Leo Burnett. He said Brand Artillery was all about “high aims and low overheads”.

Eoghan, with the ever-twinkly eye and the half-smile, was an embodiment of this spirit. He’d be there in full flow, with a circle of people around him, their ears pricked, leaning in for the punchline. It would always land impeccably, triggering an eruption of laughter and people wiping their eyes, vowing silently to add that one to their own repertoire.

But nobody could tell them quite like Eoghan. His way with words, and with the gaps between them, could not be beaten. He had a love-hate relationship with Ireland. He hated the narrow, mean Ireland that was holding the nation up to the early 90s; that said No to abortion and divorce; that punished homosexuality and still bowed down to the holy men in dresses.

But he also loved Ireland – the rugged rural landscape and what you might call its Hiberno-politan culture. He had a touch of the old ways about him, his gentlemanliness and sense of correctness. But Eoghan was also a modernist and wielded a healthy disrespect for things many held sacrosanct. There was a mischief that imbued his best work.

Who else could have created a campaign that promoted the earnest sincerity of Glasnevin cemetery while simultaneously laughing in the face of death? It was a neat trick. I was thrilled when Eoghan, and fellow creative director, Gerry McCloskey offered me a job in McCann Erickson, around ‘95 or ‘96. As a creative director, Eoghan was brilliant.

He knew how to coax the best out of you. He gave you space, but kept a kind, watchful eye. That’s not to say he wasn’t tough. Nor did he ever miss an error – be it typographical or tactical. He was critical of laziness or ideas that sought to jump on some trendy bandwagon. He loved Big Ideas, but I believe he attached the same value to creating a Unique Flavour.

A lot of great work works at a gut level. It creates a sense of wonder that greatly exceeds the power of clever. Beauty, amiability and character were more interesting to him than cleverness or technique. Or, as Eoghan put it himself: “If an idea is communicated in a fresh, fair, original and interesting way, then people will happily open the door to it, talk about it with friends, and want to hear more.” 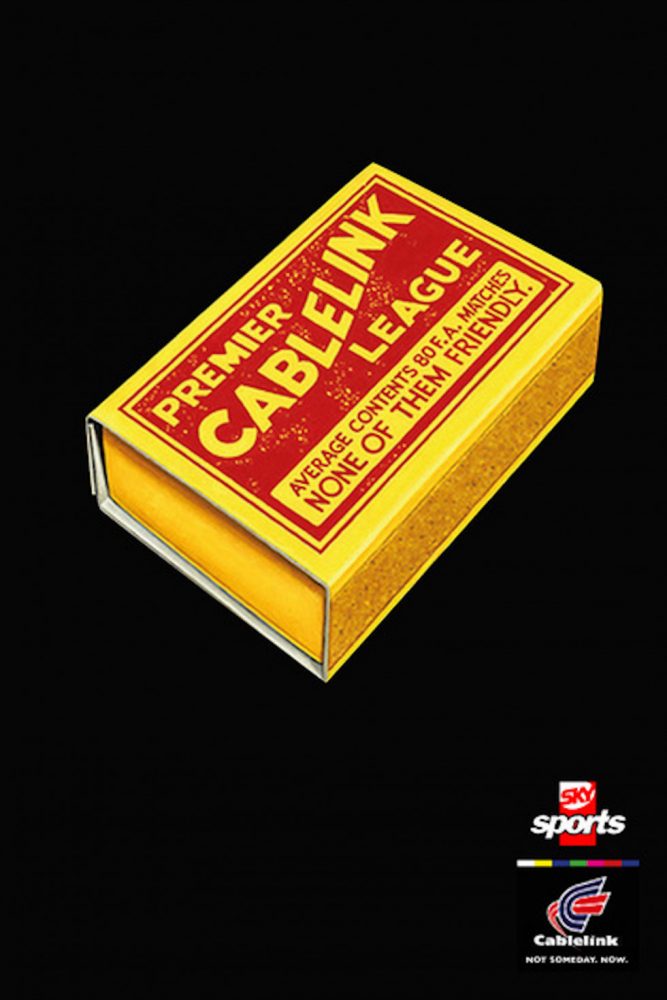 Eoghan would say a radio ad needs more than a great script. It must be produced with care, in an unhurried environment, free of meddling and people suddenly deciding they want their phone number in there too. That’s a client’s prerogative, of course. But if the ad then sounds rushed and unnatural, and nobody calls the number – well, that’s a waste of money.

His commitment to quality work reaped many accolades. He won Ireland’s Radio Ad of the Millennium at the Sharks; 98fm Ad of the Decade; ICADs; the National Newspapers of Ireland’s’s best copywriting; Epica; and the HK McCann Creative Leadership Award, among others. Eoghan and Gerry McCloskey won Ireland’s first ever D&AD Pencil.

In spite of this success, he could be frustrated at times; by the churn and the bean-counting. But the many annoyances didn’t shake his belief in great ads. As well as his endeavours with Brand Artillery, CopyClear and Accenture, he also lectured at TU Dublin, because he enjoyed gearing up the next generation of ad folk for the trials and triumphs of the creative game.

Jonathan ‘Stanno’ Stanistreet, who Eoghan and Gerry hired, along with Shay Madden in the late 90s, said of Eoghan: “He was exceptionally good at writing for radio. He never presented a radio commercial as a script, always preferring a properly recorded demo instead.”

He also created the radio series ‘A Slightly Unreasonable Point of View’ for Culture File on Lyric FM, which is on podcast, with titles like, “Brainstorms Are A Waste of Fucking Time”. Series editor Luke Clancy said: “Working with him was so enjoyable – nothing was trivial, every quip was weighed for its real value, for the shape of the splash it could make in the world.”

You could say Eoghan’s later career offered a two-fingered rebuttal to the prevailing notion that once creatives reach the age of 50 they should be taken out into a field and shot. For him, age meant experience and insight, which can enable more resonant work.

Take the afore-mentioned campaign for Glasnevin Cemetery produced with equally-seasoned art director Tony Purcell, which hit its marketing objectives and won industry awards. But better than that, it became a thing cherished by members of the actual public. (The poster is still available to buy at artillerybrand.com)

As well as consistently producing brilliant creative work in adland, he also continued to enjoy a wonderful life with his beloved wife Niamh O’Flynn and their three boys, Carver, Art and Macdara, whom he loved dearly. His eyes lit up whenever he spoke of them. But I hadn’t seen him for a while when I heard last November that he had become ill.

I had taken it for granted that we would one day get to fulfill the oft-agreed plan to have pints and rollicking guffaws, and possibly a couple of tears, somewhere nice with warm lighting. I wasn’t the only one who felt robbed. In the wake of his death, it was clear how much Eoghan meant to so many people, how well loved he was.

He did leave a great legacy. In the work he did, and in those three boys. Who knows if they’ll follow in his professional footsteps, but whatever they do, I’m sure they’ll have their own brilliant ideas that make people lean in to hear. Which brings us back to Raymond Carver and his final published words:

And did you get what
you wanted from this life, even so?
I did.
And what did you want?
To call myself beloved, to feel myself
beloved on the earth.

Conor Ferguson is a freelance creative writer and director. He worked in McConnells and McCann Erickson; theconorferguson@gmail.com