Heading for a new ball game

Covid-19 has brought a great deal of financial upset to football. Is the beautiful game under pressure? Michael Cullen writes

The Covid-19 pandemic has sparked a reality check on football’s future funding. Europe’s 20 richest clubs have missed out on around €5 billion over the past two seasons, the Deloitte Football Money League survey estimates. Europe’s elite teams were down by around €1bn up to the end of last year’s extended season. The biggest losses were sustained across broadcast and games played without fans.

The early days of the pandemic resulted in the postponement of top divisions in England, Spain, Germany, Russia and France. The French Ligue 1 season was cancelled, while Germany’s Bundesliga resumed in mid-May last year with other leagues restarting in June – all behind closed doors. Clubs saw an €937m drop in broadcast revenue, due to the season’s delayed ending and broadcaster rebates.

FC Barcelona generated more money than any other club in Europe, but had the second-largest revenue fall in absolute terms. The Catalan club saw a drop from €858m to €726.5m and remain narrowly ahead of La Liga rivals Real Madrid, whose revenue fell from €772m to €726m. Bayern Munich (€644m), Manchester United (€589.7m) and Liverpool (€567.5m) made up the top five. 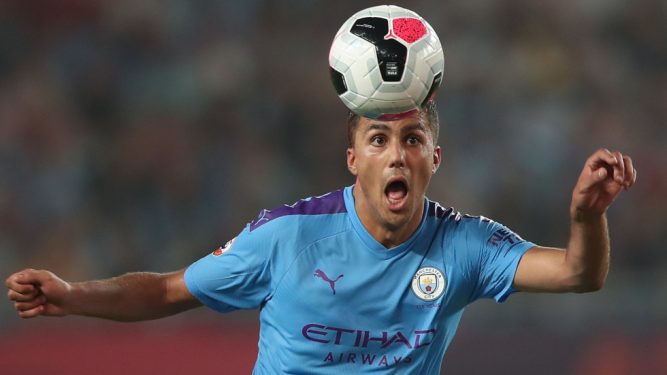 Clubs see debts mount during pandemic: Manchester City holding midfielder Rodri in action. The club, which is owned outright by UAE politician Sheikh Mansour, made a net loss of €147 million for the coronavirus-hit 2019’20 season, but City are confident of a return to profit. The debts some elite English clubs face is a stark reminder that without strong leadership and the proper adherence to governance rules they could find themselves in dire financial straits.

Manchester City, Paris Saint-Germain (PSG), Chelsea, Tottenham Hotspur and Juventus make up the top 10, with Arsenal in 11th place. Last October, Manchester United reported that their broadcasting revenue was down by 42 per cent from €278.3m to €163.6m. There was also a €262.4m fall for the 20 Premier League clubs in match-day takings, while commercial revenue was up by €107.7m.

Manchester United, Liverpool and Arsenal are the other three English clubs in the top 10. Manchester City paid out an average of around €8m per player. While they finished miles adrift of Liverpool in the Premier League race last year, Pep Guardiola more than made up for it this season. The €8m a player will look like great value should City continue to win major trophies.

Real Madrid president Florentino Perez described the ESL as a project to “save football” and accused Uefa of being a monopoly. The elite clubs were offered a ‘golden hello’ of up to €300m to play in the ESL midweek games from which they could not be relegated. There is no doubt that the project which had it run for the planned 23 years would have been a major game changer for the sport. 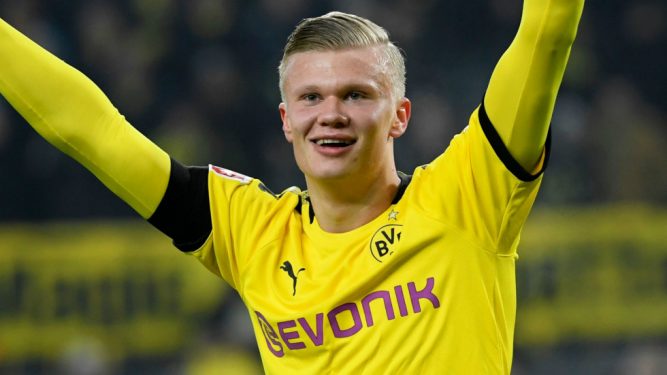 Striking deals demands bundles of cash: A host of top clubs have been linked with Borussia Dortmund’s Norway striker Erling Haaland for a transfer fee likely to exceed €100 million. Years of agents hoicking up transfer fees has come at a price and it is said to be one reason why agents get rich and fans find themselves handing over more money to support their clubs each season. EPL clubs paid out a record €320.6m to agents last year, despite Covid-19.

Uefa, Europe’s football governing body, is in advanced talks with the European Club Association, a self-styled ‘voice of the clubs’ group representing over 200 teams, in creating a joint venture to control all media and sponsorship rights. Teneo director Stephen Bradshaw believes that Uefa’s idea could see European teams and tournament organisers having an equal say.

“It sets a positive example around shared control and shared interests,” Bradshaw said. “The big clubs have massive clout and undoubtedly the big European tournaments are the cash cow.” But it is diffcult to say how things might unfold in the coming months. Uefa – a body that supported Fifa in awarding next year’s World Cup to Qatar – is working on plans for a new Champions League format.

A list of England’s highest-paid footballers for the 2020-’21 season produced by sports financial website Spotrac makes for interesting reading. It shows that Manchester United goalkeeper David de Gea is the EPL’s top earner on €22.6m a season. By the time the Spaniard’s current six-year deal ends in 2024, his €435,000-a week wage will have seen him net €205.3m pre-tax.

Manchester City midfielder Kevin De Bruyne is on €21.1m, which is what Arsenal paid Mesut Ozil before his contract was prematurely terminated in January. While at the Emirates, Ozil scored 44 goals and made 72 assists in 254 appearances. But his final days at Arsenal saw him fail to make last season’s 25-man first team squad and summed up the mercenary attitude of some players.

Having signed a six-year deal with Tottenham in 2018, England’s top striker Harry Kane is eager to be with a club that has every chance of winning major trophies, including the EPL.  Although his yearly contract at White Hart Lane is worth €12m, he knows that given Spurs’ current ranking among England’s top clubs and the fact that he is 28, a move elsewhere might well be for the best.

Manchester City and Liverpool are odds on to battle it out again for EPL honours when the new season starts in August. As things stand, Thomas Tuchel’s Chelsea and Manchester United look like the only two sides in with a real chance of breaking the hegemony. A lot will depend on which clubs can do better business in bolstering their squads during the close season transfer window.

Ole Gunnar Solskjær’s Manchester United signed a new five-year shirt sponsorship deal with TeamViewer, a German maker of remote working software, estimated to be worth about €275m. While the new contract, which starts next season, falls short of the club’s current seven-year deal with US carmaker Chevrolet, it almost matches similar deals signed by FC Barcelona and Real Madrid. 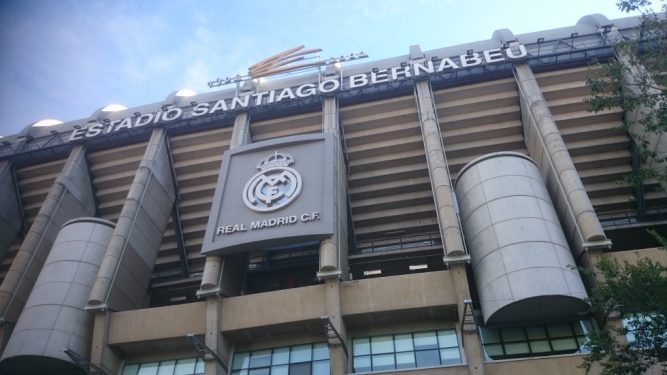 Like the proposed Super League, the EPL was a breakaway competition but open to lower leagues and with backing from the FA. With no ticket sales or revenue from in-stadium snacks of late, League Two clubs like Leyton Orient are on their last legs. Unlike the EPL clubs, they cannot rely on billionaire owners for help or cash in on broadcast revenue, merchandise and sponsorships.

British prime minister Boris Johnson was petitioned by MPs, two former FA chairmen Lord David Triesman and Greg Dyke, along with ex-footballer Robbie Savage to support the many historic community clubs throughout England in the same way as the arts and cultural bodies got over €1.7 billion in support from the Exchequer. Otherwise, the national league – the hand that feeds – could collapse.

Aside from economic issues, football faces other problems, not least racism. Uefa calls on fans to respect all players with media campaigns, club initiatives and gestures like taking the knee just before kick-off. Napoli and Senegal centre-back Kalidou Koulibaly and Manchester City striker Raheem Sterling have spoken out about being subjected to monkey chants and other abuse during matches.

Fans do themselves and the image of football no favours by racially abusing players. In turn, players too often decide to dive in the box as if shot by a marksman, verbally abuse referees, spit, clear their nostrils and curse so loudly in empty stadia that Sky Sport’s Rob Hawthorne feels obliged to issue an apology. Fans tire of players’ time wasting and referees stopping play for the slightest injury.

In 1994, Birmingham City managing director Karren Brady said that footballers were only interested in “drinking, clothes and the size of their willies”. She might also have added a penchant for bling and high-end sports cars. In fairness, some of today’s top footballers are showing less concern for the gaudy trappings of success and are ready to embrace a sense of social conscience.

Man United’s Marcus Rashford lobbied Boris Johnson for free school meals, while Raheem Sterling plans a foundation for young people. Liverpool’s Jordan Henderson urged players to donate in support of NHS frontline workers. Arsenal’s Hector Bellerin raised money to plant 58,000 trees in the Amazon after pledging 3,000 trees every time his team won a game before   the end of the season.

The pandemic is the biggest test English football has had to endure since the second World War. While no club has been immune to Covid-19, and the lower leagues have suffered more in relative terms, Europe’s elite have borne the most financial impact in absolute value terms. Deloitte says the safe return of fans to stadia in significant numbers is undoubtedly one of football’s top priorities.

The debts some elite English clubs face is a stark reminder that without proper leadership and an adherence to governance rules they could find themselves in similar dire financial straits as their European counterparts. Member-owned Barcelona is in the red to the tune of €1.2bn of which €730m is short-term debt. Barca president Joan Laporta must pay back €266m before the end of June.

The full extent of the financial impact of the pandemic on football will depend, in no small measure, on the timing and scale of fans’ return. Events over the past year have challenged clubs’ ability to drive revenue growth. But even Deloitte admits that any short-term ambitions the top clubs may have had will only be achievable as medium-term goals once fans return through the turnstiles.

The prize at stake is sizeable but it is hard to say for sure if even the most diehard fans plan to stay with the game or switch their loyalty to another sport or past-time. Things will become clearer once the effect of the pandemic on the global economy and the path to recovery from it are known. The financial impact of Covid-19 on English football may not be fully realised for years to come.