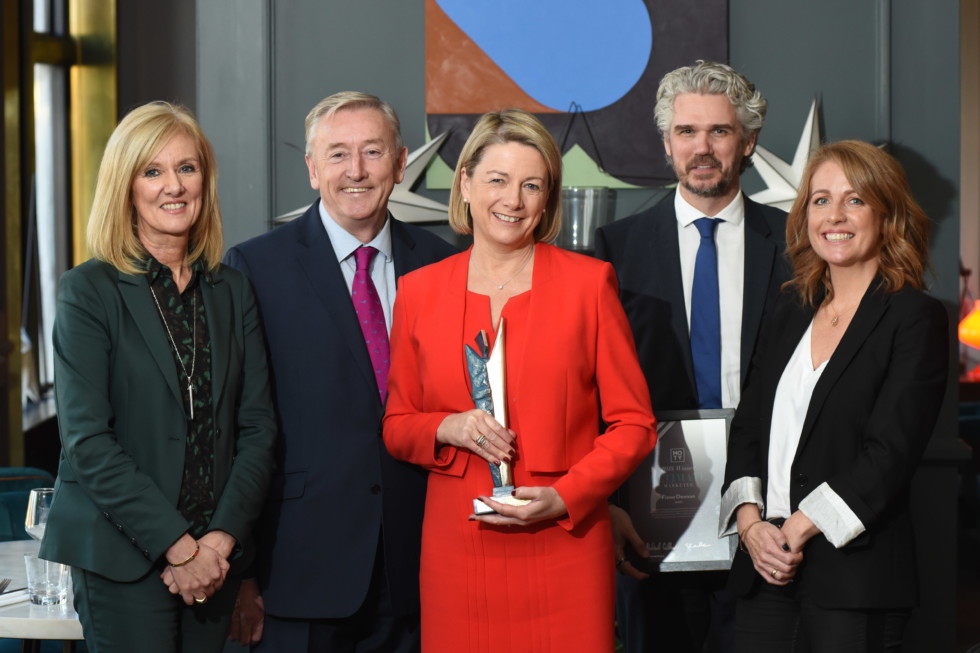 Fiona Dawson, global president of Mars food, drinks and multisales and a member of the Mars worldwide leadership team, is Ireland’s Ultimate Marketer. With its HQ in Virginia, near Washington DC, the family-owned business produces some of the world’s best-known confectionery, grocery and pet food brands. Mars has over $35 billion in annual sales.

Dawson is one of about a dozen Mars senior executives who report to president Grant F Reid from her office in Brussels. She spends about 70 per cent of her time travelling. At the time Marketing.ie first contacted Dawson about attending the Ultimate Marketer awards in Dublin, she was on her way to Australia. The week after she was on a flight to Washington.

As president of the UK business, Dawson drove the company’s cause-related marketing, with the Maltesers support for Comic Relief, which saw over £2.5 million donated to projects in the UK and Africa; Galaxy and Quick Reads, working to tackle adult literacy projects and the FA Mars Just Play which helped to get adults back playing football at a grassroots level.

A graduate in economic and social studies from TCD, Dawson, 52, has worked on advancing women’s entrepreneurship and human rights. She is a member of the Women’s Business Council and sat on the Economic Development Advisory Group to the UK’s Department for International Development (DfID). She is also a governor at the Reading Blue Coat School.

She served as president of the Institute of Grocery Distribution (IGD) for two years and was vice president of the Food and Drink Federation (FDF). In 2013, while president of Mars Chocolate UK, she was the first woman to win the Grocer Cup. Last year, she was presented by the Marketing Institute with its All-Ireland marketing champion award at the AIMs.

After joining the Mars graduate trainee programme in Dublin in 1988, Dawson’s first job was as Snickers’ brand manager in 1990. It was during the snack bar’s sponsorship of the Fifa World Cup in Italy – the first time the Republic had qualified. As she recalls, suddenly everybody in the country was a massive football fan. The atmosphere was “electric”.

She later left to join PepsiCo for a couple of years but found she missed “the Mars culture”, so she returned to run the Irish business in 1999, the same year she had the first of her two sons. In 2001, she was asked to move to the UK and became sales director for the whole Mars operation. In her heart, she knew she would not return to Ireland any time soon. 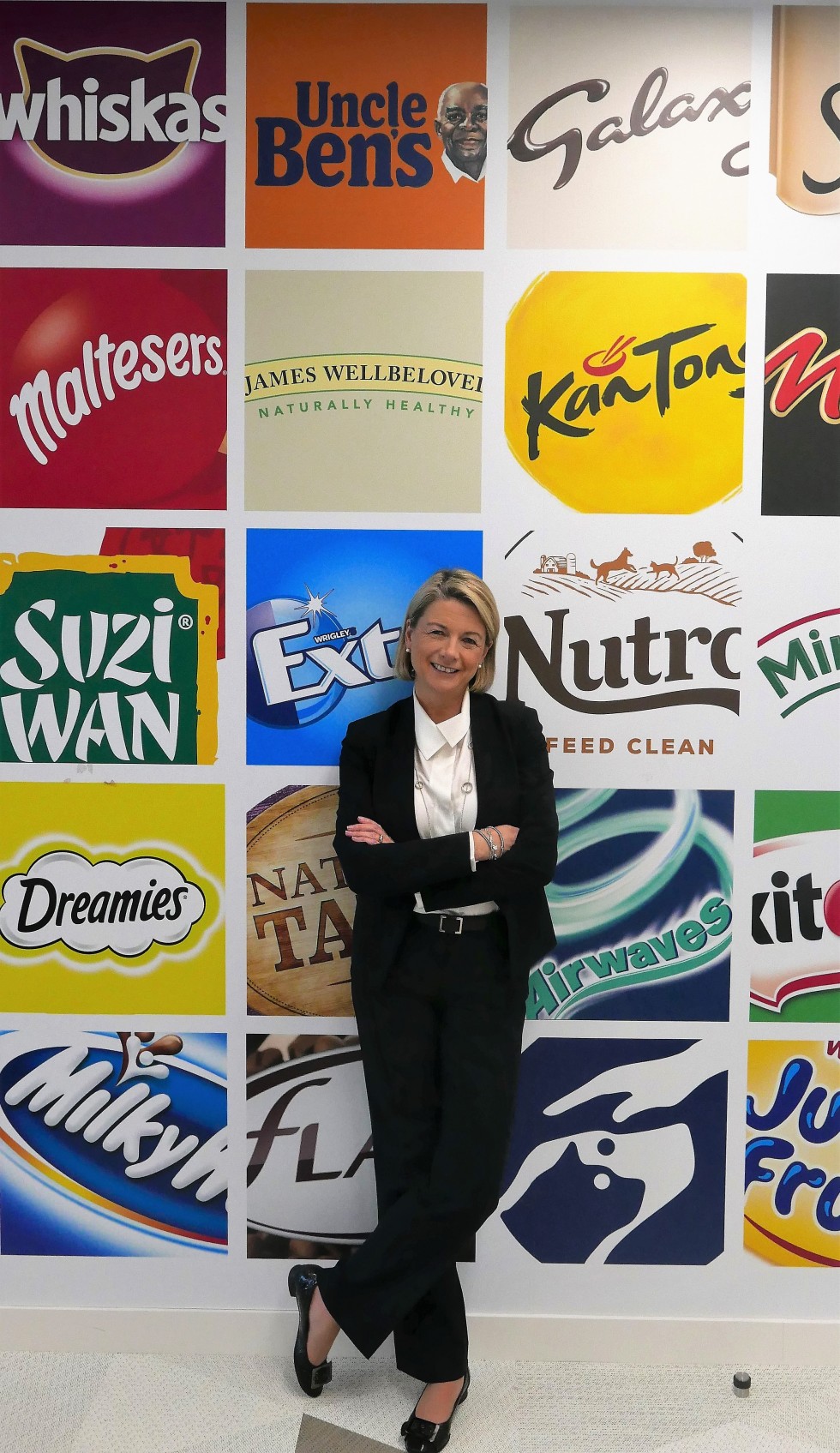 Dawson spent her early career at the company’s UK base in Leicestershire and nowadays she still tastes new Dolmio and Uncle Ben’s sauce recipes at its testing centre. She insists she is a big fan of Mars’ products and would find it impossible to do her job properly otherwise. She also works from her family home in Berkshire, where she has a video conferencing unit.

Dawson said she thinks more about opportunity than ambition. Her mum encouraged her to be the best she could be, keep unlocking her potential. It is an aspiration she hopes to pass on to her children. She once wanted to go into politics and possibly one day become Taoiseach.

Her dad, Adrian Cronin, the first Late Late Show director when Gay Byrne was host, warned her against a career in light entertainment. Mars employees refer to themselves as ‘Martians’ and are bound by five guidelines laid down by the Mars family in 1947- namely quality, responsibility, mutuality, efficiency and freedom. Dawson has mastered all five truths.

Mars has stringent nutrition criteria in keeping with World Health Organisation (WHO) guidelines. She wants to stay ahead of the move towards greater healthy eating. She makes the point that consumers must have some sugar in tomato sauces as tomatoes contain sugar. The company labelled some of its sauces as “occasional” foods due to the salt content.

She says confusion in the food industry has come from hidden fats, salts and sugars, where consumers express surprise at the ingredients used. Mars aims to be transparent. Their sense of egalitarianism was ahead of its time, including always having open-plan offices. Dawson launched targets to reduce sugar, fat and salt content in its products.

Salt has been reduced more gradually by retraining consumer palates. Times have changed hugely since the old ‘A Mars a day helps you work, rest and play’ advertising slogan of the brand’s heyday. Dawson is not haunted by the catch-line. Diet is a major focus today and consumers are far more health conscious, as is Dawson both a business leader and mum.

Mars cut the energy content of its chocolate bars to a maximum of 250 calories. It reduced the size of a Mars bar by seven grams to ensure there were 229 calories in a standard size bar. In the 1980s, the same bar weighed 49g, increased to 65g in the 1990s and then dropped to 51g. Dawson says she would never want a Mars bar to be a healthy option – it is a treat.

Dawson has a direct line to the notoriously secretive Mars family. The public has read little about them and what has been said is largely hearsay. “I genuinely feel that I have grown up with the family themselves,” she told the FT. “I obviously know them well… They don’t believe in celebrity; they believe our brands should do the speaking for the company.”

Mars chocolates have been made in Slough in the UK since 1932.

Dawson believes failing to secure a Brexit deal is not only bad news for EU economies and could have far-reaching consequences for jobs and pricing. Mars has 80,000 employees globally and its brands include Galaxy, M&M’s, Maltesers, Twix, Whiskas, Uncle Ben’s and Wrigley. The Ultimate Marketer is organised by Marketing.ie and sponsored by Alternatives.

When considering the nominations – the judges were asked to…