Much revered Netflix far from flawless

Even those living underneath a rock or anyone who broke lockdown by heading to a faraway planet to escape the pandemic would know that The Queen’s Gambit was a phenomenal success for Netflix. The polished series on an orphaned girl’s inexorable rise to chess stardom is now the streamer’s most-watched scripted limited series of all time with a whopping 62 million viewers.

Perhaps the legacy of the behemoth success of the show will be igniting the interest in chess with dazzling fortitude, a reported five-fold increase in new players online. The demand for chess sets went up 250 per cent on some platforms and after 37 years of its release, the original novel became a New York Times bestseller. Commentators and spectators dubbed it ‘The Netflix Effect’.

It describes the agent that catapults a series in fame. While I am happy to welcome our new digital overlords, my eye twitches when effects are isolated to players in this fashion. A series or movie having a broader effect than just being consumed? Insane. Netflix took a format, sugar-coated it with supersonic witchcraft and made it more potent than anything we called content before. 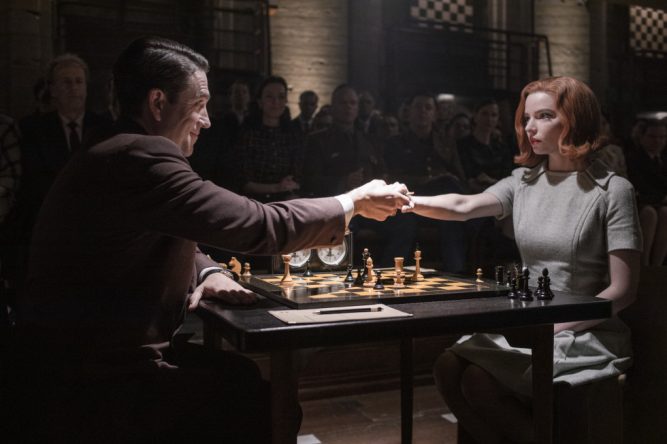 Chess tale moves Netflix in right direction: Netflix earned huge audiences with The Queen’s Gambit starring Anja Taylor-Joy. However, flexibility in commissioning output often has disappointing results. The original content produced by Netflix only amounts to a fraction of its licensed output. Take away other content and there would be a problem in getting people to watch it for free. Amazon Prime and Disney+ also struggle with fragmentation.

Compelling stories always had their props and viewers wanted the chance to own them. Ray-Ban’s Wayfarers went from obscurity to mega sales after Warner Bros released Risky Business. For a movie less blockbuster than Tom Cruise, 2012 saw the release of both The Hunger Games and Brave. Participation in archery rose 86 per cent and women’s involvement in the sport doubled.

In 1992, Home Alone 2 showcased Talkboy, a kid’s recording device which was not even on the market. The demand grew so great Tiger Electronics later rolled out a retail version that sold two million units in its first year. Brands which initially exist in the virtual world (in this case, a film) but can live in the real, physical world is known as brand precession (Duff beer) in the first order.

If Netflix did not create the impact of content on the broader culture, it most certainly changed the old TV format’s slow burn where with a studio-released episode each week, you had to sit down at the exact time it broadcast. Netflix did its TV shows differently by releasing an entire season at once. The running time of these seasons ranged from eight to 20 hours of content.

Netflix encouraged binge watching and talked it up as an escape from reality. The company’s 2017 press releases had 15 mentions of the word ‘binge’. Now, cast members of upcoming productions are specifically told not to use the term. Binge watching became a marketable term not just for new series and all episodes available at once, but as a handy way to market back catalogues.

With the advent of device negativity-time, dopamine inducement and over-exposure being linked to mental health risks, it suddenly became clear that anything consumed to excess is treated with extreme caution. Their flexibility in format was an ace up their sleeve. It started an unstoppable rise of Netflix, transforming viewing habits and making broadcasters tremor at their success. 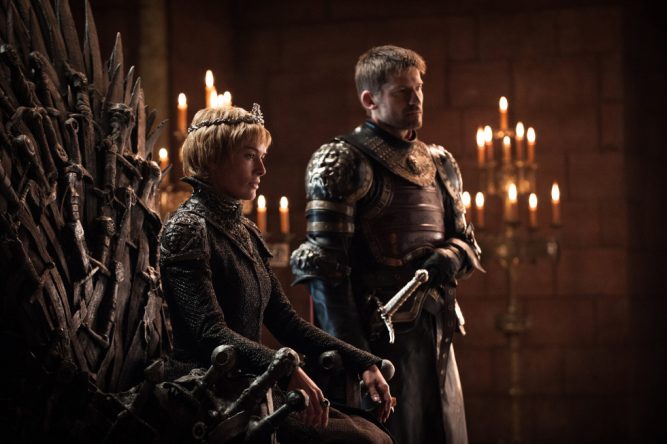 Being able to give space to Making a Murderer which could not fit into the well-measured TV space on networks became a row of gold for Netflix. However, that ignores a rather large elephant in the sitting room. Most of the time, the streamer’s flexibility in commissioning output has pretty rubbish results. The original content produced only amounts to a fraction of its licensed output.

Discard the small number of prestige titles it buys or finances a small number of occasions each year. It leaves very little and often what is left is mediocre. Even when it comes to new, original long-form serial drama, the biggest, like Game of Thrones (above), and the best still come from other sources, like HBO. So that flexibility over efficiency is an equation yet to swing in Netflix’s favour.

There is no reason to believe the production budget arms race will lead to better quality content, with a lot more miss than hit. All of this is not written to belittle Netflix. It provides a roadmap on accessing content without ads and the predictability of the networks. It bred new life into TV viewing. But we need to stop apportioning superpower to a mere mortal, albeit a sizeable influence.