ARNOTTS HAS A NEW LOYALTY CARD AIMED AT SWIPING A SMILE ON SHOPPERS FACES. LOU CONLON EXPLAINS ALL TO MICHAEL CULLEN

What in heavens is wonder? Taking the definition of the word as a noun, it’s a feeling of amazement and admiration caused by something beautiful or unfamiliar. Wonder can describe a remarkable person. When employed as a verb, the action of wonder is the desire to know something or feel curious – as in “how many times have I written that, I wonder?”

The flip side of the definition of the word wonder may arouse doubt. But Arnotts’ acting head of marketing Lou Conlon has no qualms about what the new Wonder loyalty card can do for the store first established in 1843. Doubt is not in her lexicon. With a BA in journalism under her belt, she’s articulate and chic and she knows a thing or two about fashion.

On completing her studies at DIT, Conlon was headhunted by the institute to create Ireland’s first ever postgraduate diploma in fashion buying and merchandising. She spent a year and a half researching international programmes and met with experts. She compiled and launched the syllabus, recruited the first 18 students and lecturers and organised work placements.

It was during her five years in college she helped produce the DIT Fashion Show, staged each year in Vicar Street and now sponsored by Vodafone. The show grew to over 100 students and using her best powers of rhetoric, Conlon convinced experts to work pro bono. Her drive earned her a marketing job at Dundrum Town Centre where she was for almost four years.

Now to Wonder. Developed over two years after much research, the task was to determine what shoppers want from a loyalty programme, bench marked against the best in class. “Lots of store cards are short on rewards and long on restrictions,” Conlon says, “but Wonder allows shoppers collect and spend points anytime and on anything, anywhere in the store.

“For us, it’s game changing for two reasons. One, it’s going to reinvent how we do business. Secondly, it’s store wide and we haven’t had such a loyalty proposition as yet. It’s also game changing in terms of loyalty programmes overall. While we’re late in the day in coming to market our use of the latest technology puts us head and shoulders above our competitors.”

Transactions can be made with the card, or with a free Wonder mobile app from Apple and Google Play stores. Conlon says there are no short straws or tricks, even when it comes to sale. Anything bought from the Arnotts’ beauty department earns double loyalty points. Triple points, three days before, the day of and three days after a customer’s birthday apply. 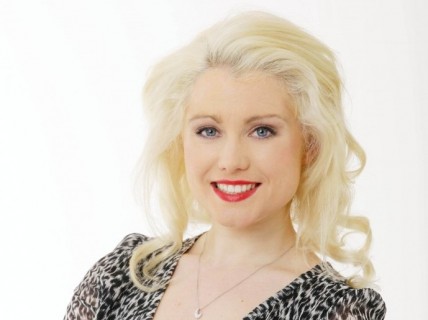 FASHION DOYENNE Lou Conlon says every point with Arnotts Wonder loyalty card is equal to a cent in discounts. So, 500 points gives €5 off a purchase, be it at All Saints or when buying a Paul Costelloe suit. The store houses the only Coach concession in Ireland outside Kildare Village. Jigsaw and Singapore fashion brand Raoul are two new concessions coming on board this autumn.

Customers can spend or ‘burn’ their points. They can use points to buy from 130 concessions. Or, they can save the points and get a Works Wonders Box with deluxe treats. Just 500 of the boxes are available annually, with the first collection out before Christmas. Customers may use their points to play a quarterly app Wonder game with four category questions.

There is no threshold before customers can start using points. Conlon expects the Wonder card to eventually have about 150,000 active users. With half of Arnotts’ business in concessions, some of which are exclusive, brand choice is not an issue – rather it’s deciding on whether or not the likes of He By Mango or the World of Orla Kiely should get the nod.

Conlon’s marketing team of 12, based on the fourth floor of the Henry Street store, worked with SparkQual and Chilli Pepper Marketing on R&D. The programme was built internally by the store’s ecommerce team, with Swiss Post’s platform as the solution provider. Javelin handles Arnotts’ creative advertising, with Initiative in charge of media.

A €200,000 “disruptive” campaign is planned, which includes ads in The Irish Times, Luas columns and universal tram interiors. The Late Late Show is part of the push too. Former Murray Consultants executive Sarah Williams heads up Arnotts’ communications. With her experience and Conlon’s background in journalism, a PR agency is surplus to requirements.

Arnotts is jointly owned by US private equity group Apollo and British retailer Selfridges and the two are trying to restructure the balance sheet. After engaging in fiercely fought rival bids for the debt laden retailer, they acquired their stakes in the department store by separately buying almost €370 million in loans sold by Ulster Bank and the IBRC liquidators.

Rivalry among the department stores is intense. Brown Thomas spent €1m on a digital upgrade last year and is investing another €1m in its website and adding online clothes sales to cosmetics and accessories. BT’s new accessories hall in its Grafton Street store got a €8.5m makeover. Budget clothing chain Primark plans to open its first US outlet next year.

What do marketers think of Arnotts?

Charley Stoney, group managing director, Alternatives, says she loves the store and always pops in whenever she’s in that part of town. She recently got married and chose Arnotts for her wedding gifts list. She was impressed by the friendly and personal service. She likes the many concessions on offer and the way Arnotts combines value and luxury shopping.

For Carol Fanagan, deputy managing director, Red C Research, the biggest drawback for her is Arnotts’ location. She favours Grafton Street when department store shopping and is a fan of Dundrum Town Centre. But like so many fashion store shoppers she rates Arnotts highly for the range of brands and “it’s great for gift vouchers”. To which she can now add: Wonder.