You can tell Geraldine Jones enjoys working in adland. To reflect her passion for the business, she quotes adland veteran and author Paul Feldwick and how he recounts how adland changed from the days of salesmen using one-dimensional print ads to more subtle seduction to win over consumers. Feldwick insists that advertising has to ensure a brand is ‘top of mind’ – that it’s famous.

To reinforce his point, Feldwick often refers to 19th century US politician PT Barnum as someone who sought fame. With his Barnum & Bailey circus, he pedalled hoaxes and embraced the word humbug. Jones is also a fan of Orlando Wood, who does not shy away from being critical of creative standards while stressing the importance of recognising right and left brain powers.

Conscious that there is more than a fair share of functional advertising out there these days and less of the wow! factor, Jones insists campaigns should serve two roles; engage and motivate consumers with concepts which set brands apart, while at the same time create work that adds to the bottom line. She believes the Effies, formerly AdFx, ensure the two roles operate side-by-side. 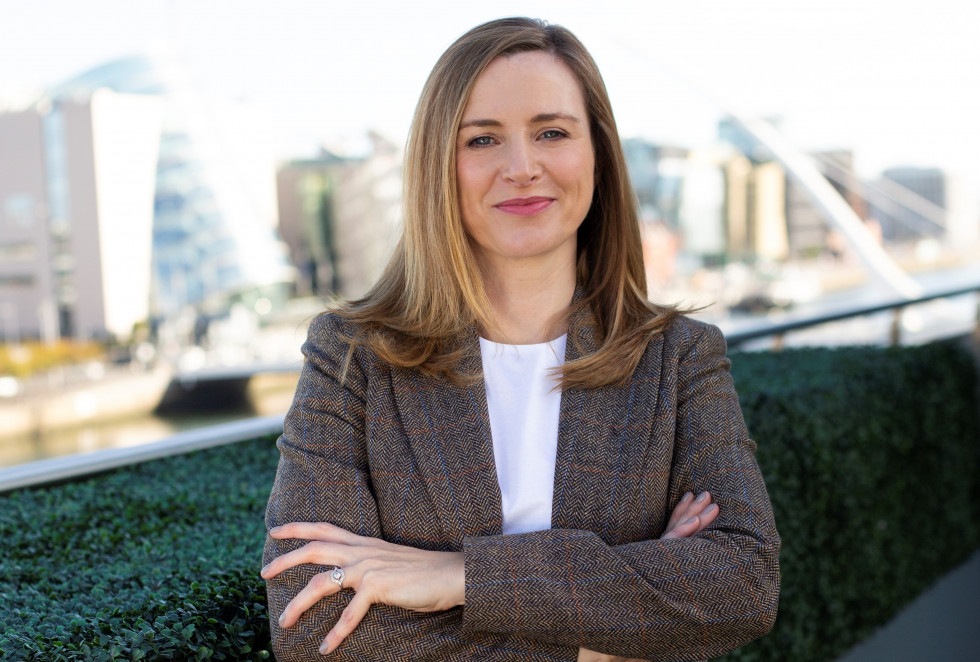 Teasing out issues person-to-person: Publicis Dublin managing director Geraldine Jones says Covid-19 highlighted the importance of collaboration in advertising. With so many client meetings and new business pitches being held virtually, it stifled the normal process of sharing ideas. Young people working in agencies deserve to get exposure to what advertising is really about, rather than having to learn from osmosis, by working from a spare room.

VHI Healthcare was one of the major winners at Adfx in 2018, taking the gong for dedication to effectiveness, measuring the success of campaigns of more than two years and highlighting the importance of consistency. The beautifully-animated accounts of patients getting medical care for life-saving procedures while knowing that they are fully covered by health insurance have served VHI well.

When Jones first left school she had her mind set on becoming a scientist. She had signed up for a science degree course at Tallaght Regional Technical College and was all prepared to travel what seemed like half way around the world from her home in Shankill to attain her goal. But she soon realised that life in a lab did not exactly fill her test tube and so she turned her attention to adland.

She went to study at the College of Marketing & Design in Mountjoy Square and this time there was no turning back. Science’s loss was adland’s gain. After graduating, she got a job with Canada Life in Blackrock. She soon decided that a career in advertising appealed most to her, so she applied for an account executive role at CDP Associates, located on Wellington Road in leafy Ballsbridge.

In 2000, Jones moved to Publicis as an account manager. QMP co-founder Conor Quinn was the agency boss with Jeremy Crisp as his deputy MD. She was then offered an account director role at Young Euro RSCG (now Havas Village). She spent less than two years there working on the Three mobile account, before returning to Sir John Rogerson’s Quay as an account director at Publicis.

In September 2014, she became the agency’s business director, which later morphed into her becoming chief operating officer (COO), a role in which she says she thrived. “I had the task of redefining the client proposition and articulating it in a consistent way that would set us up for the future,” Jones says. “It was about creating sustainable growth in an evolving world – a mix of promise and context.” 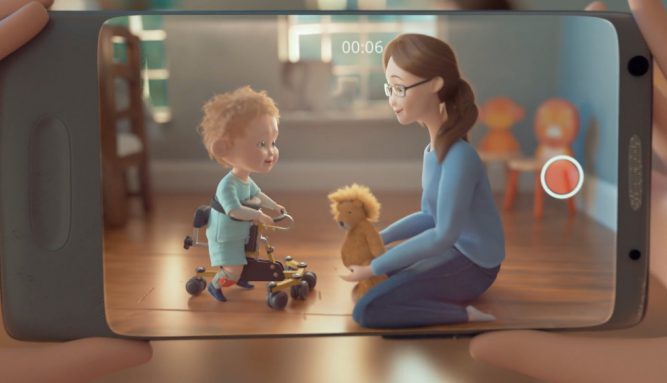 Healthcare stories work well for VHI: VHI Healthcare was one of the major winners at Adfx in 2018, taking the gong for dedication to effectiveness, measuring the success of campaigns of more than two years and highlighting the importance of consistency. Carol Lambert’s team create the ads, beautifully-animated accounts of patients getting medical care for life-saving procedures while knowing that they are fully covered by health insurance have served VHI well.

The agency had prepared for Burns’s retirement in recent years with a two-year programme which saw them lifting the hood and examining in detail all the moving parts below. The focus was on developing a broader spectrum of consumer understanding and strategy. Jones says the transformational process touched the operational side of the business and resulted in a new three-year plan.

“It needed to be the right fit,” Jones said. “It required a skills audits and investment for a new tech platform, for which staff are now training. No doubt we’ll encounter some speed bumps.” Earlier this year, Jones was appointed managing director after Padraig Burns’s decision to retire from adland and return to his native Sneem in Co Kerry to tackle various projects he had in mind.

Writing on LinkedIn, Burns said: “The news is out! After a wonderful 33 years in agency land, I’m very fortunate to be able to fulfil a long held ambition to leave the business a little early and start the portfolio life. Our very talented COO, Ger Jones, will be taking over in August. Thank you to all the staff and clients of Publicis, McConnells and Arks that made it so stimulating and so much fun.”

Publicis Dublin has an estimated turnover of around €7 million and 55 staff. The French network, headed up by Arthur Sadoun since Maurice Levy stood down in 2017, has a 16 per cent stake. The remainder is owned by 10 Irish directors, namely Jones, Ed Melvin, Ger Roe, Carol Lambert, Ronan Nulty, Jimmy Murphy, Niamh Skelly, Edel McCabe, Fiona Farrell and Chloe Hanratty. 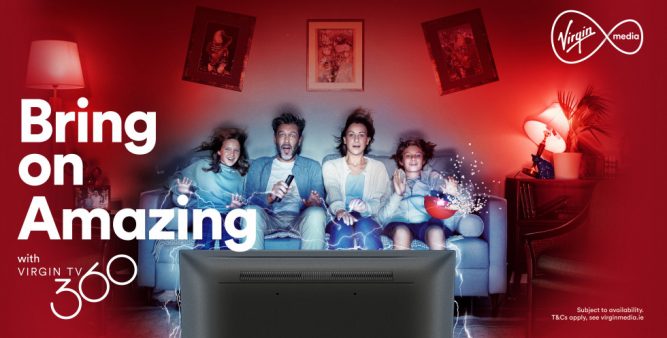 Clients include VHI Healthcare, Virgin Media, Renault, Spar, Gas Networks Ireland, Davy, Heineken, Dalata, Irish Water, Today FM and Standard Life. They recently lost TG4 to The Tenth Man and they pitched for Energia which moved to Core from Boys + Girls. Jones says there has not been a lot of pitches in recent weeks and reviews were down in number even before the pandemic.

Jones replaced former Chemistry boss Ray Sheerin on the board of the Institute of Advertising Practitioners in Ireland (IAPI) last year. She has a first class honours BSc from TCD in business management and marketing. No surprisingly, with Covid-19, the agency workplace is more fluid. There is a need for flexitime and they operate a hybrid model, with two days in the agency.

When and if the restrictions ease in the coming months, they will go 3-2 in favour of working from the agency. Jones says that turnover has been higher with more people leaving. The new hires have brought with them new and varied skills. “We’ve seen more people joining us from overseas.” she says. “For instance, we’ve one person from Peru and she’s worked for a year from there.”

The pandemic highlighted the importance of collaboration in advertising. With so many client meetings and new business pitches being held virtually, it stifled the normal process of sharing ideas in a physical sense. Young people working in agencies deserve to get exposure to what advertising is all about, rather than having to learn from osmosis, by working from a spare room.

On her return to Publicis in 2008, she found working on Mars and Cadbury’s particularly satisfying. While the agency no longer handles either of the two confectionery accounts, they have the joy of creating quirky campaigns for Tayto (above), with Ger Roe’s indefatigable sense of humour written all over them. Handling 02’s below the line work and Meteor were other highlights for Jones.

Talent and professional growth is one of Jones’s top priorities. Passing on old and new tricks to younger folk is not so easy in a busy agency. However, feeding and nurturing people’s curiosity is crucial. They host Thursday talks. During the lockdowns, they got the likes of Lenny Abrahamson, John Fanning and Virgin Media VO artist and Succession lead Brian Cox on board.

Jones is also keen to see diversity, equality and inclusion go on to assume a greater presence in adland. She praises the recent guidelines introduced by IAPI in an effort to break the paternalistic hold that has been endemic right across Irish business for so long. Publicis has had a 50/50 male-female board since 2014, so her landing the role of managing director was never an issue. 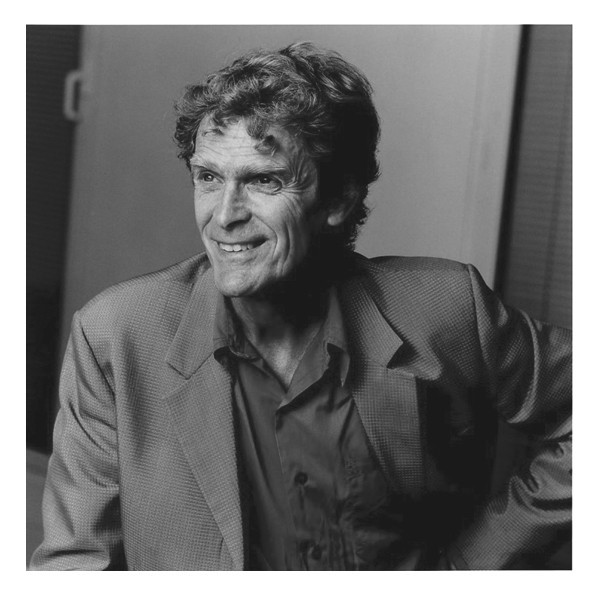 Speaking at an International Women’s Day event in 2018 in Richmond Barracks – where 77 women were arrested and held along with War of Independence leaders – Publicis director and the then IAPI president Jimmy Murphy said advertising must lead Irish business by being at the vanguard of diversity and inclusion in terms of their gender, sexual orientation, age, education and social background.

Getting back to creativity and the power of great ads, Jones refers to a recent podcast where Dentsu Ireland’s chief strategy officer Dave Winterlich interviewed Sir John Hegarty (right) of Bartle Bogle Hegarty (BBH). The man who created outstanding work for Levi’s and Audi, to name but two brands, spoke about the need for consistency, breakthrough campaigns and left-brain dominance in adland.

Marmite ads showed the need for communications consistency and the power of the truth, while the dearth of breakthrough campaigns may be down to lack of trust between client and agency, or perhaps the fact that agencies today are less good at selling than they used to be. How well would 501’s ‘Laundrette’ with Nick Kamen down to his boxers have done if subjected to an early concept focus group?

As Hegarty told Winterlich, advertising is a creative industry which needs mavericks to challenge the status quo. When the world zigs, zag – like the black sheep in the Levi’s ad. Adland has become professionalised to the point of being boring. Jones and Hegarty are one in agreeing on the need for creatives to be curious. To take off the headphones and observe what is going on around them.

As with climate change, action is needed – and now.