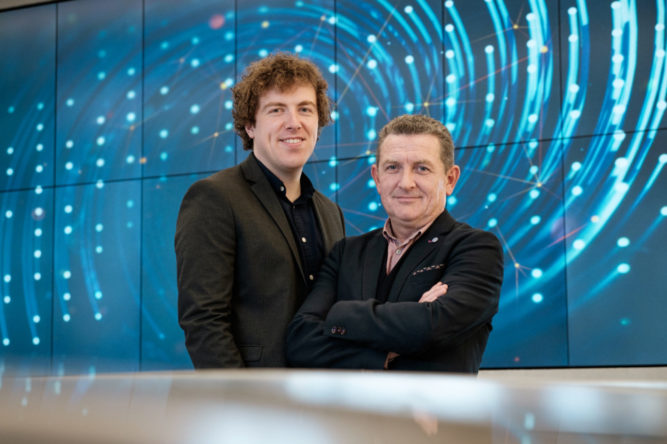 Core Media group’s Colm Sherwin and Eddie O’Mahony, above, explain why programmatic is set to dominate media buying and planning in adland in the years ahead

Programmatic technology and data is the future of media buying. Core Media Investment (CMI) is going through a revamp in how the group tackle media buying with programmatic at the centre of things. The investment team negotiates on behalf of clients across all media channels, including TV, radio, press, out of home, cinema and, of course, digital.

With a total headcount of 47 people currently on the investment floor – rising to 50 by year end – CMI expects that by the end of 2018 all digital in the Core group will be executed programmatically. As Eddie O’Mahony says, the way in which CMI goes about its business is a reflection on consumer trends and the seismic shift to digital and mobile use.

“We’re starting to see some definite trends,” O’Mahony says. “RTE is facing challenges, just like other terrestrial TV owners overseas. Few local publishers are making money which will have a knock-on effect on content and standards of journalism. We’ve seen some unethical practices in digital, marked by a lack of transparency in Google and Facebook.”

Core Media made the business headlines earlier this year when it pulled its ads from YouTube. Colm Sherwin explains the reason for the boycott. The Google subsidiary would not allow Core to use pre-bid technology, which enables them to independently verify all clients activity on around 1,200 sites. The issue came to a head in February with a stand-off.

The issue was resolved after YouTube agreed to allow the use of pre-bid. Challenges facing RTE include the growth in Netflix subscribers and how TV is now consumed. While the streaming service does not release market figures, it is thought they have in the region of 250,000 subscribers in Ireland. The figure is expected to double in the next five years.

The fact is the Irish TV market is forecast to see drop of between four and six per cent year on year Local programming is a big issue, as are live events, especially sports like GAA and rugby. Dipping into Liberty Global’s deep pockets, Virgin Media is now investing more in TV3. The station got one over on RTE by winning the Six Nations rugby tournament rights.

Sherwin compares TV’s woes with the rise of social media which is up by a quarter this year. Google and Facebook dominate digital growth with about a 70 per cent share. Overall, media spend this year will be flat. But if you were to strip out digital from the equation, a six to eight per cent decrease is predicted. That is the hidden truth – disguising the real facts.

When the economic downturn hit with a bang in 2008, out of home (OOH) felt the effects. But it has made up strong ground in recent years, albeit from a relatively low share of the overall market. OOH is now seen as one of the shining lights in Irish advertising. The other issue impacting on media spend is Brexit, the full impact of which still remains unknown.

O’Mahony believes that as Core Media is an Irish-owned company and a large number of its biggest accounts are local, that could well stand to them. “The UK market is stuttering and it’s in decline right now,” he says. “It will have ripple effects here. More and more brands are going for BOGOF (buy one, get one free) promotions in a bid to drive short term growth.”

Back in 2006, Core Media centralised all its trading arrangements with the establishment of Core Trading, now CMI. O’Mahony heads up the division as chief investment officer. He has a wealth of media agency experience and comes from an advertising agency background. His father is also Eddie O’Mahony, who headed up Peter Owens Advertising for many years.

Sherwin works directly alongside O’Mahony and is widely considered to be one of the best digital brains in the agency world. As managing director of Core Media’s group trading, he has extensive experience of digital strategies from working with Mediavest (now Spark Foundry), Radical and in London on digital and data projects with Zenith for four years.

With Sky AdSmart, pay TV rivals BSkyB and Virgin are rolling out a new TV platform. Advertisers will be able to access the market through a single source. It is about giving marketers advanced ad-tech at scale and with little complexity. Buyers want more scale for household-level addressable ads and for advanced buying to be made as easy as possible. 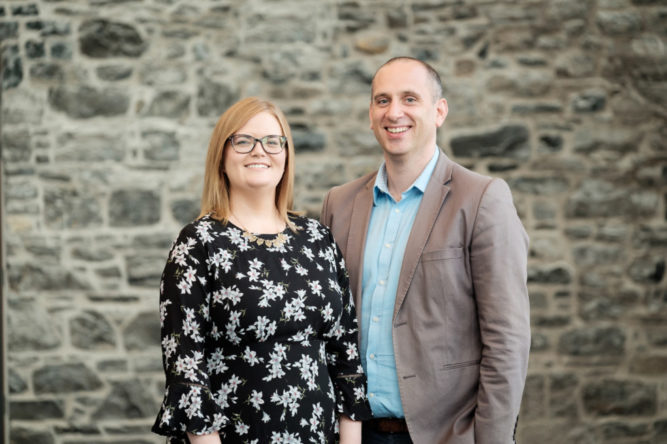 Negotiations in media space: Data is informing how, where and why people buy. The benefits of using data to inform is seen by technology. One buy in the Late Late Show can target a whole raft of  different consumers. Digital is not a complicated exercise and the marketing fundamentals are the same. Pictured are Core Media’s Christina Duff and Frankie Carty.

This development is unprecedented, as two pay TV rivals collaborate to grow the overall market for addressable advertising rather than fight each other for their own share of it. What clients and agencies want is easy market access. Many of them know the capabilities of addressable linear TV and they what they want is addressable across multiple platforms.

The deal is partly about countering the threat of online giants and their data-driven digital advertising. Both parties said they want extra sales houses and channels to benefit from the Sky AdSmart technology over time. The deal points to how the current focus is on what is considered the biggest opportunity: linear addressable on the set-top box.

Efforts to generate scale for addressable TV advertising are unlikely to stop there, and will probably include more platform partnerships. The challenge is to align two technology platforms. AdSmart, the addressable solution Sky developed with Cisco, is not being ported into Virgin Media, as it was seen as impractical and Virgin has its own ad-tech partners.

The long-term ambition is that the partnership should stretch beyond linear STB addressable to advanced VOD targeting and, ultimately, TV Everywhere services. In Ireland, Sky enables   Virgin Media’s TV3 channels for addressability on the Sky Ireland service and enables Sky channels on Virgin. Virgin does not have channel brands of its own in the UK.

In the study, Professor Yiting Deng from UCL School of Management and Carl F Mela, a professor at Fuqua School of Business in Duke University, found that it is possible to lower advertising costs per target view by over 90 per cent. The researchers used data from set-top boxes on what people view and scanner data on the viewers’ purchase history.

Homes were found to watch prime-time TV almost every night – with an average household watching it on 85 per cent of days – and for most of the evening, watching 88 per cent of peak hours from 8pm to midnight. Micro-targeting can lower costs and up profit, even in the face of ad avoidance. When buying ads in advance, costs can be lowered by over 90 per cent.

With real-time buy, it is possible to lower costs per view and yet increase viewings. In one case, views to target households grew by 47 per cent, while costs fell by seven per cent. Real-time ad buy can majorly increase advertising ROI. The best way to improve the ad profits comes from monitoring the same individual or household’s behaviour over time.

It also relates to the ability to buy slots in real-time instead of in advance. The report added that more effective targeting may open new paths to TV advertising pricing by allowing TV networks and cable companies to sell particular households as well as shows to advertisers.

While Colm Sherwin and Eddie O’Mahony know the value of programmatic and data technology is at the centre of what Core does, there is no getting away from the fact that creative ideas and producing the wow factor in campaigns remains the key component in advertising. As Sherwin says, you can algorithm all you like, but the old rules still apply.

O’Mahony returns to the state of the Irish media market in 2017. He points to the big gap between GDP growth and decreasing ad spend. Sherwin says last year there were gains to be made from the fact that there were a host of major sports events taking place in 2016. But it is wrong to compare year on year, you must allow for trends occurring over three to four years.