Young people are more clued in than older people often give them credit for and they can tell if brands are doing things solely for marketing reasons which makes them look less authentic, Thinkhouse boss Jane McDaid told a seminar entitled ‘Don’t Miss the Mark’. McDaid said older generations are not valuing young people or giving them the respect they deserve.

The event was centred on the ‘10 Be’s’. First off, be a problem solver. GlaxoSmithKline’s Savlon Healthy Hands Chalk Sticks campaign was a reaction to hygiene standards among school kids in India. As kids in India often eat with unwashed hands, stomach ailments are common. GSK launched Savlon Chalk Sticks to clean children’s hands and promote health.

Be a skills builder. McDaid says 60 per cent of young people are more ambitious than their parents. Be a productivity ninja. Use time effectively and be aware of time in motion when working. Be like a YouTuber. Do not blindly see rival brands only as competitors. Should an opportunity arise to work with a competing brand that is mutually beneficial, go for it. 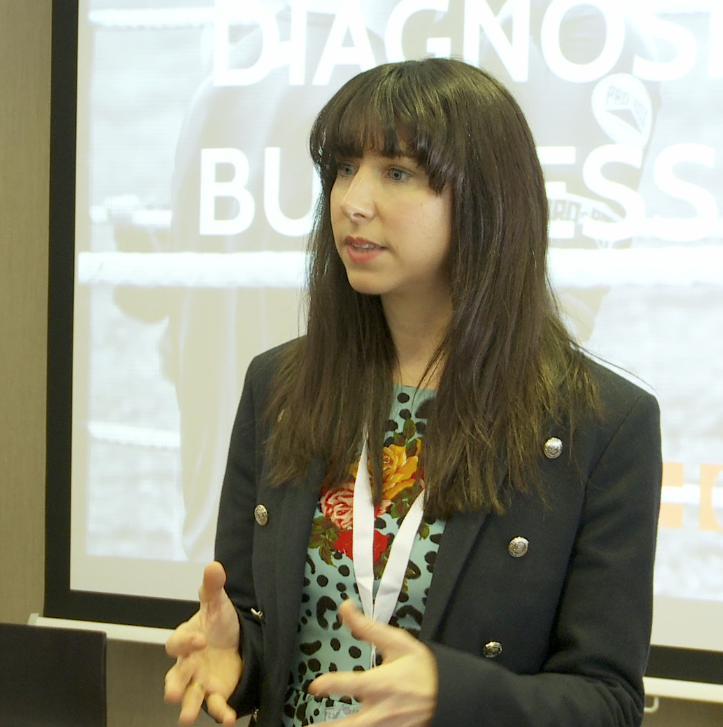 Be Instagram. Use colours that contrast as well as bold colours, use different filters, do not be afraid to change things and avoid playing it safe. Be less selfish. Think about young consumers and what their needs are and where they can get value. Be straight up. No BS, young people know what is and what isn’t marketing. Talk about what is relevant to youths.

Be more Kaepernick. Stand up for what you believe in, Nike’s market value increased by $6 billion since quarterback Colin Kaepernick kneeling campaign. Be more live – use social media stories to make your brand more personable to young people. Be shrink-like. Shrinks listen to people and try to understand them to see how they can solve the problem at hand.

Brand owners should do the same and be self-aware. Nick Johnson of Unilever Ireland said brands should be first developed with the consumer demand in mind, not the other way around. Johnson said Breyers ice cream was developed with a demand for a cool treat high in protein and lower in sugar than other ice creams. Breyers is currently fourth in the market.

Johnson also spoke about “falling in love with the problem” and how the Anglo-Dutch food and home care products group is built around solving societal problems – through its products, services and its outlook. He talked about the world’s impending food and water needs and how this is a phenomenal challenge for major multinationals like Unilever.

Chin Ru Foo, brand director, William Grant & Sons, spoke about spiced rum brand, Sailor Jerry, as being different to the likes of Captain Morgan. When it comes to marketing, Grants go for a grungier image. She said that they were zigging when everyone else was zagging. Everything the brand does revolves around “authenticity, relevancy and distinctiveness”.

Marketer of the Year Brian Higgins of Pieta House said brands that work with the charity must be committed to solving the problems around suicide in Ireland – not in it to profit, but to make a difference in tackling the stigma around all forms of self-harm. Darkness Into Light now covers 18 countries across four continents with €1.2 million in funds raised this year.

The Irish Kidney Association received 5,000 donor card requests the day after the show. Torpey said RTE will evolve in the next five years by providing information, entertainment and “an escape”. She spoke about the need for cross-departmental collaboration. Marketers should be in the room when a product is being created and not at the last step in the process.

Claire Hyland, head of insights and planning at Thinkhouse’s Youth Lab, talked about the era of self-salvation, namely the realities of what it is like to be young today. She talked about how young people see through the marketing hype and poke fun at bad marketing, while outlining the things that really impact on young people’s lives in Ireland today.

The speakers offered the morning’s gathering some top tips to take away. Nick Johnson’s tip is for brand owners to “sow first, then reap”. Chin Ru Foo says marketers should remain humble. Nora Torpey says keep product development in mind. Brian Higgins’ tip is the need to mindful of how you can “serve” the market segment for which you wish to add value.