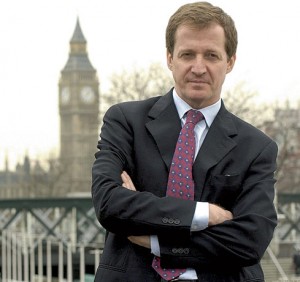 Alastair Campbell, the former British government press secretary and close confidant of Tony Blair, will be the guest speaker at the Marketing Society Christmas lunch in the Shelbourne hotel on Thursday, December 16th.

Journalist, author and broadcaster, the often controversial Campbell quit journalism in 1994 to work for Labour. He was an advisor and close friend of Labour leader Neil Kinnock and Mirror Group boss, Robert Maxwell.

In 2002, he was involved in the preparation and release of the September Dossier and the later Iraq Dossier which argued the case for going to war in the belief that Saddam Hussein had weapons of mass destruction.

Campbell famously said: “Come on, you don’t seriously think we won’t find anything.”  He resigned in August 2003 during the Hutton inquiry into the death of UN weapons inspector David Kelly and had a row with the BBC.

He helped Labour in the run-up to the 2005 election. That year, he was hired by Sir Clive Woodward to handle media relations for the Lions tour of New Zealand. Two years later he brought out his book, The Blair Years.

The book is based on the diaries he kept while he was Blair’s advisor. The notes are said to comprise two million words. Last year, he appeared in The Speaker series on BBC Two giving advice on public speaking.

This year he and Sky News political correspondent, Adam Boulton were involved in a heated debate. A reformed alcoholic, Campbell last year wrote about his depression and mental illness in All in the Mind.

A lifelong supporter of Burnley FC, he has been represented in Ireland by Paul Allen of Paul Allen Associates, a seasoned Fianna Fáil activist. It is understood Campbell’s society fee is in the region of €15,000.