An Post pays homage to Fr Ted with new stamps 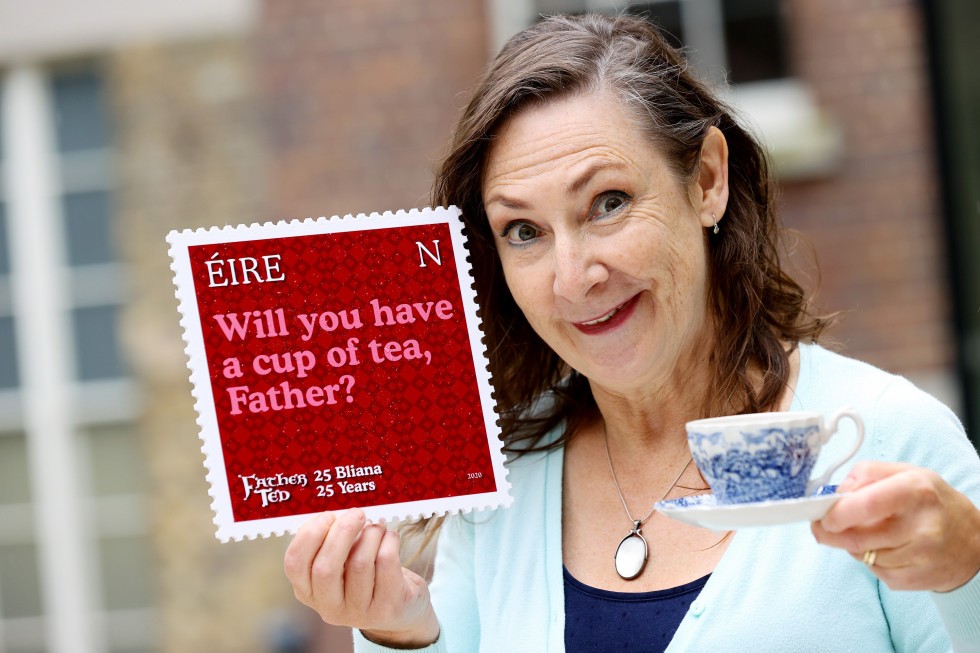 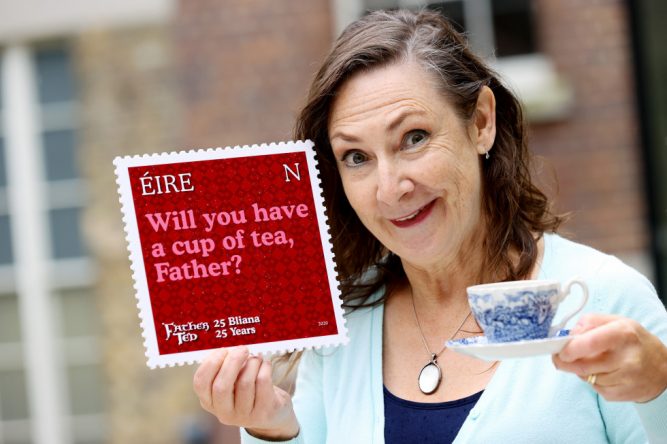 An Post has released a set of four fun stamp designs marking 25 years of Father Ted. The stamps feature iconic one-liners from the sitcom’s main characters: “That’s mad, Ted” (Fr Dougal); “That would be an ecumenical matter” (Fr Jack); “Will you have a cup of tea Father?” (Mrs Doyle) and the now infamous “That money was just resting in my account” (Fr Ted).

Retro wallpaper in the background of each stamp matches the different rooms in the Craggy Island Parochial House. The specially designed stamp booklet (€5.70) by Dublin’s Detail Design Studio contains five stamps celebrating the characters, their famed catchphrases and the world created by Father Ted, played by the late Dermot Morgan.

Four €1 N rate stamps cover postage in Ireland with a €1.70 ‘W’ rate stamp for postage worldwide. Stamps, a souvenir envelope and other collectibles are available online at www.anpost.com/shop and in selected post offices nationwide. In a recent An Post survey of 1,358 Irish adults, customers had some fun sharing their favourite Father Ted moments:

Father Ted, a comedy starring four unlikely housemates, trapped on an island off the west coast of Ireland, exploded onto our analogue TV screens in 1995. The series gathered a loyal following during its original run of three seasons, but has rarely, if ever been off air in the 25 years since. It was produced by Hat Trick Productions for Channel 4.

The hit sitcom was written by Arthur Matthews and Graham Linehan.