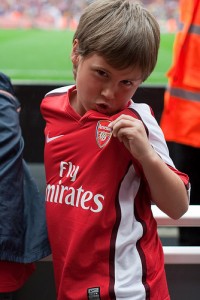 Arsenal Football Club is to offer its fans who travelled to Old Trafford for yesterday’s humiliating defeat to Manchester United a free ticket to an away game in this season’s Barclays Premier League. Manchester United beat Arsenal 8-2, with Wayne Rooney scoring a hat-trick and new signing Ashley Young adding a brace.

Following yesterday’s result, Arsenal manager Arsene Wenger is under pressure to sign a number of top players before the transfer window closes on Wednesday. The club is to sign South Korean forward Park Chu-Young. But Arsenal fans are also anxious that Wenger buys at least one new defender and a midfielder.

While news of the the ticket refund has been well received by Gooners, Arsenal increased ticket prices for home games this season by 6.5 per cent, making games at the Emirates the most expensive in Europe.