As Ireland recovers from the shock of Covid-19, Breandán O’Broin writes that marketers need to get to grips with the nation’s new internalised mood

Advertising is a frivolous thing. Up to recently, frivolity was missing from most of our lives. No pubs, no footie, no search for six, no hugs and no Tinder to set our feeble fires alight. Has the role of marketing evolved to recreate an awareness of the reassuring stability of brands? It’s one of the things advertising can do best – unearthing opportunity where there appears to be none.

Covid-19 caught us all by surprise.

The economic meisters were out and about in full force, blustering their ill-winds of gloom and impending doom. Bright advertising practitioners can turn that emotional deficit into a positive aura of empathy, relationship and a feeling that all will be well; we will be normal people again. As measures continue to be eased, it’s good to be getting back to the old ways. But let’s not just rehash the old thoughts.

Advertising is part of our new normality, possibly more so than it was of recent years when it had succumbed to generic strategies centered around collective triumphalism. We will live, for the next while, in a continuum of slowly-expanding bubbles as we learn with modesty how to talk in quiet voices.

Extraordinary new world: As Covid-19 took hold, TV ads like Three’s ‘Monster’ (above) by Boys+Girls, press ads and what seemed like a zillion radio ads were produced overnight. Out of home (OOH) only got a small slice of the abundant ad cake because everyone was all at home. The consumer was ‘in-in’ instead of being ‘out-out’. The main learning from the crisis can be summarised thus: one minute you’re up, the next you’re down and out.

Think deeply about how you go about reintroducing your clients’ brands. Persuade those nervous clients of the vitality that persists in their brands and the role they can play in the daily whirl. Know the full implications of whatever you’re promoting and be not afraid to rewrite a brand story.

Seek a space in still-troubled hearts and minds. Engage with researchers to find sensitive answers to delicate questions. Replace the worry and bring a little joy back into tentative lives. In our UnBrave New World, it’s best to tread slowly, for fear you tread on their fears.

LOCKED DOWN, BUT NOT OUT

The cornerstone of our faith in the efficacy of advertising is rooted in a belief in the long-term power of brands. It creates ongoing rewards in return for long-term, well-directed investment. How did long-established brands live up to their reputations during closedown? Did they enjoy market-share immunity or did some suffer from underlying conditions which could have endangered their survival?

Astute marketing helps heal the wounds and refresh the patient. What do CMOs think in their darkest hours? Would they prefer to be to be leader of a brand-new kid on the marketing block or still in charge of a long-standing member of the consumer society? An Aer Lingus or a Tesla? We can ask the same questions of our creative selves. If we’re good enough and brave enough, we’ll say “bring on both”.

Everyone agrees on the importance of learnings. They help get you out of a hole; they are the acceptable face of things going belly-up in the first place. Learnings allow us to ‘move on’, preferably ‘at pace’. Humble advertising folk have long accepted the slings, arrows and accusations of being prone to over-promise and puff, sometimes with little science to back things up when budgets need appraisal.

Now they find themselves some highly-surprising illustrious bed fellows. Purveyors of snake-oil have been joined by the scientists. As Covid first wove its way into the lungs of society, health ‘experts’ were swiftly granted the status of high priests. When we needed guidance, we went to the oracle of NPHET. The many oracles spoke ad nauseam, issuing profound edicts which the nation was duty bound to follow.

Even in their highest heydays, Archbishop John Charles McQuaid or uber-leader Eamon de Valera never managed such unanimity of obeisance. Nightly, the oracles presented their campaign plans and, on the instant, the clients, our Government, signed off on their proposals. 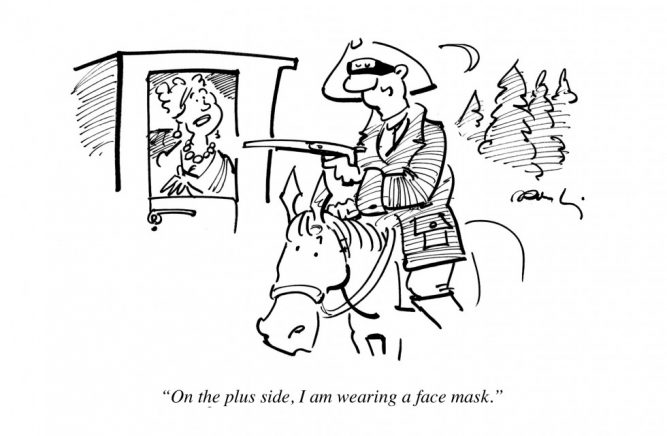 Shit happens to folk, happens to brands, happens to damn near everyone and everything. At the birth of Covid, politicians of every shape and hue, media analysts turned-fans and the rest of res publicae united in ‘being led by the science’. We believed every opinion that emanated from the perfectly-formed rational minds of the scientific community who themselves appeared to be united in certainty.

(If only clients behaved in like manner, thought many a frazzled account director). Professors Luke O’Neill and Sam McConkey became darling boys of the talk shows. The chief medical officer at the Department of Health, Dr Tony Holohan, was all but declared ‘Father of the Nation’; a stern father with a fondness for rules, but a caring one known even to help out with the grocery shopping at his local Dunnes store.

The unity of purpose was admirable, the strategy clear cut, the implementation impressive. Go home and stay put, we were told, and most of us complied. Cities and towns turned into deserted villages while our nation’s creative energy dissipated. In response, the eagerly Zoomed together, meeting up on computer screens, pretending to work, but soon admitting that this wasn’t really working.

Neither was it much fun, to be honest.

Six weeks later, the carapace began to crumble. Are some experts all mouth and no mask, we began to ask? Was it all a conspiracy, the conspiracy theorists suggested? Why are our leaders so slow to change? asked the people who demanded immediate change. Did Black Lives Matter so much the social distancing rules that could be cast aside so the rightly aggrieved could assemble en masse?

By the time we arrived at Covid week 12, the scientists were scrabbling at each other like cats on a hot tin roof. In the UK, the editor of the Lancet, world-acclaimed home of scientific authority, lashed out at Sage, the elegantly-branded UK equivalent of our unpronounceable NPHET. Was this the social revolution we had all long promised ourselves? Is this where people power would take us all?

Would extreme public volatility spread like wildfires in Australia? Meanwhile, up in Leinster House, our political leaders fiddled; arguing about how to control cow farts while meat factory workers continued to cross-contaminate each other. It was beginning to look like the centre might not hold. But hold it did, as a nation’s caution overrode irrational fear and the old order began to reassert itself.

Support for Leo Varadkar and his Government soared to unprecedented heights and the Holy Trinitarian Government began to emerge – ‘The Doc Martins’, as some wag wisely christened them. The Greens looked into their political souls to divine ‘what’s best for the country’. They thought about eating their party leader, Eamon Ryan, for breakfast immediately after he brought them back to the dinner table.

Talk about loyalty to your brand.

Assuming your client is brave enough to shoot a new TV commercial, you will be faced with delicate decision-making when it comes to choosing the cast and the scale of the shoot itself. Do you reflect Covid concerns and omit hugging, kissing, eating, drinking and generally getting together?

Traditionally, many commercials feature aspects of social togetherness – from The Team of Us to happy family get-togethers. It’s saying “our product delivers more by adding joy to life”. Current social guidelines would result in new commercials resembling the beer ads of yore when the puritan protectors of our nation decreed that no more than six people could be seen sharing a night out together. 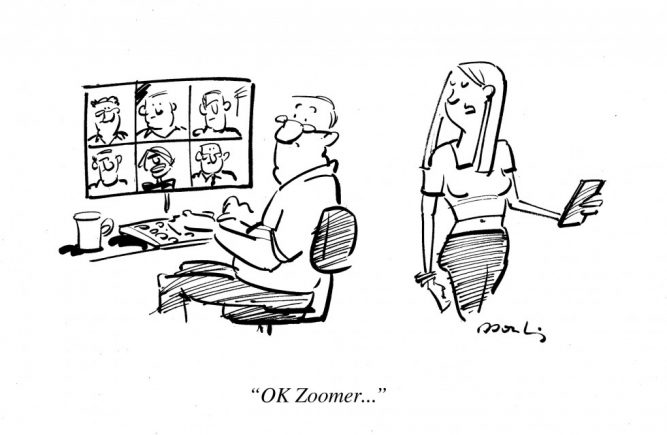 So how will your emotive Christmas supermarket ad finish? With a huge intergenerational blow-out or a sad-looking scenario with mum, dad, a few kids and poor old Granny peeping in on the Zoom? An even more delicate matter might involve who you cast rather than how many. Some agencies were quick to align themselves with Black Friday protests after the killing of George Floyd in Minneapolis.

But when it comes to putting faces on the TV, how much will black lives really matter? Will you advise your client to avoid controversy or to show support for minority communities in Ireland? If you choose the latter, can you avoid being accused of jumping on the multi-coloured bandwagon?

Inclusivity seems easy, until you have to become visibly inclusive. (In the UK, an initiative called Brand Share the Mic has been launched to enable black voices take over the Instagram accounts of big brands for a day to showcase their talents).

If there’s a relevance to these thoughts, it’s to illustrate how virulently volatile the national mental template has become. How will marketers adopt to this state of permanent flux? Will Covid-19 and BML mutate into an ongoing spike of consumer involvement in social and political issues?

Brands can offer a welcome constancy in an unpredictable climate of change, but only if they don’t go into hiding. Representative bodies for advertisers, agencies, media owners, creatives and film-makers must advise their members of best possible practice.

Agency MDs need to carry the fight into the boardrooms and not linger outside the corridors of power. Substance is critical to our argumentation, but style matters too. Ireland needs a Rory Sutherland. As we remind ourselves, we are all in this together.

That’s it; enough Stray Thoughts for now. We welcome the return of Marketing.ie and in this the 30th year of the magazine, we take the chance to be thankful and celebrate with our loyal and supportive readers and advertisers. We wish everyone a speedy recovery, ourselves included, warts and all.

Breandán O Broin is founder of Company of Words