Guns or Knives: Weapons at hand 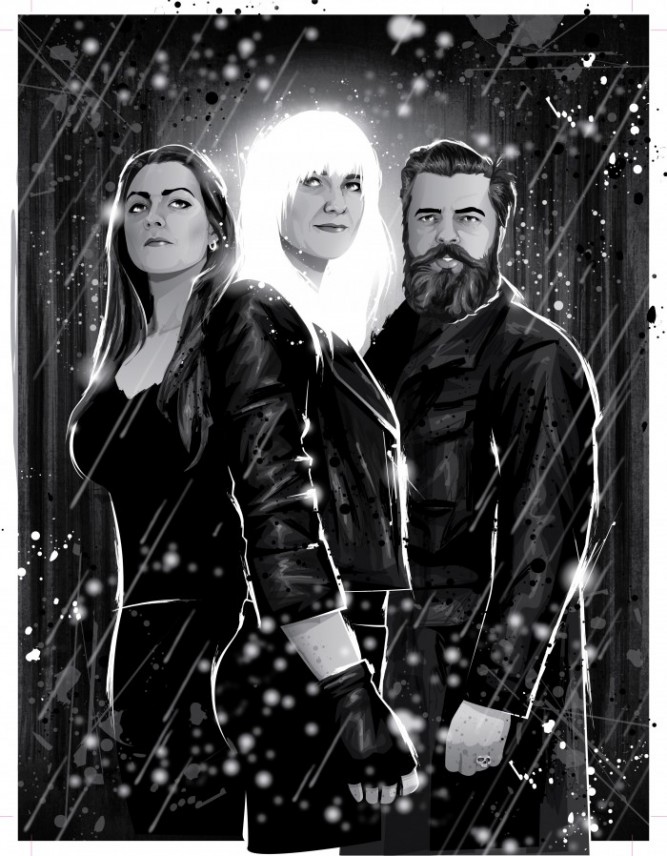 Working in the shadow of a top advertising agency is fraught with fear. Ask Zara Flynn, who as managing director of Guns or Knives, faced the task of differentiating what they do for clients from the ‘mother ship’, Rothco. Now in business for 20 years, Rothco has grown to become Ireland’s top independent creative agency with an enviable client list.

The agency came about after an exchange of ideas and several pints of Murphy’s with founders Paul Hughes, Patrick Hickey and Patrick Ronaldson. But there before them hanging on the wall was a print of a painting by Latvian-born abstract impressionist Mark Rothko. Eureka! Agency name sorted, the job now was to nail down some decent clients.

Flynn took to a new path three years ago when she moved over from Rothco to help develop Rothco Social+. Flynn says Social+ was one of those “really confusing, what-the-hell kind of name” set-ups. People found it hard to tell if they did social media or promotions, or, as Marian Finucane so often says on air – “whatever you’re having yourself” below the line.

With Rothco in the title, there was a tendency for it to get in the way of winning new clients. Kevin Keenan is creative director at Guns or Knives. He was an art director at Cawley Nea\TBWA before going out on his own five years ago. While his LinkedIn page is convoluted, he’s clear about why they called the agency Guns or Knives. “It came from a  choose your weapons philosophy,” Keenan says. “There’s a lot in the arsenal for clients.”

But does he believe that some clients might be a little put off by the name? “Yes, totally,” he replies unequivocally – “it’s boisterous.” Flynn admits her mum hates the name. But Roisin Field, the agency’s client service director, say that when people rationalise it, they get the gist about weapons and how properly armed campaigns go on the ‘attack’ and score goals.

Flynn says that for the last year and a half or so, they had wanted to drop Rothco Social+. They came up with about 10 different names and kicked them around for a while. Then Keenan had a notion about Guns or Knives. They shared the idea with clients and floated a few of the other names by them. So what were the other nine or so suggested names?

Keenan explains. “Taking the alpha male and the girls and stuff… We kind of thought, well wouldn’t be fun to mix the guy and the girl attitudes on the basis that ‘Well, I want the word chainsaw’ and girls said ‘what about unicorn?’ So we had Chainsaw Unicorn as a second choice… for about half an hour. That’s what I’d have gone for, given the chance.”

But Flynn says they all came around to the concept of choosing weapons and that is why Guns or Knives won out in the end. They created a launch kit for clients which showed the practicality of various ‘weapons’. For instance, what appeared to be a black combat knife at first glance was actually an innocuous umbrella, providing cover for all those rainy days.

Flynn makes no apology for the tongue-in-cheek approach. “Anything can be a weapon, whether it’s nail polish for the girls… We shouldn’t take ourselves too seriously. We’ve fun in what we do. Of course, we’re serious in our work for clients but if we can do the serious bit and have some fun along the way, win-win.” Creatives are said to be a cynical lot –more so than journalists or lawyers – but Keenan was chuffed by the reaction to the name.

“The whole fighting thing is about helping a brand fight its corner,” Keenan says. “To get more turf, be it on the supermarket shelf or in mind space. That’s kind of where the whole fighting the good fight thing comes in to it.” Flynn throws a bouquet Keenan’s way. “He’s too modest to say it,” she says nodding in his direction, “but it’s hard to find great talent.

“It’s not as if we’re making shiny TV ads all the time. We needed hard-hitting creatives with different backgrounds but struggled to find them out there. We now have three creative teams. Once Kevin arrived, they came on board like there was no tomorrow. His reputation as a maverick paid off. We want another creative team and more on account management.”

For Keenan, a name is like an identity, a signpost to an attitude. The attitude informs the work. So you need to move beyond the name and back it up with the right sort of work.

Now that Guns or Knives is safe and sound, they want to get great work out there and push for new business by building a strong agency reputation. Flynn says that while off-the-wall names like Strawberry Frog and 72AndSunny are fine and dandy, it’s the work that counts.

Field says recent client gains include Orangina, the soft drink which Suntory bought from Pernod Ricard and was previously with Havas. They are now also working with JustEat.ie, SCA’s Cushelle tissue, to add to Ladbrokes, Jameson and Bayer. Clients they share with Rothco include AIB, Meteor, Heineken, Hailo, Lyons Tea and Gas Networks Ireland.

Illustrator Mark Reihill created this month’s cover image with Guns or Knives directors Roisin Field, Zara Flynn and Kevin Keenan. Reihill began his career with a Belfast agency. He became a freelance artist, creating album covers and character design. He has worked for the likes of Coca-Cola, McVitie’s and Empire magazine. He does all the menus and wall illustrations for the famous Dead Rabbit cocktail bar in New York’s Lower Manhattan.

Guns or Knives does a lot of work overseas. The day may well soon arrive where they find themselves pitching against Rothco for new business. “It will happen,” Flynn says assuredly. “The business is less about 30-second TV ads or in-store promotions where you get a coupon   and more about creating consumer and moments – so we’ll amplify ideas for clients.”

Flynn refers to Volvo Live Paint where painted pedestrians are made safe when lit up by a car’s headlights. When Rothco first started, it was considered strong in below the line, particularly promotions, bagging lots of awards. Unlike the cobbler’s children who go barefoot, the Rothco mantra ‘Ideas that grow business’ has stood with them.

Guns or Knives will hope the same applies to its ‘Choose your weapons’ catchcry. 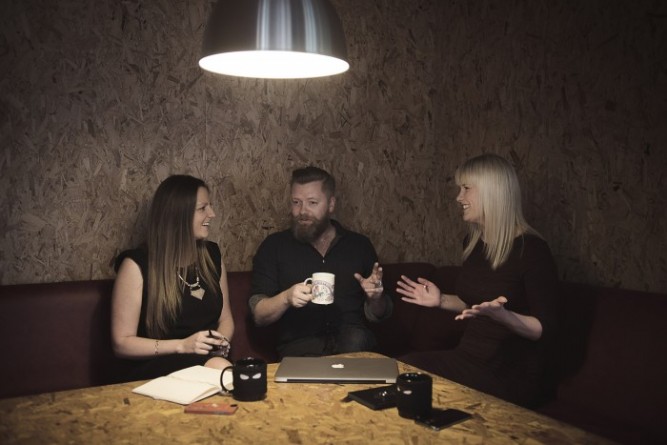 Barrel of laughs: Róisín Field, Kevin Keenan and Zara Flynn discuss engagement strategies. The message they wish to convey to clients as an agency is “choose your weapons” wisely. They created campaigns recently for Heineken European Rugby, Lyons Tea and AIB.

View all posts by Michael Cullen →
Sponsorship: A question in sport
Adland’s tirades