As Britannia bids adieu to EU

Brexit is “the undefined being negotiated by the unprepared in order to get the unspecified for the uninformed”’. There is a lot of similarity between the Donald Trump’s ‘Make America Great Again’ and the ‘Take Back Control’ approach of the Brexiteers. Trump is an open book but those behind the drive to unyoke Britain from the clutches of Europe proved less evident.

Nigel Farage and Boris Johnston were the political faces of the campaign, but controlling the puppet strings was eminence-grise policy wonk Dominic Cummings. In Channel 4’s Brexit: The Uncivil War, Cummings was played by Benedict Cumberbatch. In a ‘eureka’ moment worthy of any creative director, he added the word ‘Back’ to the slogan of ‘Take Control’.

Cummings persuaded his campaign colleagues that this was a more effective hook. The voters had to reverse in order to go forward, harking back to the rose-tinted days when Britain was a Great empire. Cummings sent out over a billion social messages to his well-targeted audience, encouraging them to believe they had the power to turn back the clock.

Dominic and The Donald were singing off the same strategic song sheet. Both disrupted the established social apple-carts of their nations. When the deed was done and the vote was won, Cummings wrote in a blog that his advice to marketing folk was to invest in physicists rather that communications people from adland in order to promote the brand message.

“Never believe what advertising people tell you about data,” wrote Cummings, “unless you can independently verify it.” Cummings questioned the veracity and accuracy of our industry’s social media advisors. Mind you, he also labelled that once-upon-a-disaster Brexit secretary David Davis as “thick as mince and lazy as a toad”. So Dominic can’t be all wrong.

Who, if anyone, plays such a key strategic role in shaping our political discourse? Frank Flannery once had the ear of Fine Gael, while the inimitable PJ Mara looked after ‘Il Duce’, Charlie Haughey. Taoiseach Leo Varadkar’s spin unit had a brief and ill-starred existence as the media hacks took umbrage at the deluge of PR releases that passed for policy statements.

In Ireland, it seems that if you want to work in the shadows, it’s best to stay in the shadows.  Privately, you can indulge yourself in casting the star who will play you in the movie.

Would such a disruptive strategy work in Ireland? On the surface it appears there’s little mass appeal in promoting a platform of the past to Irish voters. Mostly, we think much of our past was pretty crap – and mostly we’re right. But who knows for sure? Is there space for a Celtic Renaissance rather than a Celtic Tiger? The wonks in the Celtic shadows are working on it. Physicists mostly, very few ad people.

No man is an island

Rarely if ever was a truer word expressed in a poem. English poet John Donne nailed the universal reality back in 1624 by his observation (insight) that it was near impossible to exist in a totally enclosed, self-perpetuating bubble. Donne went on to write that “Every man is a piece of the continent, a part of the main”. He then made a remarkably prescient comment.

The great bard added that “if a clod be washed away by the sea, Europe is the less”. Today, the great enablers of our marketing brother and sisterhood utilise this mutual need for integration and sense of community for promotional as well as social objectives. Sometimes they get it right and sometimes they screw up. Take the recent case of HSBC Bank.

Like Ireland, Britain is also an island and no amount of copywriting hyperbole can alter that immutable fact. But in pursuit of an inclusivity strategy, HSBC Bank decided to proclaim that Britain wasn’t anything of the sort in a recent corporate campaign. ‘We are NOT an island’ the ad insisted, as it praises the benefit of foreign cultural influences on British life. 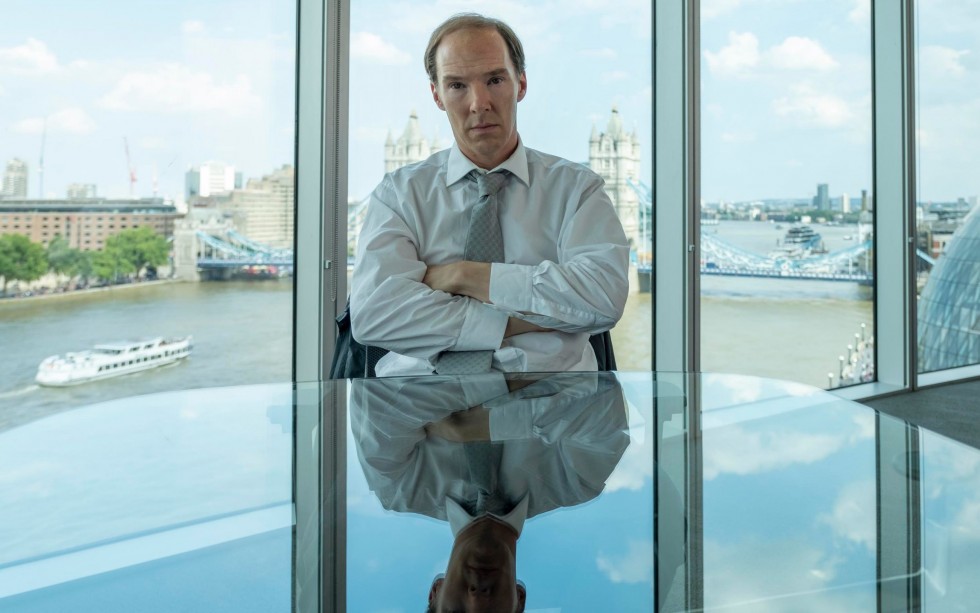 Hell-bent on leaving EU: The New European said Remainers struggled with Channel 4’s Brexit: The Uncivil War, the EU referendum drama starring Benedict Cumberbatch (above). It heroised Dominic Cummings, the spin doctor David Cameron described as a “career psychopath” and the man who coined the ‘Take Back Control’ slogan and told porkies about Turkey joining the EU and NHS costs.

“Oh yes we are” responded many beleaguered Brits, particularly those eager to Take Back Control. “Corporate claptrap and anti-Brexit propaganda”, shouted opponents. On social media it was stated the ad was a purposeful attack by the multinational British bank and its JWT agency on working class people and an example of “anti-patriotic hatred”, no less.

The creator of the Conservative Home website sharply reprimanded HSBC by reminding them that Britain “is an island full of villages and towns your bank deserted, cleaners you underpaid, overseas money you laundered and an economy you decimated”. UKIP’s deputy leader, the curiously-named Mike Hookem, declared the campaign to be a load of nauseating,   sub-literate corporate claptrap pretending to be about who and what characterises a Briton.

“You are about one thing and one thing only – and that’s making money”. That’s a level of virulent criticism you’d rarely read in Marketing.ie, witness the positive perspectives on the role of advertising in Ireland by John Fanning and Carol Lambert in last month’s issue. In realising we’re an island, we accept our need for community. We need each other.

Britain needs no other. Or, so it thinks.

Britain’s social media influencers are not playing by the rules. The UK advertising watchdog has cautioned between 200 and 300 social sweet-talkers for illegal postings on the likes of Instagram, Snapchat, Facebook and other channels. Last year, the regulator revealed it was readying a crackdown on brand messages that don’t properly signpost paid-for promos.

The ASA said consumers shouldn’t have to play detective to work out if they’re been the target of an ad. The status of a tweet, blog, vlog or Instagram post must always be clear. The World Federation of Advertisers (WFA) found that 65 per cent of major brands have plans to increase their influencer investment in 2019, with Instagram the main media benefactor.

A sizeable percentage of the younger population is aligning itself to a more ethical way of living and consuming. Veganism is on the rise – in theory if not in practice – with Lancet reports telling us beef is bad for the planet. Go Vegan campaigns are to be seen on city streets and in shopping centres, as well as newspapers and magazines in Ireland and beyond.

The Vegan Group’s hard-hitting ads are purposefully disruptive in nature. They are eager to change behaviour by doing damage to the dairy industry and meat producers alike. One assumes the likes of Dominic Cummings and Trump spinmeister Steve Bannon would approve strongly of this fervent effort to mess with the minds of a malleable audience.

Whether or not one agrees with the cause, it’s good to see the power of advertising being put to the test. The response of Bord Bia and farming groups will provide a clue to the outcome.  It’s a hard call for them to decide as to how public and loud their rebuttals should be. Should they shout out or sit back and allow the voluble alternative movement to run out of belch?

On a broader level, it’s worth noting that 70 per cent of younger consumers claim they are heavily influenced by the social behaviour of companies when it comes to choosing or refusing to engage with brands. They want positive actions, not puffy mission statements. Ads-wise, it’s best to remember that the medium is the message and the medium is social. 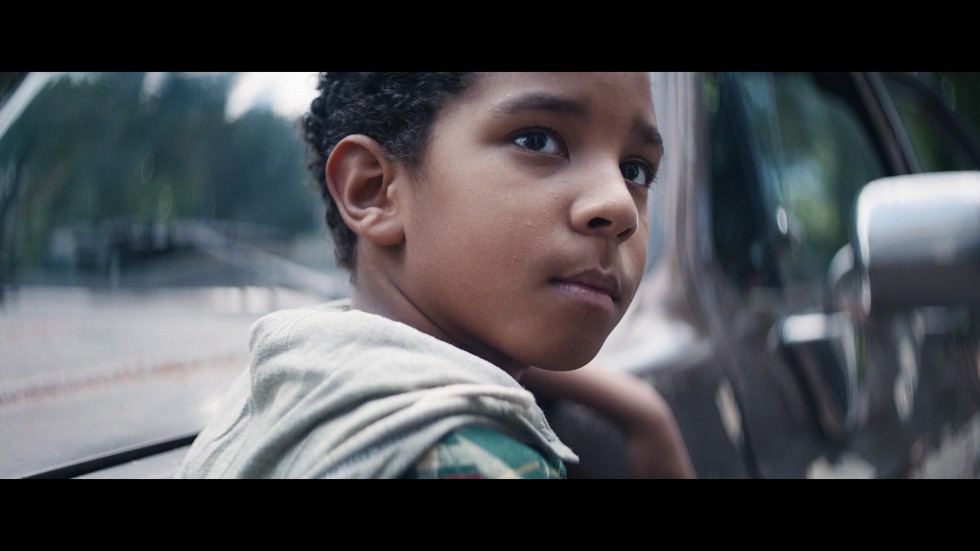 Best a man can get?

Another ad destined to cause offence – and win some plaudits – is the ‘MeToo’-influenced offering from Gillette (above), courtesy of Grey in New York. So far, the ad hasn’t run in this part of the world but thanks to social media it has been enjoying lots of free airtime on national TV channels in Britain and Ireland, along with opinion pieces by newspaper columnists.

Actress Maureen Lipman wrote to the London Times saying “the ad is all about beards, not about being woke”. P&G has adopted the role of behavioural consultant to male razor users, indicating how they can be less blunt – or sharp – in their relations with the opposite sex. The commentary may be both fair and unfair, but that’s the binary way the social jungle operates.

How come big brands persist in getting it wrong as they continue to engage in practices that   bring the wrath of millennials down on their corporate heads? In the era of corporate social responsibility (CSR), it’s astonishing that major marketers use animals in testing products.

The acceptability of sticking needles in kittens and forcing puppies to swallow noxious substances in the pursuit of profit is long gone. Whistleblowers within your workforce will ensure the truth will out and bite you in the brand. As claimed on social media by vegan Emil Sommer some big brand names allegedly conduct product-testing using live animals.

Sommer’s list includes such well-known personal care products as Dove, Pantene, Kiehl’s Listerine, Estee Lauder, Avon and Head & Shoulders – to name and shame but a few.  Assuming this accusation is true, then shame on you. If it’s untrue, we’re sure you’ll be the first to let everyone know and mankind will be the first to acknowledge the mistake.

Whatever you may think of the man himself or his showboating style of politics, there’s no denying the ability of Michael Healy-Rae to come up with a killer comment when he wants to stick it to his opponents. In a radio interview with an adamantly woke Philip Boucher-Hayes, Healy-Rae was expressing astonishment at the Lancet report on the perils of eating meat.

The report was adamant in recommending the virtual removal of meat and dairy produce from our daily diets in the interests of personal health and the global environment. “I’m all for moderation in these dietary matters”, said MHR, putting on his voice of sweet reason. “If there are people out there who want to make sausages from carrots, that’s fine with me.”