The word ‘disruption’, like much today, has been appropriated by our new Silicon Valley colonial masters. But not so long ago, it meant something. In 1992, French ad man, Jean-Marie Dru, placed a page ad for his agency in La Figaro and the Wall Street Journal explaining a new theory of how advertising could work, under the headline ‘Disruption’.

Dru was an experienced professional, having started his career 20 years earlier working first in the French office of Saatchi’s, then moving to Young & Rubicam. In 1984, he co-founded a new agency with three colleagues called BDDP. The agency was later acquired by the global conglomerate Omnicom and merged with TBWA, where Dru is still chairman.

Following the launch of the disruption ad, Dru wrote a stream of books – seven at the last count – explaining the concept and keeping it relevant with topical case studies. In Disruption (1996), he said the word revolves around finding strategic ideas that break and overturn an existing convention in a marketplace and then make it possible to reach a new vision. 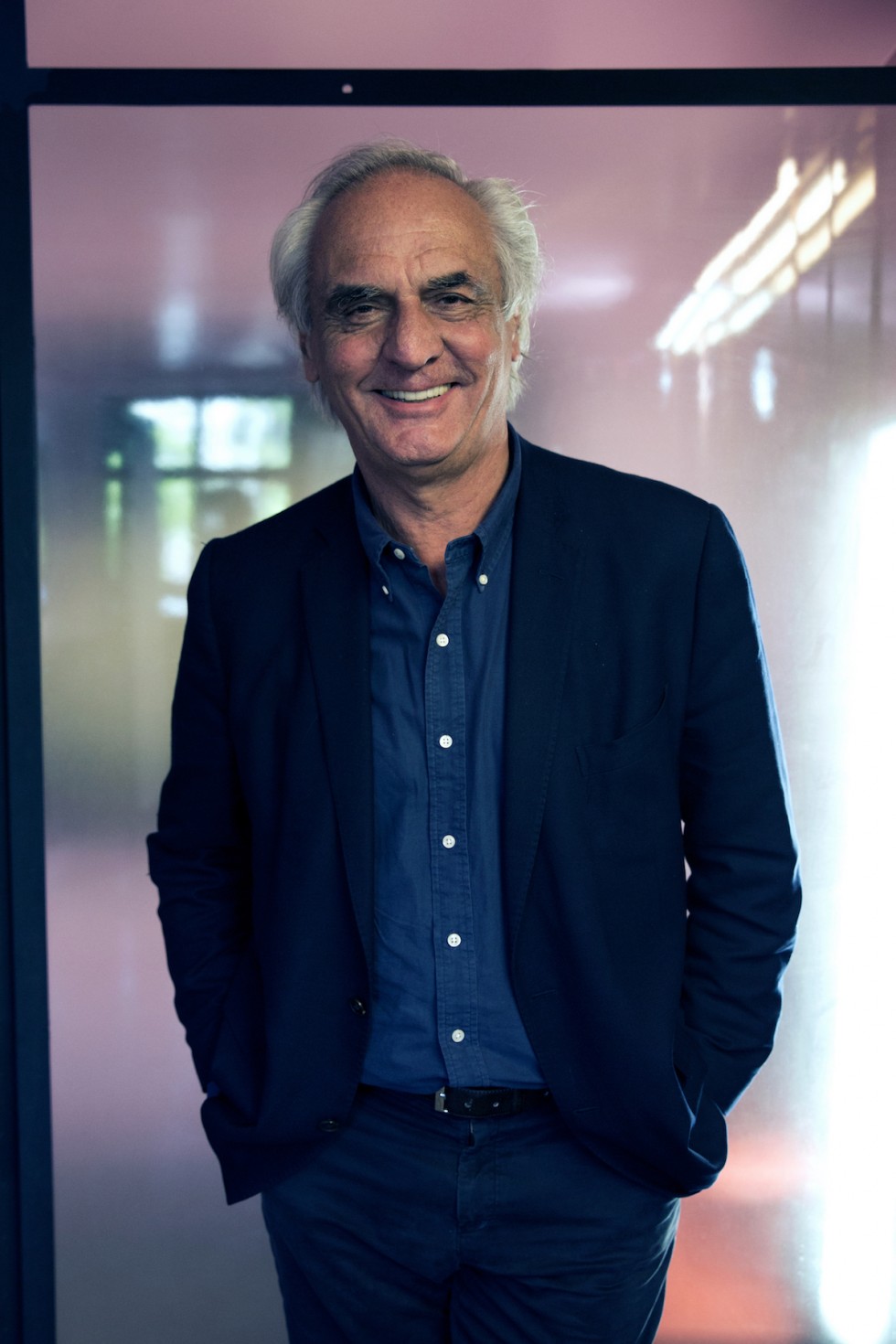 Bridging a gap: In Beyond Disruption, Jean-Marie Dru recommends that ad agencies position themselves as “consultants with imagination”. They need to consider the implications even if they cannot implement the vision. Perhaps Rothco took their cue from Dru?

Very often the new vision will “consider the universe above them rather than the competition below”. It is an interesting idea, forcing us to think more broadly and latterly about a wider role for brands in society. He proposes a three-step process involving convention, disruption and vision. The first step is to make a detailed study of existing conventions in a market.

To look at how a market is categorized, how consumers behave and how all brands in any market are designed, sold and advertised. Conventions can be divided into three types; marketing, consumer and advertising. The second stage, disruption, is designed to examine all conventional practice to assess where it can be revolutionised; a new route to market, a packaging innovation, or a completely new marketing communications approach.

The third stage, vision, involves articulating the implications of the proposed disruption into a new brand perspective – a leap of imagination from the present to the future. Absolute Vodka is a prime example. The conventional approach with spirits is to concentrate on provenance and with Absolut’s Swedish origins, the vodka was ideally placed to follow convention.

Apple is another example of a brand that has practised disruption, starting with the famous 1984 Macintosh commercial inspired by Orwell’s novel and following up with another convention-shattering approach in 1997 with ‘Think Different’. For me, the most disruptive aspect of the campaign was that at a time when copy was being devalued in marketing communications, the TV commercial had no less than 98 words in the voice-over.

Dru makes it clear that disruption for its own sake is not only pointless but can be self-defeating. His acute analysis of the controversial Benetton campaign illustrates this. The poster campaign, featuring young people of different races holding hands and wearing the brand’s colourful clothes, was one of the most noticeable and noteworthy of the 1980’s.

But it succumbed to the classic mistake of the controversial; it kept trying to up the ante, with   priests kissing nuns, Aids sufferers and people on Death Row. From being provocative with a purpose, the ads became tasteless and irrelevant to the brand. Dru felt that if Benetton had stuck to the vision of a world without racial hatred, the campaign would have been better. 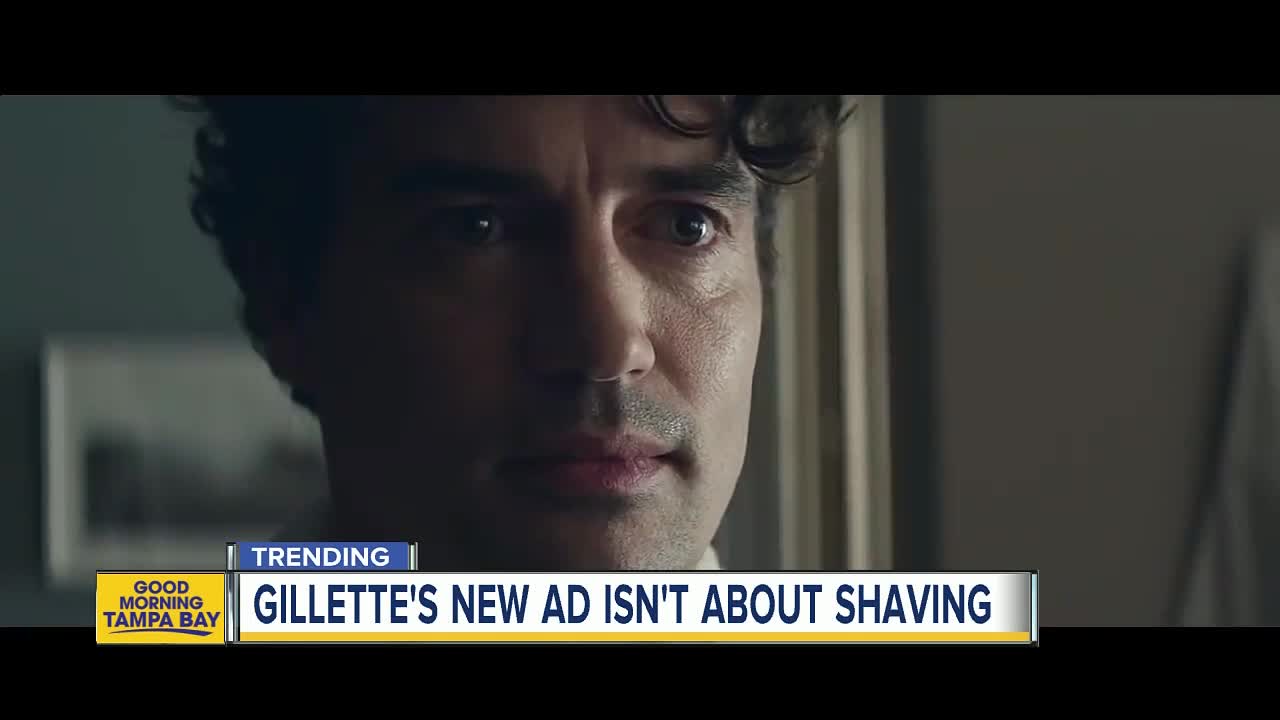 His analysis of the Benetton campaign would make an interesting case study in today’s market, where more and more brands are testing the waters of social activism with some of them getting into very hot water; Pepsi last year and, more recently, P&G’s Gillette.

Space does not allow coverage all of Dru’s books on disruption, but for any reader wishing to delve more into the subject having absorbed the first book, I recommend Beyond Disruption: Changing the Rules of the Marketplace (2002), where he reiterates some of the initial themes but adds some more contemporary issues, with two new examples of disruption introduced.

The two brands are Danone and McDonald’s. Both are good examples of thinking outside the conventions of the market sector and both are early indicators of a more active societal stance that we have become more familiar with today. Danone’s vision was of a healthier society but instead of just saying that, they set up a Danone Institute for Health.

The McDonald’s strategy was based on the convention that in the French market they were never going to be loved, so they would deflect this by providing a fun experience. However, in an increasingly health-conscious society, they decided to break this convention by a strategy of complete transparency, not only describing the provenance of all their ingredients but also explaining the exact pay and conditions of the much-criticised ‘McJobs’.

But the most striking addition to markets that might benefit from a more disruptive approach is adland itself. In his 1996 book, Dru signalled his concern that advertising agencies were losing influence; that they were no longer regarded as strategic partners to their clients because of an obsession with creative execution and a lack of commitment to integrated communications – unlike consultants, that are seen as independent of the creative product.

Dru also criticised agencies for being too defensive, making the point in his book that “we need to sell the value of creativity to accountants”. He also recommended exploiting the critical advantage agencies have over any consultant; “our responsibility for both strategic input and creative output and our cultural mix of strategic and creative minds”. 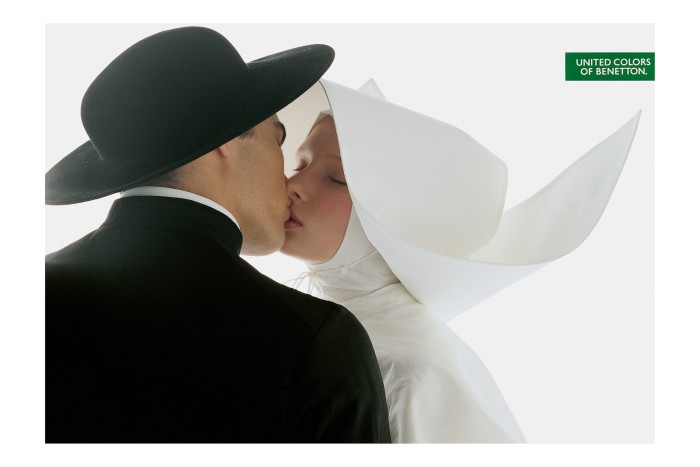 Breaking with convention: Dru makes it clear that disruption in ads for its own sake is not only pointless but can be self-defeating. Benetton posters with young people of different races holding hands and a priest kissing a nun was one of the most impactful of the 1980’s.

In Beyond Disruption, Dru re-iterates this point, recommending that agencies should now position themselves as “consultants with imagination”. But he also added that they must act as a consultant not just for the client’s marketing communications but for all of its business issues. It is a pretty tall order and would be beyond the capacity of most agencies.

But it undoubtedly shows the way Dru’s mind was working at the time and suggests that today’s agencies need to at least consider the implications even if they cannot immediately implement this vision. Perhaps the major consultancies like Accenture, which has been buying up creative agencies like Rothco in Dublin, took their cue from Dru?

Other themes in this book – which have been developed by other writers since then – include   the need to see branding from a business perspective, not just a marketing perspective, and the need to involve clients at an earlier stage in the account planning process. Dru says brand building and business growth cannot be separated and a critical point in a world dominated by micro-targeting; “brands gain in strength from being known outside their target group”.

From the beginning, the logic of the disruption model often leads to considering the wider societal context in which brands operate which, in turn, often leads to communication strategies involving some form of social activism. All Dru’s books contain case histories on this subject but in The Ways to New (2015) he writes about “firms of endearment”.

By that he means, businesses that refuse to make shareholder value their main priority, putting more emphasis on employee, customer and supplier welfare. Noting that the “public purse is increasingly empty”, he believes the business world will feel increasingly obliged to fill the gap by making more of a contribution to the communities in which they operate. 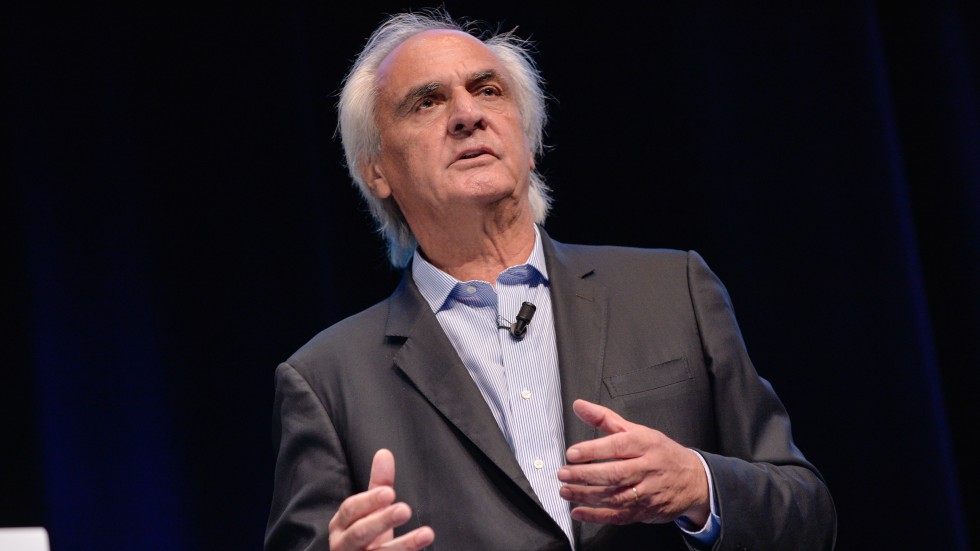 Dru had some interesting comments on the account planner’s role, which came into play a half century ago: “The planner’s classic role is to know everything about the times we live in,” Dru says. “The planner must catch what is barely beginning, must be incurably curious, cultivate a sensitivity to the day and age, know how to listen, pay attention and stay on the lookout … understand how advertising works and be creative in their own right.”

It could be argued that all the great marketing communication campaigns of the last century disrupted convention in one way or another, but Dru’s enormous contribution was to formulate a general theory backed up with a succession of case studies that offer a practical guide to anyone working in the business. Paradoxically, the essentially creative nature of advertising means that agencies are always prone to intellectual laziness.

It is because every new assignment starts with a clean sheet that has no regard for the accumulated experience of our predecessors who faced similar tasks. Dru reminds us of Keynes’s warning that those who regard themselves as practical people too busy to be bothered by theory are invariably in the unconscious grip of some outdated thesis.

The theory of disruption is easy to express but its real value only emerges when you absorb the different applications outlined in Dru’s books. In applying the lessons to day-to-day work, Dru insists the objective in using these examples is not a question of imitation but of ricochet. So when working on a strategy, absorb the brief as thoroughly as possible, flick through some of these books, go for a long walk and be careful as new ideas ricochet around your brain.