Boys+Girls out to entertain

The neon sign on the ceiling above the agency’s boardroom table illuminates clients as to what Boys+Girls espouses. While the branded table cannot quite match for size the bol’shoy stol (big table) used to host the crisis talks in Moscow between Russia’s president Vladimir Putin and his French équivalent Emmanuel Macron, the message overhead is emphatic: ‘Great Work, Works’.

Seated around the table in Bloomfield House, which for years was home to the local Jewish community’s Zion School, are four of the agency’s six founders: Pat Stephenson, Patrick Meade, Margaret Gilsenan and the man who graces this month’s cover, Rory Hamilton. The agency’s other two partners, Fiona Scott and Chris Upton, upped and left some time back to plough pastures new.

Boys+Girls say their ability rests in producing standout ads and it comes with an overriding boast: ‘We create entertaining work for ambitious brands’. Not just ads, but experiences, music and books too, as the agency show reel testifies. Work that is memorable, arresting, uncommon, engaging, valuable, distinctive, hardworking and – most crucially in Gilsenan’s mind – effective. 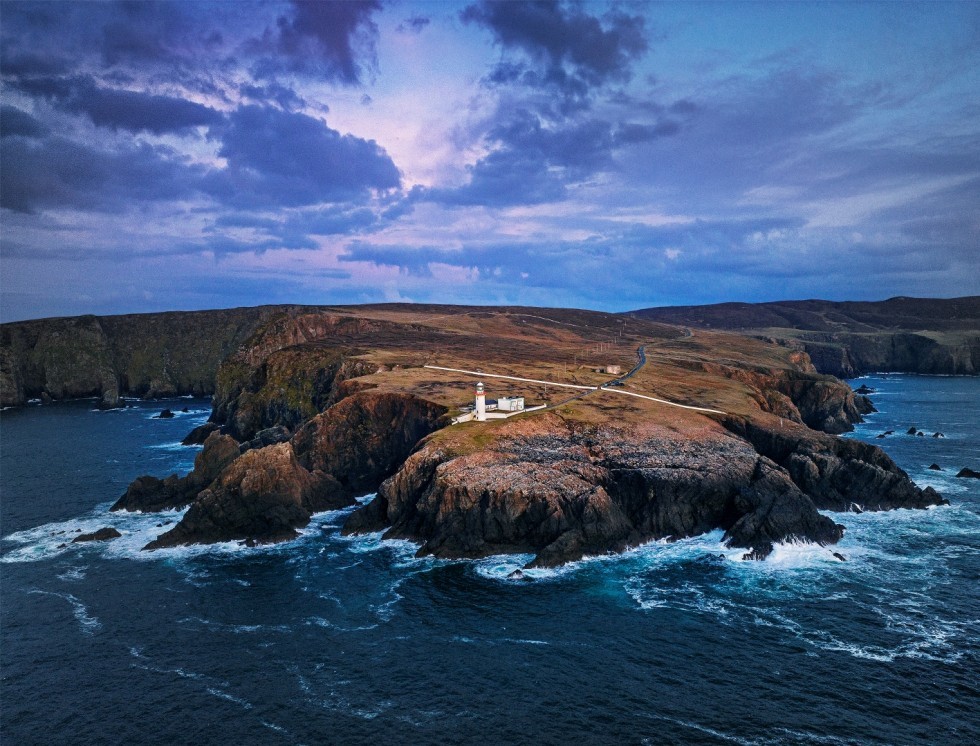 Three’s roaring feats at Cannes Lions: Boys+Girls were awarded the agency’s first two Lions at last year’s Cannes International Festival of Creativity. The awards for ‘The Connected Island’ were both in the consumer services/B2B category – gold in creative strategy and a bronze in brand experience and activation. The ads told the story of how Three used its capabilities to regenerate Arranmore Island off the Donegal coast by creating a digital hub.

Creativity minus effectiveness counts for nowt. An agency that makes the best work is one   where talented people all work in the one direction. Depending on what stage the agency-client relationship finds itself, Boys+Girls earns fees and/or performance-related payments. Adland now sees less conflict of interest issues as agencies follow promotions in handling one-off projects.

Stephenson makes the point that because the world is overflowing with ads – many of which are really poor – living up to ‘Great work, works’ is not a major feat for able creatives. Meade is unconvinced by the argument that making ads work is now harder because so many consumers are ad-savvy and cynical. It’s more to do with the fact that they are far more au fait with products.

Today’s consumer is bombarded by products and services. “Nowadays we consume so much stuff,” Meade insists. “It’s not that people are all that much more enlightened about ads. There’s so much media and other channels out there. Gone are the days when a media plan came on one page. Ads must work much harder to break through. The best work stands out from the dross.”

Boys+Girl can feel proud of the work they have done for Three. ‘The Connected Island’ was a double Lions winner at Cannes in creative strategy. The campaign also took gold at Ireland’s first Effies organised last year by IAPI, along with the agency’s Skoda campaign, ‘The Power of One Little Word’, which Gilsenan says is now used as a case study in best in class advertising. 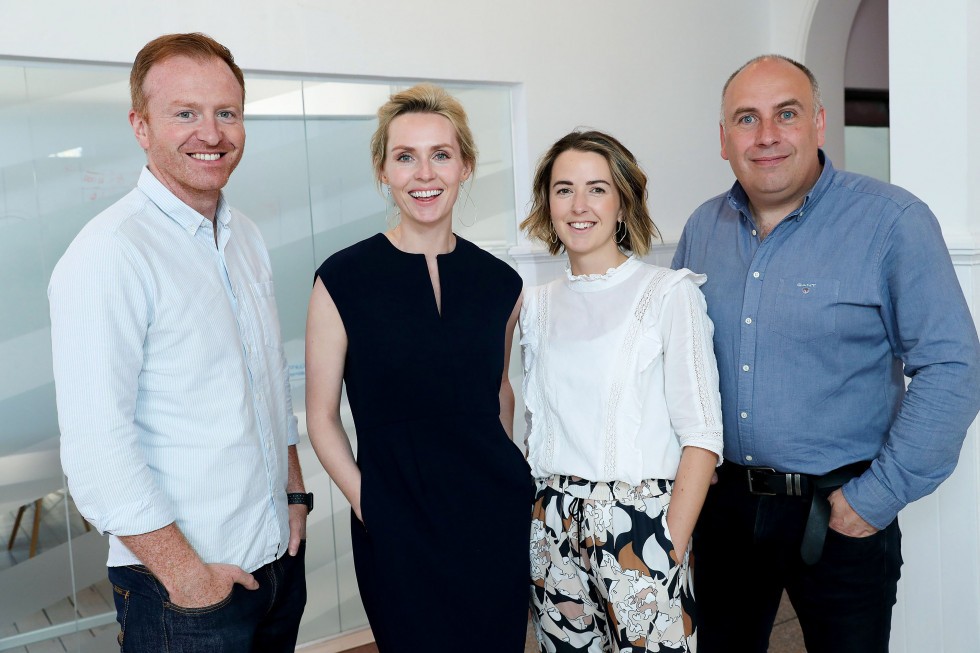 An agency young at heart: Boys+Girls partner Patrick Meade with colleagues Caroline Keogh, Aoife Murphy and Derek Doyle. Meade says today’s consumer is bombarded by brands and so much ‘stuff’ is consumed. “It’s not that people are all that much more enlightened about ads,” Meade insists. “Gone are the days when a media plan came on one page.”

At the prestigious London International Awards (LIAs) ‘creative show for creatives’ held in New York, Boys+Girls was the only Irish agency to be awarded and one of three agencies globally to win in radio. The Portobello agency took home one gold and one silver, both in radio and audio for Swim Ireland’s ‘Hey Daddy!’ radio ad warning the public of the dangers of swimming.

Closer to home, Boys+Girls was awarded a total of 21 bells at the ICAD Awards staged in-person at Merrion Cricket Club last September. The four gold, seven silver and 10 bronze gongs were for Skoda, Three Ireland, Three UK, Choose Radio and Swim Ireland. All the awards presented were for work across 2020/2021 as the 2020 show fell victim to the Covid-19 pandemic.

Speaking of Covid, Boys+Girls recently had their first full client meeting in person in 18 months. In line with other Institute of Advertising Practitioners in Ireland (IAPI) agencies they adopted a hybrid work model. Everyone is expected to arrive into Bloomfield House on Mondays for meetings, while the remainder of the week is evenly split between remote and in-house duties.

Bord Bia recently appointed Boys+Girls after a contest with Folk Wunderman Thompson, Publicis, TBWA and the incumbent, Accenture Interactive’s Rothco. What proved to be quite a protracted and competitive review was overseen by Bord Bia’s director of marketing Una FitzGibbon and Teresa Brophy, who has responsibility for strategic planning and brand management.

The State body for marketing and promoting Irish food, drink and horticulture at home and overseas made no comment as to why they chose Boys+Girls over other agencies. Nor would they confirm which other agencies pitched “due to procurement rules”. Boys+Girls will get the Bord Bia ball rolling with work on the annual Bloom garden show staged in the Phoenix Park in June. 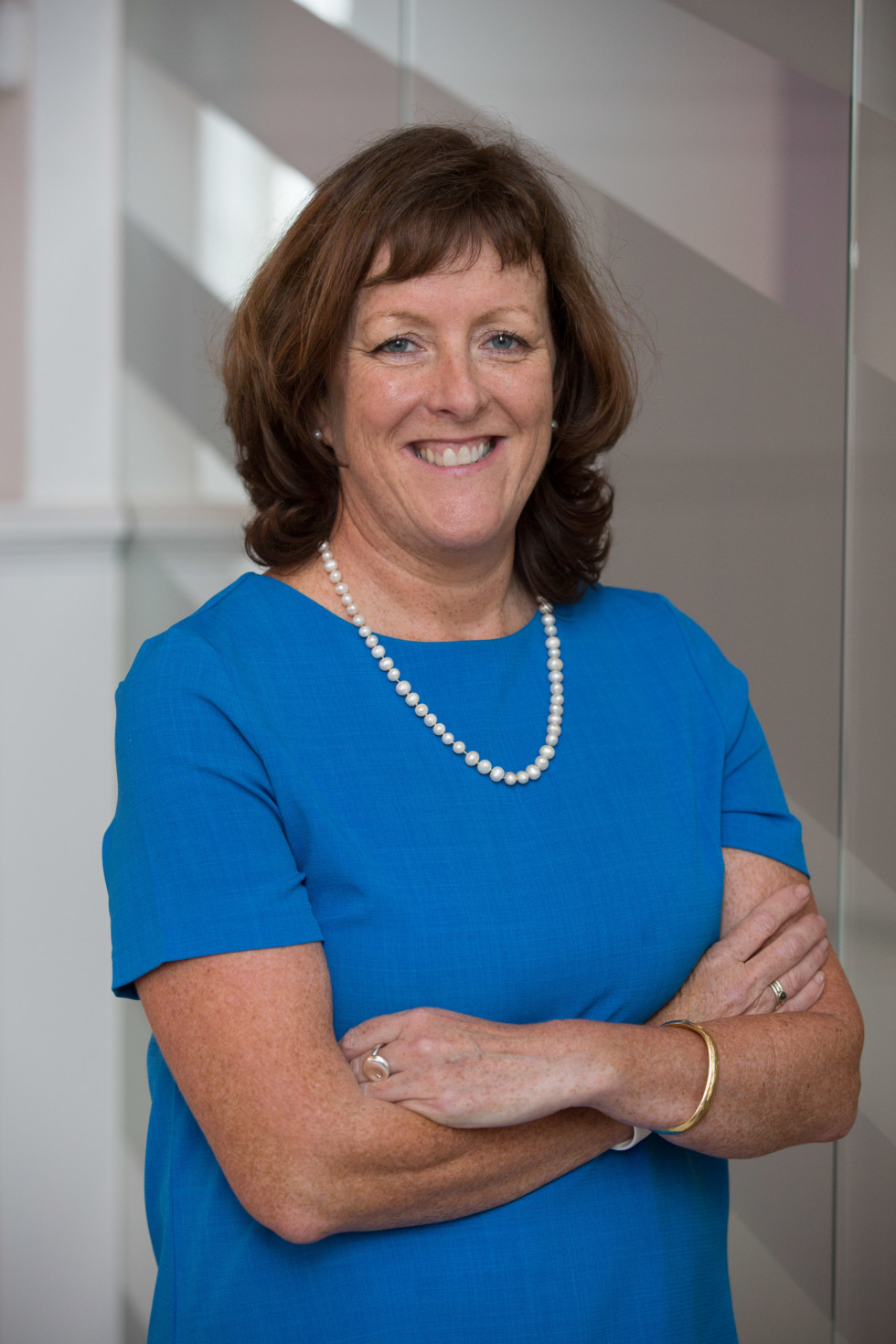 Last year, the agency won Littlewoods Ireland in competition with Core and In the Company of Huskies. The review was handled by Brian Sparks at Agency Assessments. Littlewoods dropped its Shop Direct trading name some years back in favour of Very. The company is heavily involved in sponsorship, most notably the GAA national hurling and camogie championships.

As the lead Smithwicks agency, Boys+Girls created a campaign hammering home the red ale’s new line, ‘Indescribably Delicious’, which followed on from their work for Diageo’s Roe & Co whiskey in Ireland and the US. The Smithwicks campaign was a sequel to the agency’s ‘Keep It Interesting’ poster shot by award-winning British drinks photographer Martin Wonnacott.

The Smithwicks TV ad was shot by Nick Roney in the Ukraine capital Kyiv and was produced by Antidote. It tells the story of two best friends who taste Smithwick’s for the first time in a tavern in 1710. It sparks a debate between them about the ale’s taste and how best to articulate it. The chat continues into the future as the two friends deliberate on events right up until 2222.

Meade says Smithwicks has been defined for what it isn’t, rather than what it is. Hamilton says it’s “bizarre” as the red ale is the perfect beer; it’s local, it’s got taste and tradition and it’s low in calories. Bridget Johnson, executive creative director, Boys+Girls, said research showed that people struggled to describe Smithwicks’ precise taste and flavour, but that never stopped them trying.

Not surprisingly, Pat Stephenson is hopeful that by Boys+Girls earning a wider berth on Diageo’s agency roster, it could have a domino effect with more of the work that found its way to London’s Soho returning to agencies within a pub crawl of St James’s Gate. Much of the local Guinness creative is now handled by Core and BBDO Dublin looks after Rockshore lager and cider.

The creative group with which Boys+Girls is now internationally aligned may open some doors. By the Network has been selected to lead global work for Carlsberg, Netflix and Snap. Founded by former Grey global creative chairman Per Pedersen with a limit of 30 members, By the Network has already helped Boys+Girls secure a number of lucrative Kerrygold projects.

Pedersen described By the Network as “a global dream-team of highly awarded independent agencies – a network owned by creatives” but without the layers and complexities that come with international holding companies. Agencies are fully independent while co-owning the network.

In 2019, the agency expanded its board for the first time to include strategic director Aoife Murphy, production director Derek Doyle and relationship director Caroline Keogh. At the time, the trio joined two non-executive board members, chairman Robert Senior and Peter Byers. Senior is a former chief executive of Saatchi & Saatchi and a co-founder of Fallon London. 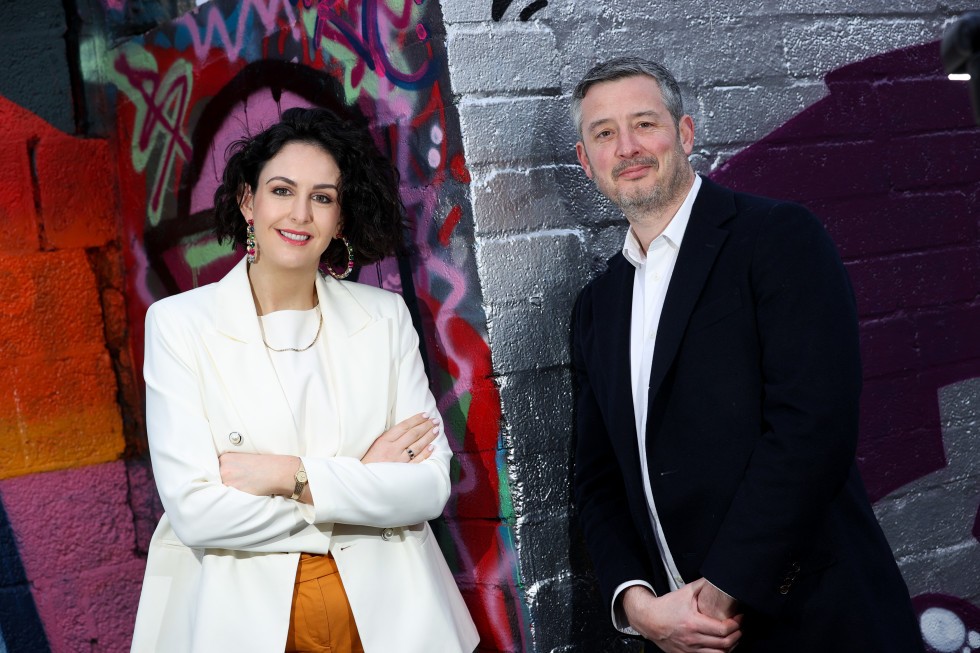 Memorable brand experiences: Karleen Smyth, who heads up the agency’s new experiential division, Exp, with Pat Stephenson, chief relationship officer at Boys+Girls. The aim with Exp is to win more of what used to be labelled below-the-line work. Clients like Samsung and Three Ireland are synonymous with music events and festivals. Boys+Girls competed with Wieden+Kennedy for the Three UK Chelsea shirt sponsorship deal.

So where to from here?

Just days before the interview for this article, Boys+Girls announced the formal roll out of an experiential division. Called Exp, it is headed up by Karleen Smyth, who was the agency’s senior experiential director since 2017 and has worked on Three Ireland & UK, Lego, Jose Cuervo and Ulster Bank. Prior to that, Smyth co-founded and managed Twigged Creative event agency.

Exp will focus on local and international festival sponsorship activations, live events, installation and digital projects. “Brands deserve something that’s new, creatively brilliant, disruptive and highly effective, delivering results like they have never seen before,” Smyth said. Exp is working for Three UK and on overseas jobs for Netflix through its links with By The Network.

Hamilton is a happier man since Boys+Girls bought a new premises in Deansgrange in south Dublin to handle commercial shoots, product shots and even photos for magazine covers. The facility provides more creative control at pace. Living room and kitchen sets were erected on site. Stephenson says it’s part of Boys+Girls’ plan to deliver at scale and grow the business.

The agency has specific targets in terms of adding new business. Given the swings-and-roundabouts nature of advertising, with clients inevitably switching agencies over time, there are gaps which Stephenson is anxious to plug. For instance, they are currently in the market for a financial account, having previously handled Ulster Bank for some years and a utility to replace Energia.

They would also like to take on board a major retailer. Given the work they have done in the past for Superquinn and the German discounter Aldi, they may be in with a shot at winning Lidl, which at the time of going to press was out to pitch. The agency also plans to look more at winning new business from overseas through its ties with By the Network and with the roll out of Exp.

As they say, it’s all to play for.