Getting back on track

RTE Radio’s 1’s Liveline is often the last resort for people who find themselves frustrated trying to deal with companies that do not listen to customers who have a problem. One such case involved a young woman left stranded in Blackrock Dart station because there was no one available to provide the ramp required to get her wheelchair on to the train. It sounds absolutely bonkers and it is.

When stations are unstaffed, customers have to rely on the driver seeing them as the train pulls in after which he has to leave his cab, presumably lock it so that no one can hop and the take off in the train, fit the ramp, help the passenger on, remove the ramp, get back into the cab and head off. If the passenger’s destination station is also unstaffed the driver has to remember at what station they want to get off and repeat the process in reverse order.

As I said already, it sounds absolutely bonkers and it is. 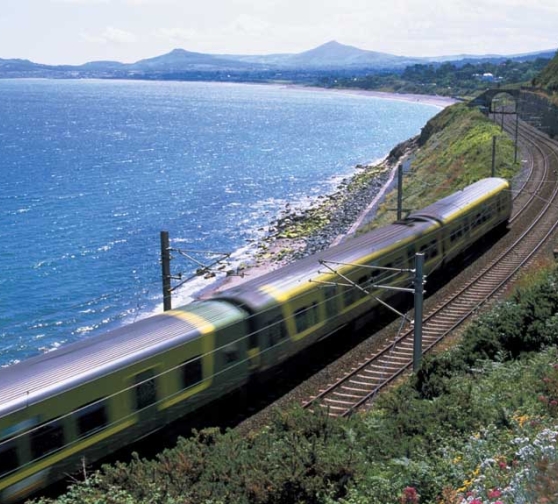 The incident is not isolated. A quick check reveals a passenger left stranded on the wrong side of the track because a lift was not working; a wheelchair user abandoned on a train after all lights had been switched off because no one knew she was there; a passenger who had to stay on the train until it reached its terminus because nobody realised the need for a ramp.

The only option open to passengers is to call Irish Rail well in advance with details of their travel plans so that resources can be allocated. No doubt staff in Irish Rail work hard to resolve the issues faced by people with disabilities. Like any management team they need hard data to allow them to get the funds required to employ more effective technology and processes like having a single, easy access, carriage with an automatic ramp on each train.

So you move from a reactive, crisis management MO to a proactive data gathering approach that provides the metrics required to pitch for much needed funding. Transport for Ireland could manage and monitor this approach across all public transport networks which would allow people to go where they want, when they want, without having to suffer the indignity of putting in place special arrangements that would appear ludicrous to anyone else.

If recent reports are anything to go by we have fallen in love with gin. Once the preferred choice of middle aged women and private club regulars, gin has had a makeover that sees it strutting its stuff in trendy bars and restaurants across the country. Gone are the dull slim Jim’s with ice and a tired slice of lemon. Today’s gin swaggers in a stemmed fishbowl.

It is often in the company of cucumber, lime and other exotic fruit and veg. The trend has been captured by Euromonitor who report a 23 per cent increase in gin sales in the past year which puts Ireland among the world’s top ten gin drinking nations. Among those driving the revival is the Shed Distillery, which is based up in Drumshanbo in Co. Leitrim.

I sometimes get a call or email from someone with a new business idea. Usually they are looking for research to help them write a business plan or test a new concept. One of the first questions I ask is who they are targeting. Some are clear on this, some are not. Some have what looks like a great idea but is confined to a small segment of the population.

Even if they got good penetration among the target group they might not have a large enough market to make a sustainable business. One of the first places to which people should go is CSO.ie. Whereas years ago the CSO dataset was pretty impenetrable to anyone without a degree in statistics, new tools has made it a great place to do initial research for free.

A number of simple and attractive infographics provides understanding of issues ranging from people and society to the labour market and key economic metrics. So if you are thinking of leaving your 8am to 9pm job for something more dynamic, risky and rewarding, head for the CSO.ie or starters. As the old song says “the best things in life are free.”

Comments on this article are welcome at colm@theresearchcentre.ie