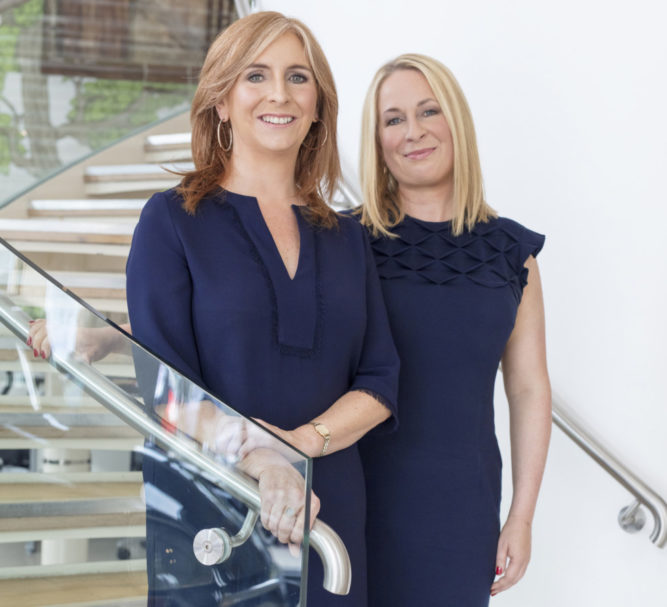 Sponsorship is big business. Boosted by next month’s Women Rugby World Cup and ‘sponsor switching’ on some major assets, Ireland’s spend on sponsorship is due to due to grow by six per cent to €173 million this year, the annual survey by Onside indicates. The market grew last year by nine per cent to €163m, with one in three sponsors upping spend.

As supporters of some of the country’s top events, Electric Ireland’s Lisa Browne and Edel McCarthy know a thing or two about sponsorship. Electric Ireland is just six years old, born out a need to branch out from ESB and rebrand after the energy market’s deregulation. The company now competes against eight rivals with confusing switch and save messages.

From a product perspective, they operate in a low interest category. Its 1.3m home and business customers need energy, but it is a functional, invisible product – the ultimate generic. No one ever gets excited about electricity, except when there is a power cut. Cue sponsorship and a strategy aimed at building distinction, affinity and advocacy.

Electric Ireland’s key sponsorships are the GAA Minor Championships, Darkness into Light and Electric Picnic. Last year, they supported Team Ireland at the Rio Olympics. Sport, charity and music helps the brand build emotional engagement, become ‘visible’ and heighten its credibility with consumers of its electricity and gas services countrywide.

“We’re confident that we’ve a hardworking portfolio of properties which punches well above its weight,” Browne said. “It’s easy to go for the obvious, there’s few prestige sponsorship assets at the higher level but we believe the opportunity for sponsorship is to identify, partner and grow the properties and to work hard on building them into something special.” 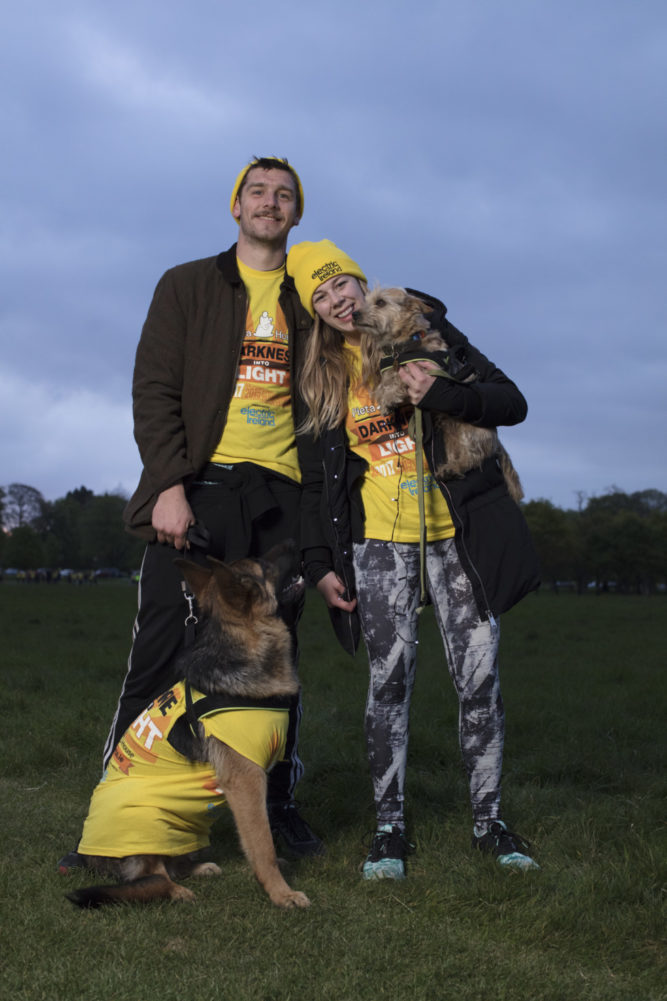 Generating hope: Electric Ireland made a step change this year with its support for Pieta House’s Darkness Into Light. In the words of Bressie, “we’re moving past the awareness stage and into the what the f*** are we going to do about it stage”. Research showed that 84 per cent of Irish people felt it helps de-stigmatise suicide. TBWA\Dublin created the TV ad.

Darkness into Light is a proud partnership for Electric Ireland. ESB supported Pieta House with start-up costs when it was first established in 2006 to help people who were suicidal or self-harming. It was founded by psychologist Joan Freeman, who lost her sister to suicide. Pieta House now has 180 staff who do what they can to support over 5,000 people a year.

In a matter of five years, Darkness Into Light has grown from a few hundred people in the Phoenix Park to 160,000 taking to various locations throughout the country to walk or run a 5km route as dawn breaks in early May. “From a cause and a participation perspective, it has become a phenomenon,” McCarthy says, “and its advocacy score is almost perfect.”

This year, €4.5m was raised, a third of Pieta House’s annual funding. But Darkness Into Light is not just about money, it also gets people talking openly about suicide and represents community, hope and solidarity. Electric Ireland got TBWA to create a TV ad directed by Sweet Media’s Dave Tynan, which ran alongside radio, digital and PR for added reach.

“Self-harm is a complex issue,” Browne says, “you have to thread carefully. In the US they glorify suicide. A lot of planning and research on the issue was undertaken by Pieta House.” Given the sensitivities involved, Electric Ireland steers well clear of ‘over-doing’ Darkness into Light with logos, taking what McCarthy refers to as “a medium branding approach”. 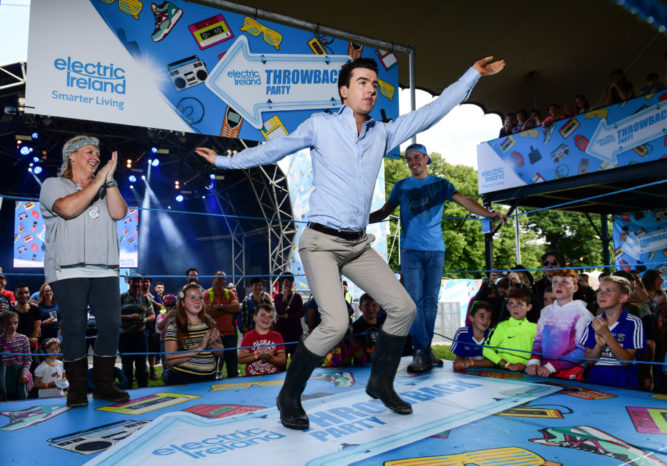 Like many brands, Electric Ireland struggles to engage with millennials – they are brand ambivalent, watch little TV or prefer multi-screens, read fewer newspapers and are over-exposed digitally. With Electric Picnic – the country’s top music festival – the aim is to raise awareness in Electric Ireland and urge them to see the brand as relevant and credible.

“We’ve been involved in Electric Picnic for eight years now, so I guess we’re doing it long enough to know what works,” McCarthy says. They run a month-long, digitally-led campaign, which involves ticket giveaways, leveraging the company’s rewards loyalty programme. Trying to provide a strong brand experience at EP is no walk in the park.

Doing so as a Heineken, Red Bull or Just Eat partner is tricky enough, but for a utility provider to pull it off in competition with main stage acts, the comedy tent and great food is fraught with fear. Initiatives like the Electric Ireland Throwback Stage, which has included Bonnie Tyler, Bananarama and the Vengaboys, adds to festival fun while boosting impact.

“We’re looking at reassuring consumers to stay with us,” Browne says. “Since the market was deregulated, things have become highly competitive and there’s a lot of churn. We have a data engine which tracks how consumers interact with our sponsorships and how they score on awareness and recall. There’s a correlation between the brand and the event for retention.”

A survey by Ignite for its Core Media associate agency Livewire showed that one in three of the 1,000 festivalgoers interviewed said that at some stage in their lives so far they rocked up to EP. One in five plan to attend this year’s weekend in Stradbally in September, where the musical line-up includes Madness, Duran Duran, Elbow, The Pretenders and Chaka Khan. 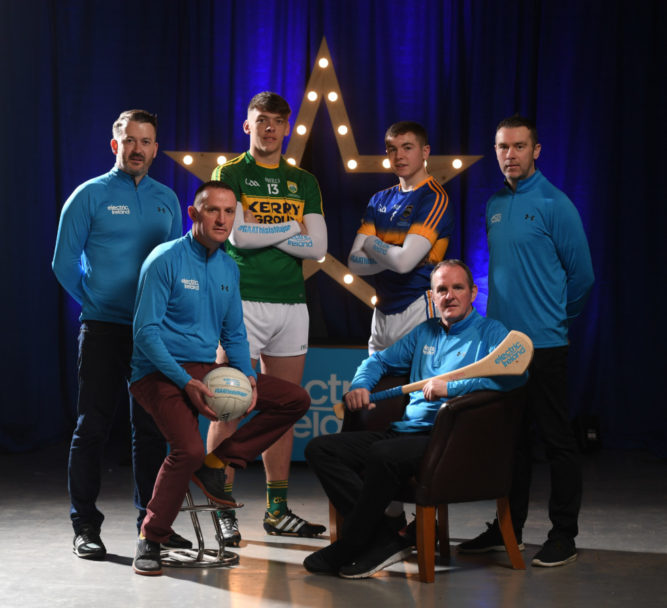 Summer being summer, Electric Ireland is busy on the sports field. They have sponsored the GAA Minor Football and Hurling Championships since 2012. The GAA space is highly cluttered with 21 different sponsors – 50 if you throw in the county sponsors, so trying to achieve cut through is tough. But little else compares to GAA in stirring people’s passions.

Electric Ireland decided one way in winning sports fans’ hearts was through support for the players as young men and not just sportsmen. Playing Minors comes at a ‘coming of age’ stage in the lives of 17 and 18 year olds. McCarthy says they have their Leaving Cert, their college choices, their debs, learning to drive and girlfriends all to think about.

The GAA Minors had suffered from a feeling of ‘always the bridesmaid, never the bride’ in the past, so Electric Ireland worked on the insight ‘Nothing Minor about being a Minor’ for their ‘This is Major’ campaign to change people’s perceptions and give the partnership more meaning to players, their families and fans. They launched the Minor Star Awards.

Electric Ireland recently extended its sports ties by supporting women’s football across Northern Ireland. They will sponsor next month’s UEFA Women’s Under 19 Championship 2017 and the Girls’ Post Primary Schools Football and Schools Cup. The partnership also sees them become the energy partner to the national team stadium at Windsor Park.

Looking ahead, Browne sees sport becoming an even more important option for brand owners chasing sponsorship assets. She believes VHI is making great strides with its park runs and mini-marathon. McCarthy also rates sport highly, with swimming the next big thing. It all ties in neatly with their brand proposition, bringing ‘Smarter Living’ to life.