COLM CAREY REPORTS FROM A RESEARCH TALK ON MARKETING TO MEN

As everyone knows, men get a bad deal in society. Forced out to work when we would rather stay home and mind the kids, having a narrow choice of work and leisure clothing, out of touch with our emotions and coerced into a pretence of liking sport and beer, we have long needed a champion to plead our case for better treatment.

Step forward Millward Brown with their marketing to men ‘Creation of Adman’ seminar. As Millward Brown’s Maureen Van Wijk explained, the study focused on men because we are “a hugely under researched commercial challenge”. The project team analysed over 300 ads in four years. They gathered men’s views using online and offline qualitative and quantitative methods. Men’s mood was encapsulated in a comment by one of the study participants – “everyone expects me to fix all their broken stuff, to be emotional and rational all the time equally.” There is a strong “what about me?” plea in that remark.

Millward Brown says the end of the traditional patriarchal society left a vacuum in terms of what is expected of men. Having been defined by what we did, we struggled to find new ways to describe our roles in life. In ads, men tend to fall into a number of not particularly appealing stereotypes. We are depicted amongst others as; Man Child who spends his time drinking, clubbing and seeking pleasure; Feckless Villain who leaves a trail of destruction in his wake and Stooge who is out of touch with what goes on in the real world.

Physical aggression can be seen as a key to respect yet it is unacceptable to engage in it outside sport. Emotion and empathy are also more acceptable when expressed in a sporting context. It’s all right to cry when your team loses but not if you get fired from your job.

Feedback from real men indicates that most of these portrayals leave them feeling a bit perturbed. While some brands get the mix right, more show one dimensional views of men that alienate rather than attract male consumers. The key point from a business perspective is not about how men are portrayed by your advertising in a political correctness context, it is about whether your advertising is delivering as much as it could to your bottom line. 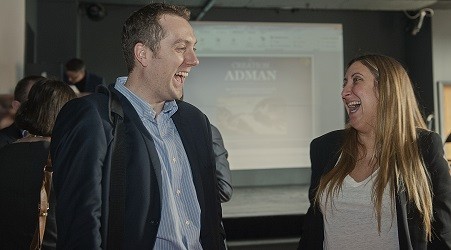 A NATION OF SWITCHERS
Time was when your Da or Ma would bring you along to their bank and open an account for you, having put in a good word with the manager as to your financial acumen and integrity. You would stay with that bank come hell or high water, till death you did part. Other relationships were equally longterm. Not that long ago, you had to wait years to get a phone line installed. In parts of rural Ireland, accessing quality broadband is still a headache. Companies entering a market had a hard time trying to get people to switch their business. With deregulation, open war was declared as rivalry intensified under new rules. Consumers began looking for car insurance quotes instead of automatically renewing with the incumbent. Phone quotes drove the behaviour as companies offered all kinds of goodies from discounts to free mobile phones and holidays to win business. Since then, most service areas have opened up. There are options available for everything from TV to a host of utilities.

We have become a nation of switchers. Research by Accenture shows 72 per cent of Irish people interviewed switched provider, compared to a global figure of 54 per cent. The main reason for switching is poor customer service or support. We are mad as hell and not putting up with it. The tension in companies is between the marketing team and customer services. Marketing is tasked with winning customers, customer service with holding on to them. The impetus to switch does not come from the issue that prompts the contact but from how the contact is dealt with. There are plenty of studies pointing to how service can be improved but some organisations still insist on customers jumping through hoops to get what they want. Even trying to buy something can be an ordeal. Satisfaction, willingness to buy additional products/service and willingness to recommend a company to friends and family are all down. “Too many companies are playing not to lose instead of playing to win,” Rebecca Gilmore, Accenture’s head of customer and marketing services says.

For any relationship to work, both parties have to derive something positive from it. The Accenture study shows that to keep customers companies must resolve issues early, be proactive and recognise and reward loyal customers. On the other hand, if you really want to alienate customers just add the line “offer applies to new customers only” to your latest deal.

View all posts by Michael Cullen →
BRANDS OF THE EARWAYS: WHO HAS MOST TO AIR IN IRISH RADIO LAND?
ROARING SUCCESS