How advertising’s creativity got squeezed

John Fanning reviews Orlando Wood’s widely-acclaimed Lemon, a study into how and why adland has experienced a dearth of creativity

Since the publication of Les Binet and Peter Field’s ground-breaking Marketing in an Age of Accountability in 2007, followed by Byron Sharp’s blockbuster How Brands Grow in 2010 – with over 50,000 copies sold – followed by three more important reports from Binet and Field and another Sharp book four years ago, we now know much more about how marketing communications work – and should work – than we ever did before.

While keeping Paul Feldwick’s advice in mind; “we’ll understand more about how marketing communications work if we accept that we’ll never know how with any certainty”, we are now in possession of a robust body of knowledge that enables our planning and decision-making to be much more professional. I’d even go so far as to suggest that anyone who is not well-versed in all three authors should not be working in marketing communications.

However, let’s not run ahead of ourselves, we must keep adding to our knowledge. Karl Popper pointed out that even in the pure sciences “so-called laws were not incorrigible truths about the world; they were theories and therefore products of the human mind and it is always possible for someone to come along and propose a better theory”. 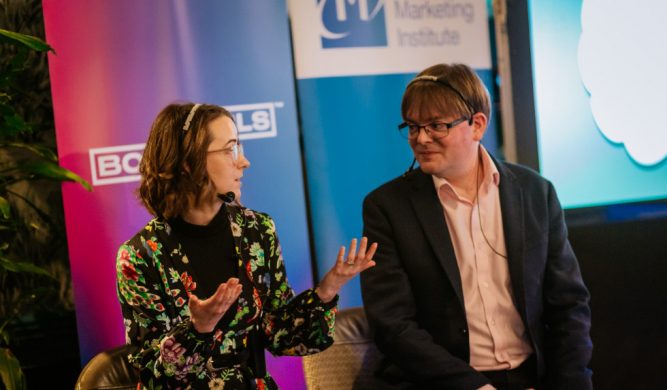 Lacking oomph: Lemon author Orlando Wood says that over the past 15 years or so global advertising has become “flatter, more abstract and devitalised”, resulting in brand strategies diametrically opposed to effectiveness. Wood – pictured with Aoife Murphy, Boys + Girls – says fewer characters like the ComparetheMarket’s meerkats and Mars’s talking M&Ms are used by brand owners. Back in 1992, 41 per cent of the ads on the IPA database had characters.

In the latest IPA publication, Lemon: How the Advertising Brain Turned Sour, Orlando Wood, chief innovation officer at London-based System 1 group, does not exactly propose a new theory but augments the Binet and Field work, in particular with some fascinating insights into why we appear to be living in such a dark age of advertising creativity.

Wood’s thesis is built around the division of the brain into left and right hemispheres.

The left brain ‘does reason’ and is ‘analytical’ and the right brain ‘does emotion’ and is ‘creative’. Fair enough, says Wood, but it is a bit superficial and he introduces us to pioneering work on brain lateralisation by Dr Iain McGilchrist, psychiatrist and author of The Master and His Emmisary, who presents a more nuanced account of the division’s differences.

This study shows that it is not so much that the two sides of the brain do different things but that they do things differently; they have different takes on the world. The left brain has a very narrow, but focused view of the world; the right brain takes a more holistic view and, not surprisingly, it is the latter perspective that is required for great creative work.

Wood then takes us on an intellectually thrilling adventure from the second half of the third century AD to the present day showing how the left and right sides of the brain competed for dominance over the centuries. From the third century until the Renaissance burst forth in Florence, the left brain set the tone. But from the 15th century onwards to the present day, the right brain took over featuring perspective, depth, humanity and exuberance.

The Reformation saw a return to left brain dominance but the Baroque period reversed the trend ushering in a new age of right-brained “sensuality and urgency of expression”. Left-brain thinking dominated the first half of the 20th century but 50’s New York and 60’s London witnessed a revival of creativity, a more broadly based perspective and music; “the natural language of the right brain”, characterised to some extent by Beatlemania.

The digital era of which we are now wholly a part has seen a return to left brain rule which is not surprising given the engineering ethos of Silicon Valley. The end result for the times we live in is more focus on standardisation, specialisation, repetition and avoidance of risk summed up in Wood’s chilling line; “the advertising brain turned sour”, losing its power to “persuade, its ability to make people feel and its talent to entertain”.

Wood makes full use of Binet and Field’s account of creativity’s decline from their detailed analysis of the IPA Advertising Works case histories. They blame the endemic short-term thinking after the 2008 recession but Wood suggests that the problem may be more deep-rooted; a more fundamental shift in the balance of power from right-brain thinking to left. His analysis shows that the shift is not confined to advertising; it is all-pervasive in our culture. 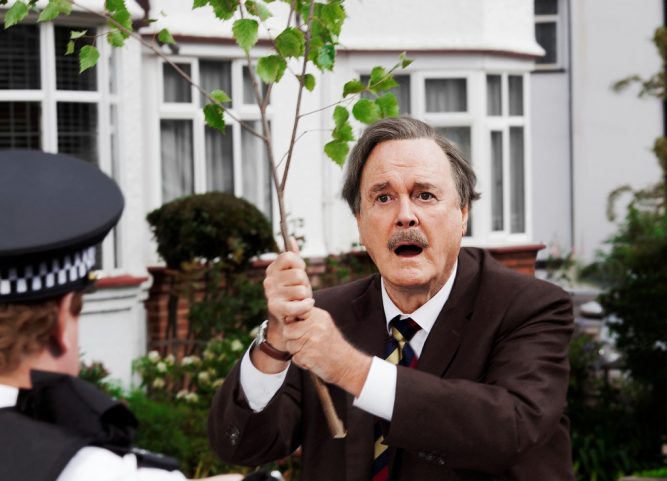 Branching out: Specsavers is a prime example of where a basic storyline is repeated in different scenarios in ads tied together with a constant strap-line – ‘Should Have Gone to Specsavers’ – a slogan which has entered into the vernacular. John Cleese starred in one of the brand’s TV campaigns where in a Basil Fawlty moment he’s caught off-guard.

Inevitably, there are no easy solutions, but Wood does make a few suggestions which should be taken seriously. The first is to take a more rounded, less restrictive approach to briefing. He believes it should be regarded as the start of a conversation rather than a legally binding document and his account of how one of the greatest creative minds in the golden age of UK advertising, John Webster of BMP, worked with agency planners should be studied carefully.

The second proposal is to make more use of ‘fluent devices’; which he defines as “a recurring character or scenario played out by people in new and different contexts”. Specsavers is an example of the latter where a basic storyline is repeated in different scenarios tied together with a constant strap-line now part of everyday conversation. The concept of fluent devices is not a million miles away from Byron Sharp’s ‘distinctive assets’ which again shows how inter-connected the writings of Sharp, Binet and Field – and now Wood – are becoming.

Another point that Wood emphasises is that you cannot study the human mind while ignoring culture because minds function only when they have been filled out by culture. When the right brain is dominant, he believes that there is a heightened sense of our time and place in the world and advertising which reflects this will make more of an impact on the public. Lemon represents an important addition to the growing literature on how marketing communications work; I’d urge everyone in the business to familiarise themselves with its thesis.