Huskies poised to act in a new way

To position itself for the future, the pack at In the Company of Huskies believes today’s creative agency needs to pull not push

It would be fair to say that in recent years, In the Company of Huskies emerged as one of Ireland’s most compelling creative agencies. In 2021 alone they were listed in The Drum’s top 50 UK Digital Agency Census and retained the Fáilte Ireland digital account for the third successive term. More recently, Huskies was ranked in the top three creative agencies in the Effie Awards Index.

The Huskies’ product team, comprising Jane Madden, strategy director; David Hayes, digital director and Damian Hanley, creative director, are keen to explain their new Pull Not Push positioning. Madden says the marketing landscape has changed over the last decade and while everyone knows what that implies in media terms, the big question is, what does it mean for effectiveness?

“What we’ve seen is attraction being replaced by ‘force’ and marketing has become an economy of push,” Madden says. “In the push economy, attention has slowly but surely emerged as the commodity of the highest value, but the least impact. The market is confusing attention with engagement. They are not the same thing, and attention alone will not deliver growth,” she adds. 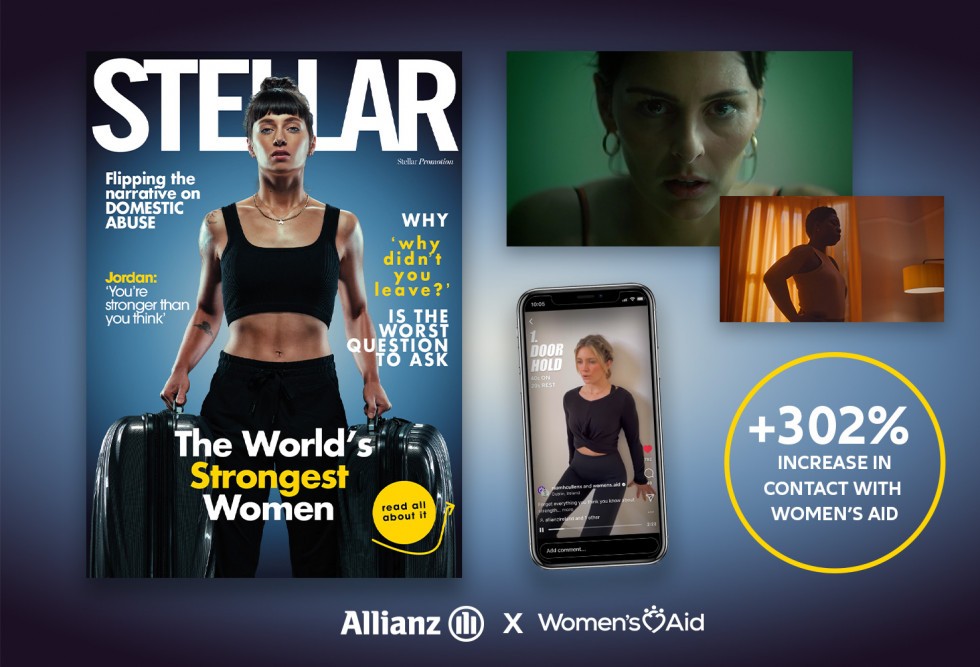 Huskies’ Allianz ads in support of Women’s Aid: In the Company of Huskies created ‘The World’s Strongest Women’ for German insurer Allianz. The three-year campaign, in partnership with Women’s Aid, aims to help curb the silence on domestic abuse in Ireland. It also includes the internal training of all Allianz’s senior managers, a domestic abuse policy and help for the company’s workforce. Norah Casey was the campaign ambassador.

Madden says there are a number of explanations for the dominance of push marketing; the first is the disproportionate focus on short-term results which has led to consistent under-investment in brands. The second has been the decline of ‘right brain’ creative work as described by Orlando Wood in Lemon, while ‘left brain’ work has been on the up.

The defining feature of ‘left brain’ work is the total absence of storytelling or emotional connection and it is no coincidence that since left-brain work essentially took over in 2008, we have seen a sharp decline in effectiveness across the board.

And finally, there has been the emergence of what we call ‘lightning’ brands. Madden says that these brands rely on product experience, proprietary assets (not distinctive assets) and performance media as their tools for growth. They operate in a world where the relationship with the consumer is delivered through functionality and experience rather than messaging alone.

David Hayes says the irony is that we are now seeing many legacy brands in mature categories using performance marketing to emulate the high growth of lightning brands. The owners/guardians of the lightning brands understand the importance of increasing their brand-building investment to ensure long-term future demand.

TIME FOR A NEW LANGUAGE

Damian Hanley describes Huskies’ mission as an exercise in restoring a belief in creativity’s power as a multiplier of effectiveness. “While brands used to be merely signifiers broadcast into culture, today they are part of a relationship with consumers and culture,” Hanley insists. “What we need to do now is to explore a new creative language to communicate and engage with audiences.”

“We have relied too heavily on the medium of film as the sole means to communicate and connect on an emotional level. In an era when we have at our disposal multiple ways to communicate, interact and engage with consumers we need to explore all the tools available in the brand-building toolbox, including media, data and tech.

“Our recent interactive mobile augmented reality game for Apache Pizza which celebrated the return of the St Patrick’s Day Parade and Festival is a case in point. Given Apache’s audience and their ‘We Love Extra’ platform, we wanted to go beyond traditional communications and develop a playful opportunity for people to engage with the brand in an interactive interface.”

It is a simple example of what is meant by Pull Not Push. It is about creating ideas and solutions that are bred on deep insights, behavioural science and an understanding of today’s media landscape. At the end of the day, Huskies believe that great ideas and solutions pull people in and that everything else needs a push. They reference the creative pulling power for insurance client Allianz. 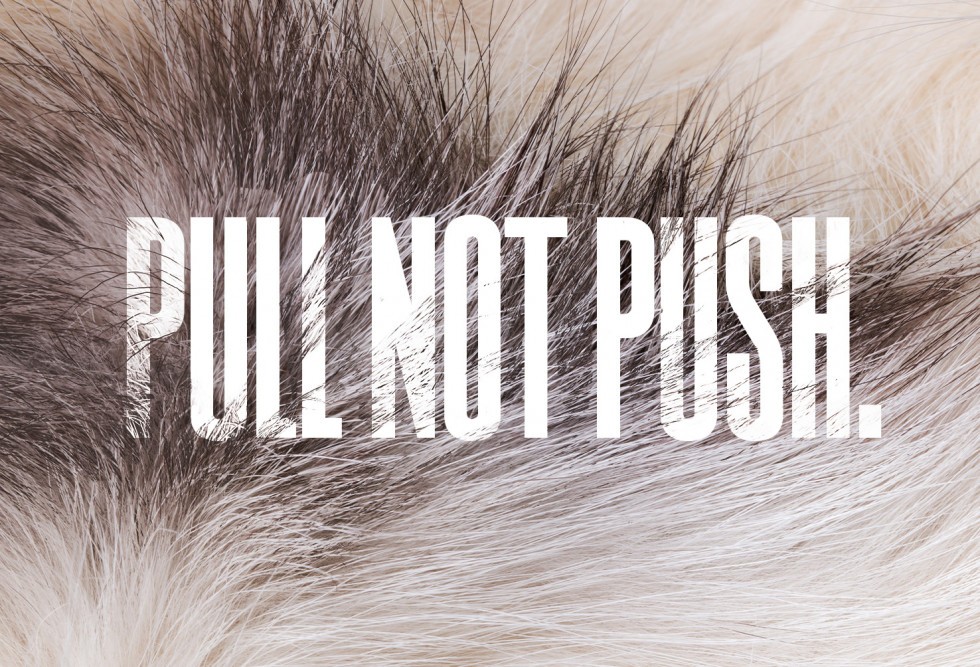 Huskies developed a clear insight which unlocked a new platform for the Allianz brand. Hanley explains: “We understood that despite the traditional narrative, insurance is not just a grudge purchase that lives at the end of a long to-do list. Insurance actually makes stuff happen.

“Unlike other insurance brands that signal their desire for people to live carefully, Allianz wants people to live fully. Living fully takes courage and Allianz believes the world would be better if people had more courage than fear,” he added. That belief is the foundation of the Allianz creative platform which has produced award-winning work for the brand over the last number of years.

Madden says that to ensure any communication Huskies developed would support Women’s Aid and survivors of domestic abuse, they conducted in-depth research with survivors and discovered that while every story of abuse was different, a common thread emerged: the sheer strength of these women. Hanley says that the real challenge was how to communicate that strength.

“When all the messages we see portray survivors as helpless and weak, we decided to flip the narrative and reveal the daily act of survival as a feat of real strength,” he says. Huskies introduced ‘The World’s Strongest Women’ campaign that borrows from the world of sports communications to pull people in with a firm but subtle form of messaging.

To date, the campaign has been supported with an online influencer campaign, print, film and most importantly a collaboration between Google and Women’s Aid, providing victims in Ireland with search results that immediately prompt the user to connect with the support group. Huskies are proud of the work they have done for Allianz and Hanley says the results speak for themselves. 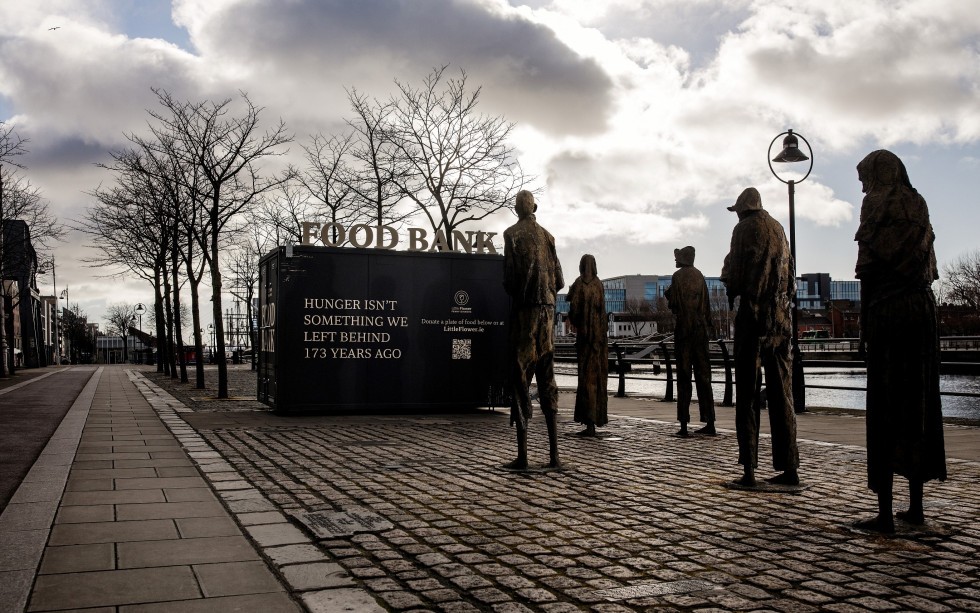 Highlighting ongoing affliction of hunger: To raise awareness of Ireland’s food poverty rates, charity Little Flower Penny Dinners briefed Huskies to show that hunger is an issue that never went away. With Famine Food Bank, Huskies installed a non-functional food bank beside the Famine Memorial on Dublin city docklands, where people could donate a plate of food to Little Flower using a QR code. The online and social campaign ran during St Patrick’s Week.

Madden says Huskies has ambitious growth targets for 2022. So far, so good, they remain on track. “In recent months, 10 new Huskies joined the pack, we’ve added six new clients and we’ve been shortlisted across three categories for The One Show. It confirms our approach is working.”

Hayes says the agency is committed to continually updating its operating system to stay ahead of the pack. “We’ve discovered that creating pulling power requires the continued development of our creative capabilities, collaboration and partnerships opportunities,” he says.

“As a consequence, we’ve employed an agency structure that allows us to retain in-house foundational expertise in strategy, behavioural science, creativity and digital supported by a distributed network of global specialists. It provides us with both an agile operating system and access to expertise and capabilities beyond those possible within the confines of a regular agency structure.”

Madden says traditional models of communication have become splintered. The battle for attention intensifies. Brands that continue to push out messages through this fragmented and commoditised media landscape will struggle. Conversely, brands that communicate purpose in a connected and consistent manner through brilliant communications and engaging interfaces will thrive.

In short, the future belongs to brands that create that pulling power.

Or as Huskies call it: Pull Not Push.