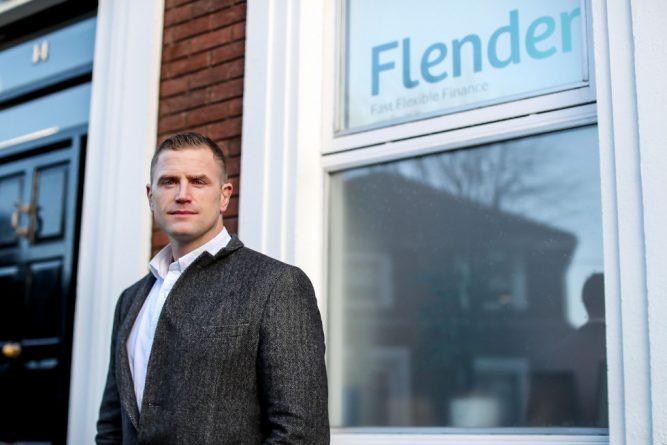 With 95 caps for Ireland and five for the British & Irish Lions to his credit, former Leinster number eight Jamie Heaslip knows a thing or two about strength in numbers. Having been forced to retire from rugby through injury, he made the switch to financial loans for small and medium enterprises (SMEs) by investing in Flender, launched by Kristjan Koik and Jeremy Davies-Betancourt in 2015.

Heaslip is now Flender’s head of brand marketing. Although his LinkedIn mission statement, ‘Bringing what I’ve learned from high performance teams to the business world’, sounds a bit twee, the mantra from his playing days, ‘Talent is nothing without discipline’, is a lot more edifying. It epitomises the attitude today’s players must embrace if they are to be at the top of their game and stay there.

“Rugby teaches you to be sure,” Heaslip says, “out there you run into people all the time and learn to take the hits. You can do it because you’re fit.” Until, of course, you’re side-lined. Heaslip admits that when it came to avoiding injuries, he was incredibly lucky. It was only at the end of his career that on medical advice a stubborn back injury urged him to call time and hang up his boots.

Heaslip has strongly-held views on the issue of injuries and protecting players’ rights when it comes to sharing medical data, which he describes as “sensitive information” between a player and his doctor. Players should know their rights, particularly since General Data Protection Regulation (GDPR) came into play in 2018. Professional rugby is a workplace – “your body is your job”.

“All sorts of pretty hurtful things were said about me in the media and some of them were blatant lies,” he insists. “I made a conscious choice and didn’t tell anyone what was wrong with me.” Another bug bearer for Heaslip is the role of sports agents. While having Ikon Management’s Damien O’Donohoe acting for him was inspired, he says other players he knew were less fortunate.

As rugby was late in entering the professional arena, International Rugby Players (IRP) and World Rugby can learn lessons from well-established practices with other major sports bodies like the National Football League (NFL) in the US and avoid the money-grab agent culture which has befallen England’s Premier League, something Heaslip dubbed as “a bit like the Wild West”. 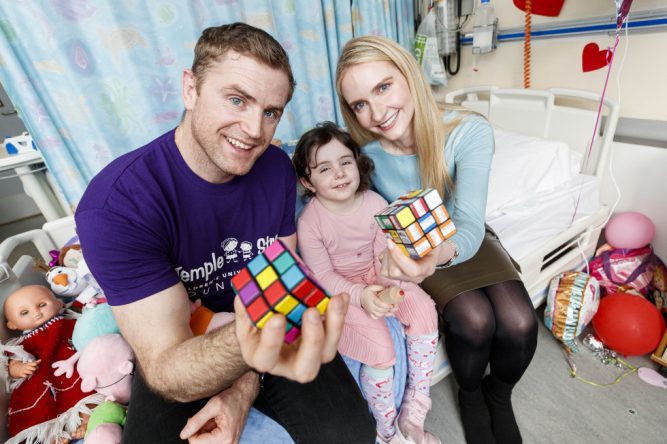 Rebranded as a marketer: Former Leinster and Ireland number eight Jamie Heaslip says he became conscious of building himself as a brand during his playing days. He believes everyone in the workplace should do likewise. Agents who represent professional sports need volume, without which they lack negotiating power. As well as his brand marketing at Flender, he undertakes charity work for the ISPCC, Goal and Temple Street Children’s Hospital, pictured.

In sports like tennis, horse racing and F1, the buck stops with the individual, while team sports demand a more united approach where everyone must appreciate the dynamics of their teammates. Rugby, like business, relies on a shared purpose and values which inform daily habits. He believes bodies like the IRP need to protect the commercial interests of younger professional players.

Before joining Flender, he worked for 13 months at Google’s European HQ in Dublin where his colleagues included the then country director Cera Ward. He admires the search giant for its “amazing process” and “machine-like networking”. Being a qualified medical engineer, tech has always proved a magnet, which may explain his interest in sports software company Kitman Labs.

Heaslip’s Sabra Management handles his speaker and fireside chat gigs. People in Irish business he admires most include An Post CEO David McRedmond, EY’s managing partner Frank O’Keeffe and former Ireland rugby team manager Mick Kearney. On the sports front, he looks up to NBA legends LeBron James and the late Kobe Bryant for the way they leveraged their brands.

Heaslip was born in Tiberias in Israel in 1983. His father, a retired brigadier general, was stationed there on a third tour of duty with the UN peacekeeping forces. He keeps in close contact with former teammates and joined Rob and Dave Kearney, along with Sean O’Brien, in investing in The Bridge 1859 and Lemon & Duke bars in Dublin. He does charity work for the ISPCC and Goal.

On the day of interviewing Heaslip, he was about to head to Twickenham for Ireland’s Six Nations’ game against England. He joined the ranks of retired players commenting on live games and is part of the BBC and Channel Four studio panels. He believes that because rugby is still a niche sport globally with developmental needs, international games should remain free-to-air.

Given his Beeb and C4 ties, observers may be tempted to reference Mandy Rice-Davies with “well, he would say that, wouldn’t he?” But as Heaslip prefers to shoot from the hip and shun gratuitous sycophancy, it’s most likely kosher. So is he destined to end up a curmudgeon like George Hook? Not a chance, he says, the days of the rugby punter being contentious for the sake of it are history.

The Punch & Judy merde stirrer show is over.