Live and swell at Verve 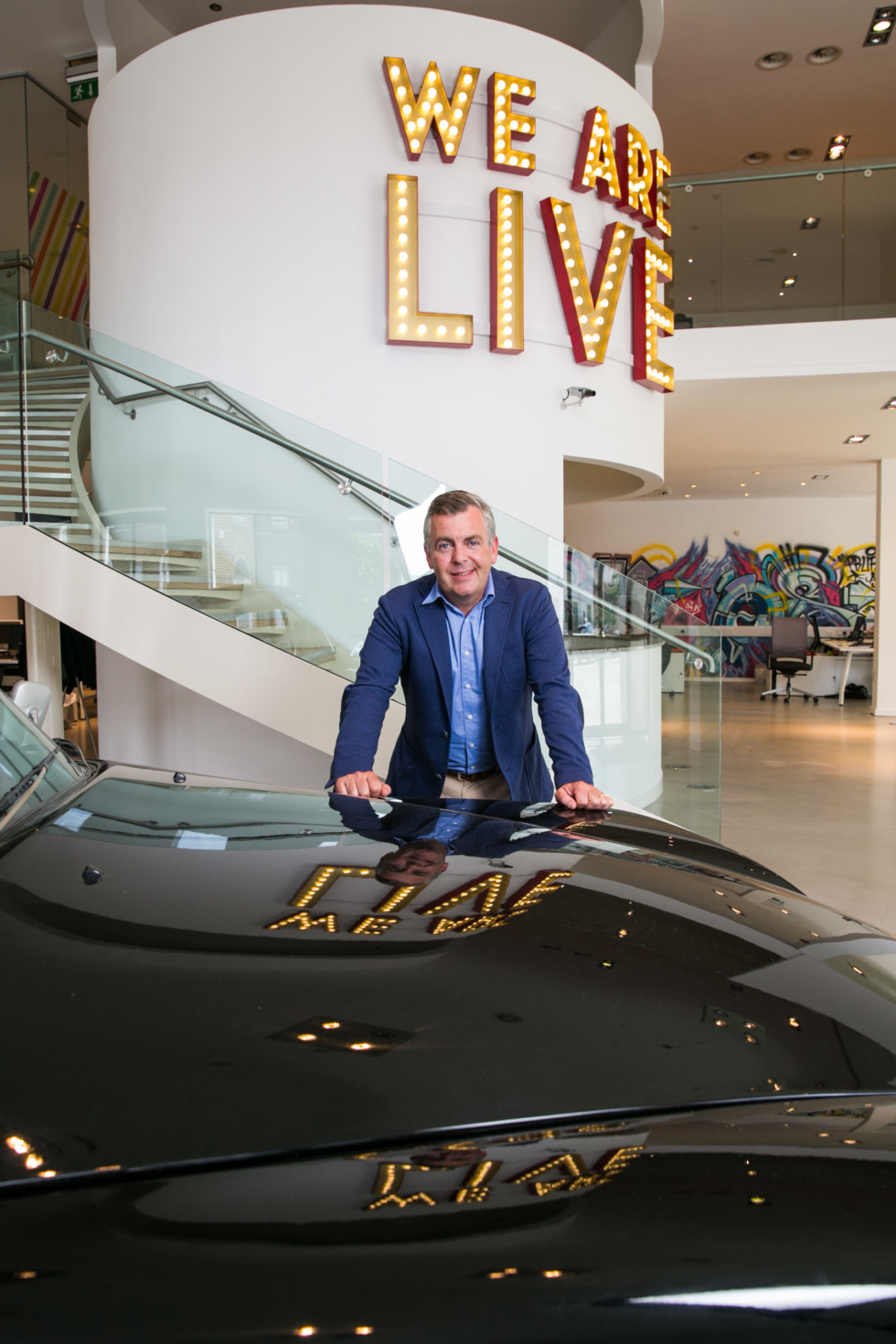 Go to most major sponsored sports or music events around Ireland and chances are Verve are likely to be involved. It could be Electric Picnic, corporate hospitality at the All-Ireland GAA finals or manning stalls at the National Ploughing Championships in Tullamore. The agency helped Diageo roll out Kronenbourg Blanc wheat beer at a beano for media and influencers.

As with PR, staging events and brand activations is all about attention to detail and providing clients with creative ideas which catch the imagination and prompt millennials to text and talk about a brand. Walk into Verve’s premises on Erne Street and greeting you is a ‘Hello’ sign at reception and a bold neon next to a curved staircase with the message ‘We Are Live’.

But what really catches the eye is a black 1973 Citroen DS Pallas. Known as La Deesse (The Goddess), mention of the car prompts a wide smile on the face of Verve’s founder and managing director Ronan Traynor. “It’s a great car,” Traynor says with the enthusiasm of someone who knows a stylish chassis when they see one, “it can stop on a dime.”

The brainchild of Italian sculptor Flamino Bertoni and French aviation engineer Andre Lefebvre, the DS has a 1.9-litre engine, power-assisted gearshift, clutch and brakes. Its crowning features are its hydro-pneumatic suspension system and adaptive headlights. The hydraulics make the ride incredibly soft. “It saved de Gaulle’s life,” Traynor points out.

Records show French President Charles de Gaulle survived one of several assassination attempts against him thanks to the DS’s performance and its sleek, aerodynamic design. First launched at the 1955 Paris Motor Show, the car’s streamlined, understated form stood out among the tail-finned and chrome cars popular at the time. Enough about the DS.

But its magic highlights Traynor’s attention to detail and the need for collaboration. He firmly believes the best ideas come from specialists at the top of their game working in tandem. The concepts are invariably outside the box and appeal to brand owners keen to avoid clutter and the me-too sameness which taints so much marketing these days.

Traynor says the days of normal brand interruption are more or less history. Consumers know what they want and will just switch off to anything which does not appeal to them. He says by turning a brand into an enjoyable experience and the old-style ways of communicating can be dropped in favour of engagement. Being up to speed on forecasting social trends is key.

“We know the future of good communication lies in connecting with people a little differently,” Traynor says. “The agency of tomorrow needs to be as dynamic as the market it serves. Our agency is designed for the experience economy. Our positioning represents what others define as ‘the future’ but we see as ‘the here and now’. We have a multi-disciplinary team which is how we won industry recognition as a European powerhouse,” he adds. 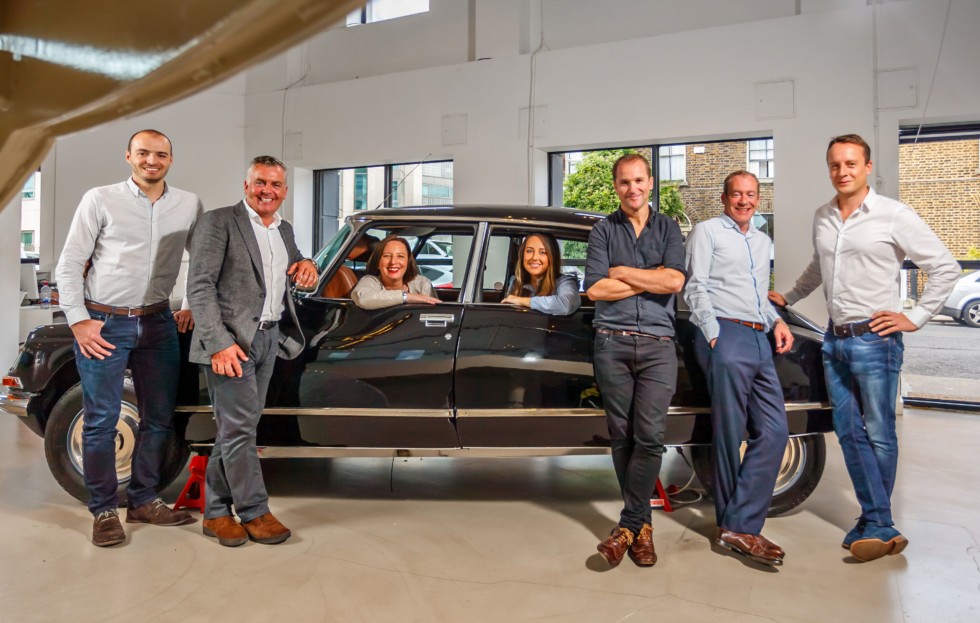 Verve’s client list reads like a who’s who of top Irish and multinational consumer brands. Coca-Cola, Electric Ireland, Eir, Ford, Google, Mars, Microsoft, Unilever and VHI are among them. Diageo has been a client for many years and during the summer they were one of the company’s 20 European experiential agencies invited to pitch for some new business.

“We’re not here to bombard our audience,” Traynor says, “we’re here to engage with them because people don’t remember brand messages, they remember experiences. The best work doesn’t just show an understanding of culture, it is the culture. A passionate team of sharp minded people for whom cultural trend spotting is second nature will connect.”

Ask Traynor what Verve is essentially and he says problem solvers. He believes the answer can be found anywhere from TV and radio, to digital and events, experiential and mobile. The strength lies in a fully integrated campaign. Every great campaign starts with a strong insight. While ideas are many and varied, the main thing is to achieve measurable results.

Are there openings in live entertainment? Traynor says whether it is a string quartet in the National Concert Hall or a top West End show in the Bord Gáis Energy Theatre, getting people across the threshold is the problem. The arts can be seen as too high brow. But there is a demand for proms in the park, like they have in Sydney and in New York’s Central Park.

It is being done in Ireland with food. Events like The Big Grill in Herbert Park and the Groove festival in Kilruddery House in Bray. Avril Bannerton’s Taste of Dublin in the Iveagh Gardens really caught on. Meatopia is a new American concept involving top chefs cooking quality cuts. Happenings outdoor cinema provides entertainment for movie fans.

Verve also has offices in London and Amsterdam. Like other Irishmen in business, he finds the uncertainty surrounding Brexit worrying. However, he will be encouraged by a survey in August by the Dublin Chamber which showed that the number of companies who believe that Brexit will have a positive impact on their business has increased over the past 12 months.

The chamber, which represents 1,300 companies across the four local authority areas, said that one in four firms believe that Brexit will affect them positively. The figure is up from one in seven at the same time last year. The survey of 359 companies found the number of companies that believe Brexit will hit them badly was down by four points to 46 per cent.

At the Kronenbourg Blanc launch in the Haddington gardens overlooking the east pier in Dun Laoghaire, Verve struck a balance between creating brand impact for the new beer and a welcoming atmosphere for guests. Twenty six years in business has taught Traynor overkill should never top nuance. Like tastefully repainting an ice cream van in the brand’s colours.

As the man says, it all comes down to solving problems.

View all posts by Michael Cullen →
Brands home in on family themes
Sharks gunning for glory?