One of the reasons ad agencies enter award shows is because of something called The Gunn Report. The report is an annual audit of the most creative agencies on the planet, based on the number of gongs they have won. The higher up the ladder you get, the more creative you are. The bigger agency networks all have multi-million-dollar-funded departments that focus solely on show selection and prepping work for awards.

When I was at Saatchi & Saatchi, there was an apocryphal study done that showed that award show success appeared to have a direct correlation to share price. Agencies are ranked by how many points they accumulate across an unpublished and secretly guarded range of shows. The majors, like Cannes, D&AD and One Show, are all included.

However, there are some easy wins if you are devious and look down the league table. You can bet your bottom dollar that BBDO know something that nobody else appears to… and that is that the Kinsale Shark Awards are included on the secret Gunn list. Every year they blitz the Irish show with entries and walk away with a stack of metal. The booty has no doubt helped them win Gunn’s creative network for the last 11 years. 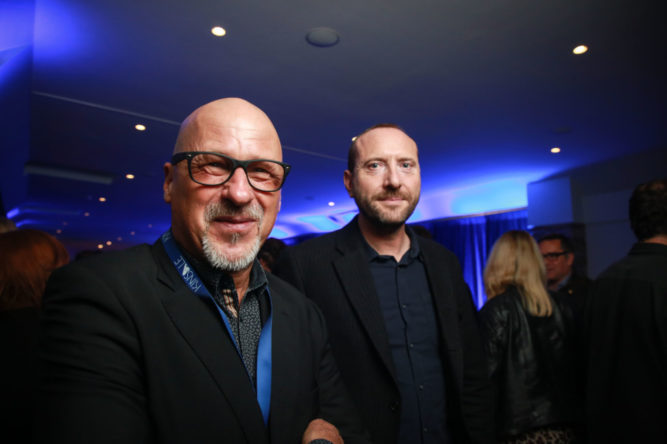 The selections below are only from the films shown in full throughout the festival. They should have been a lot, lot more work shown and in full.

1)  When I Met the Devil: A tremendous music video for indie, Longford band, Brave Giant from new Irish director, Fergal Costello. Comedian Joe Rooney plays a kinda grown up Father Damo in a beautifully rendered bit of storytelling and filmmaking.

2)  Kolshik: Another music video directed by Ilya Naishuller for Russian, gypsy, punk band, Leningrad. It’s extraordinary. Having watched it many times, I still have no idea how they did it.

3)  Trolleycam: Having had the brief pleasure of working on one of Ireland’s big three grocery brands earlier this year and seen how rudderless, self-congratulatory and utterly out of touch they all are, it is refreshing to see the German usurper Lidl come in to Ireland and be more capable of tapping into the Irish psyche than all of them put together – probably by simply letting their agency at the time of Trolleycam, Chemistry, get on with it. A charming series of how we all really do our weekly shopping.

4)  25 Annoying Things: Renowned filmmaker Kathryn Ferguson’s counter-intuitive Repeal The 8th spot for Amnesty International was a fully deserved winner in the Creative Bravery award.  There’s no ‘normal’ client I know that would have had the ovaries to come at the problem from this angle.  And therein lies its power.

6)   Life with Cancer: A campaign for Macmillan by VCCP gave me my biggest Kinsale cry. Watch it.

To my mind, the Cannes Lions jumped the proverbial shark two years ago. This year, Publicis (not really known for their…umm…‘creativity’ at the best of times) dramatically announced they were pulling out of Lions 2018 to focus their minds and loose change on an “AI-powered professional assistant programme called Marcel” (whatever that means). Embarrassing and often shameful scam ads continue to slip through the supposedly strict judging criteria. It seems like you can win an award for anything. (I’m just waiting for the ‘New grand prix in the best video case study category entry video category’ to be launched).  The event feels like it is teetering on the brink of collapse.

Collapse under its own greed and bloat and the weight of the sheer number of gongs splurged every year. There were well over 200 Gold Lions handed out this summer… and bajillions of silvers and bronzeseses. Time was when a Gold Lion meant something special. They used to call it the Oscars of advertising. It’s far from that now.

When I first visited the Kinsale advertising awards 25 years ago it too was a lot more relevant and respected than it is today. A small but high-quality calibre of entries. More delegates. Its quirky, craic-filled, down-to-earthness was seen by many as a perfect antidote to the self-indulging, over-priced pretentious glitz of the Côte d’Azur. 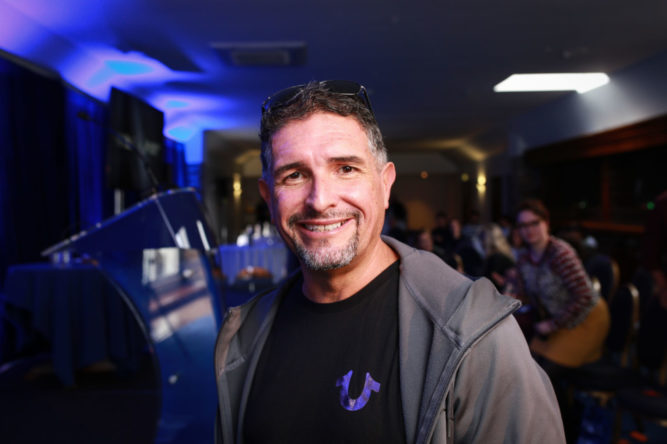 “You don’t have to be nasty, or an asshole, to succeed”

“Who’s going to change things if you don’t?”

“Through art we can unite communities”

“We, as the advertising industry, have a responsibility to change things”

“Do you think you’re doing the right thing? If yes, then keep going”

For some reason, a load of Finns used to come too. Having returned about five years ago and it was clear the event was in trouble. It felt like it had not moved with the times. The speaker roster was lame and missable. Rumour had it that it was losing money. One perhaps would not have been too surprised to hear that it was about to shut down.

But this year, the Sharks showed signs that the gills might be breathing oxygen again soon. Despite quite a low number of delegates, it was well organized with crisp design and livery and a stimulating and engaging roster of guest speakers. My only real gripe was the organizers’ refusal to show all the winning work at the awards dinner. We are not really there for the beef or salmon and dodgy plonk, and I don’t think anybody minds if the awards run over two hours if it means seeing as much great work as possible.

I believe there is a real opportunity emerging for a repurposed, refashioned Kinsale and the best place to start might be to streamline the thing and perhaps tear a leaf out of the Oscars playbook. Maybe Kinsale becomes a ‘WorldWinners’ show – where they only accept entries from campaigns that have already won elsewhere.

That would see them retain their presumed Gunn status. The Academy Awards have been tipping away since 1929. That launch year, they had 12 categories; they now have 24. But really, the focus is on the big six: best and supporting actors; best picture and best director. That is 24 categories covering the entire film industry. You win one, you are king of the world. You get nominated, it’s an accolade in itself. It’s a definite win-win.

Right now, there is a window for an international show with a methodology that is easy to digest and understand and one where actually winning is so difficult to do, that the prize itself bestows ultimate stature. I see no reason that our own Kinsale Sharks couldn’t take a strategic shot at adjusting itself to such a big hairy goal.

Seán Boyle is a writer, strategist and the host of the vaguely marketing-y podcast, A Pint With Seaniebee. He was previously a creative planner at Saatchi & Saatchi (Asia), and in New York with both JWT and BBDO. He worked in Dublin at Wilson Hartnell and CDP Associates