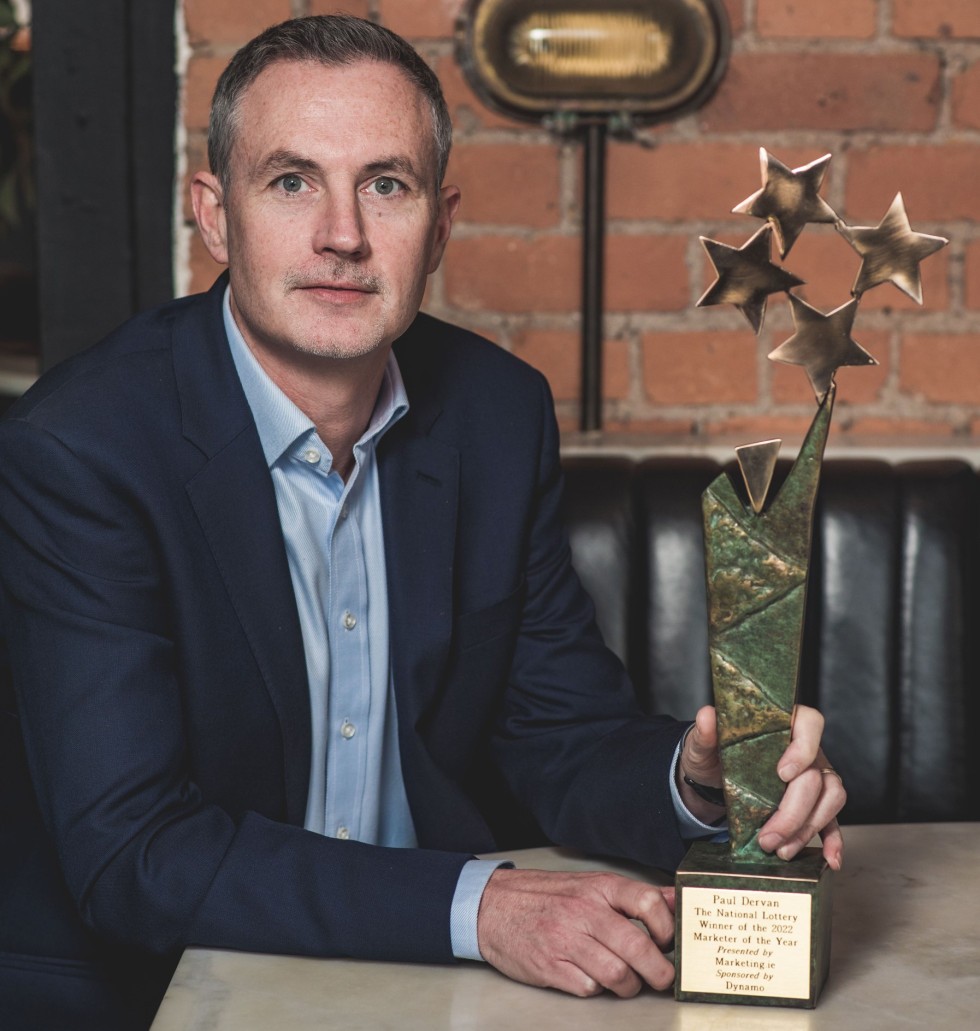 Paul Dervan, chief marketing officer for the National Lottery, has been named this year’s Marketer of the Year™ (MotY) for his work in creating a new strategy with a strong focus on long-term branding and a move away from promotions and the pursuit of short-term gains. The industry competition is organised by Marketing.ie and sponsored by Dynamo.

When Dervan joined the company in late 2019, his vision was centred on strengthening the brand to push growth. As well as driving revenues, he planned to rebuild the National Lottery brand and lift the careers of everyone in his department. The foundations for his plans rested on six behaviours which appeared on the office walls and set the progress agenda.

The first principle was to be hard on the work, easy on each other – raise the work quality bar while being kind to colleagues. To be successful, work hard. Be sceptical, but not cynical. Humility is a behaviour that marketers need to nurture as ego gets in the way of things. Strong opinions, weakly held means changing course when you’re wrong.

Share early and often – don’t spin results. It can be hard but the alternative is damaging.

Dervan and his team recognised three basic truths. People were not as excited as they used to be in playing the lottery. There was less attachment to the brand and people forgot to play. The brand needed to be noticed and liked more. Anyone who bought a ticket seven times and didn’t win was unlikely to play again. There was also a need to ease the consumer journey.

Campaigns homed in on creating a master brand in place of the sub-brands competing against one another. The lottery used more colours than Skittles, which was confusing. Brand positioning was sharpened with a recognition they were selling a ticket to dream. Gold can be found by studying the past so the ‘It Could Be You’ slogan dropped in 2013 was reinstated.

There was a doubling down on creating distinctive brand assets. As attention is scarce and fleeting and media is fragmented, the reason was evident numerically. Soon after starting as CMO, Dervan undertook econometric modelling to assess the value of their ad spend. For every €1 invested, €2.68 was returned back in profit, prompting a shift in media channels. 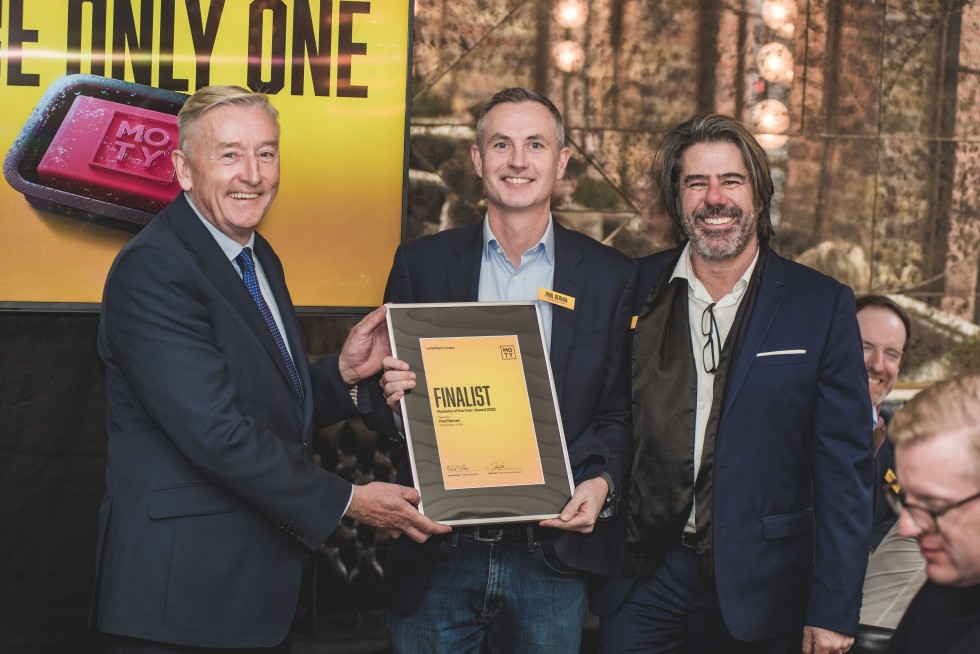 The brand’s fame and mental availability was measured and reinforced. A return to investing in good causes was also pursued as people feel better about playing after they lose and will tend to play again. Team-building exercises included upskilling, organisation on marketing effectiveness and developing the basics – starting with brand metrics, strategy and insights.

Dervan’s strategy in reinventing the National Lottery brand resulted in the highest ever year-on-year revenues. In 2021, the lottery topped €1 billion for the first time, a 19 per cent increase on 2019 figures. Revenue growth was not due to increased ticket prices or better distribution. Brand equity was up, people liked the lottery more and began to feel connected.

Dervan’s career tip: Anyone starting out should try and find a job in a company where they really understand and appreciate the value of marketing. He said it was amazing how he found it so easy to phone a world-class leader in marketing and ask them to share some advice.

Two other finalists were in the running for this year’s award – Aileesh Carew, director of sales and marketing at Epic, the Irish Emigration Museum, and Loretta Dignam, founder and marketing director of The Menopause Hub. Carew’s task was to raise the profile of Epic and the museum’s role in helping to share the story of Ireland’s diaspora.

Tapping into her experiences from working in hospitality in Ireland and abroad, Carew created a template to compete with other tourist attractions in Dublin, not least the Guinness Storehouse and TCD’s Book of Kells. Relying on insights, new ideas and ignoring the old Paddy whackery, visitor numbers and market share were boosted and the Docklands was put on the tourist map. Carew’s career tip: “I would ask, what problem can you solve for the consumer?”

Dignam, who won MotY in 2011 for her work for Jacob Fruitfield, developed the Menopause Hub and a new category, borne out of her own experiences in going through menopause. Having recognised a gap in the market, she grew the business by using her strategic and commercial expertise, conducting in-depth research and hiring the appropriate medical experts.

Her career tip: “Know your consumer and know your consumer inside-out. Consumer insights are key to brilliant marketing.” MotY returned this year following the pandemic with a campaign created by new sponsor Dynamo. The campaign slogan was ‘Let’s Get Ready To Rumble’ and asked: ‘Are You Ireland’s Next Heavyweight Marketing Champion?’

The judging panel was again chaired by Barry Dooley, chief executive of the Association of Advertisers in Ireland (AAI). Dooley has been in charge of running the AAI since 2013 and has extensive experience working in agencies, not least Irish International, now BBDO Dublin.

Marketer of the Year™

Since 1993, Marketer of the Year™ has recognised and honoured standards of excellence in Irish marketing, specifically for work done in the last two years. The winner is someone, who through the use of strategy, innovation, communications and impact on the target market, has been responsible for making their brand, product or service an outstanding success.