Shaming without naming in ads a risk

Breandan O Broin questions the RSA’s rationale for a TV ad where a learner driver is shamed. Shaming without naming is not without its risks

The commercial cost over €325,000 to make and another lot of cash to buy airtime. It created a lot of controversy. Was this done on purpose or was it the law of unintended consequence? Whatever about any moral concerns involved in the potential victimisation of the learner driver involved, the RSA and its creative agency, BBDO, certainly got what they wanted.

The issue of unaccompanied learner drivers has long been totally ignored by An Garda and casually accepted by society. But the specificity of the brilliantly-produced ad in how it details such a once-off tragedy can give cause for concern. The learner driver lived in a small community. She was charged, appeared in court and was punished for her law-breaking. 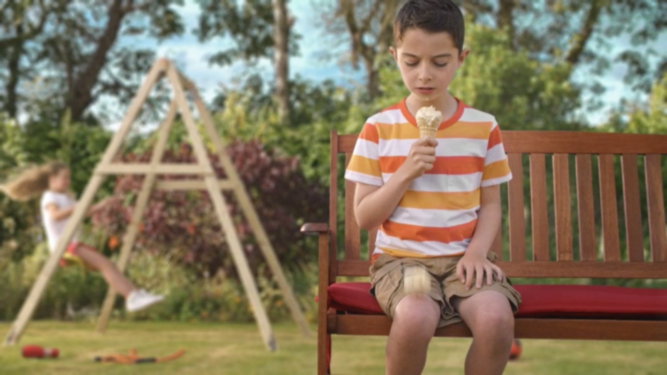 Driven by powerful messages: BBDO Dublin has won numerous ad awards for its work for the Road Safety Authority (RSA), including ‘Anatomy of a Split Second’, pictured, and ‘Don’t Look Back’. But its more recent campaign with a victim impact statement on the damage unaccompanied learner drivers can do on Irish roads sparked huge controversy.

She is condemned to forever live with the catastrophic outcome of her ill-judged action. But should she also become subject to further public blame and humiliation? Is it right that an organ of the State to replay the consequences of her crime? Is it proper that the relative of the deceased be offered an on-going opportunity of repeating his victim impact statement over and over again on TV? Are marketers possibly ‘monetising’ the private nature of grief?

In the past months, many road deaths have been caused by young men speeding recklessly through the night on country roads in what is a consistently more dangerous activity than unaccompanied driving by provisional licence holders. But will we see any ads specifically identify the cause and effect of such actions and lay the blame on the driver of these vehicles?

Almost certainly not; the local community can be trusted to absorb the blame and share the grief. This is a difficult issue as it involves the promotion of a public good at the possible expense of a guilty individual. The subject is raised so that it can be calmly considered in higher places. It deserves urgent address. It is far from being a ‘stray’ thought. 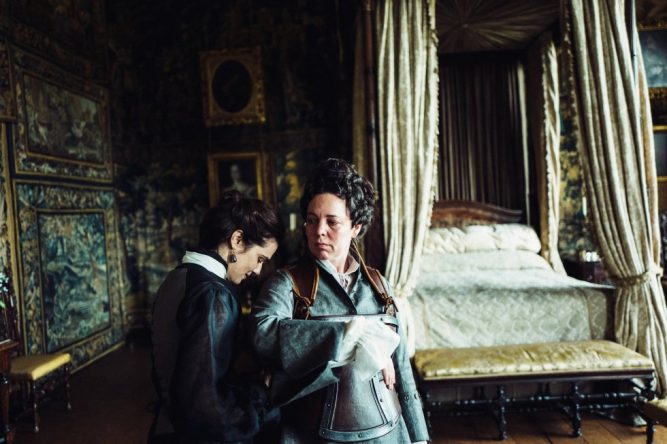 Olivia Colman is the newly-crowned queen of British acting. Fair enough; it’s a role she is often called upon to play. Her latest royal appearance was in The Favourite for which she won a bounty of Baftas and even pipped Glenn Close to an Oscar. Poor Glenn, her seventh time to be Oscar-nominated. She’s undoubtedly earned the moniker ‘Close-But-No-Cigar’.

It appears advertising almost put an end to Colman’s film career before it even got started. In the early days when screen roles were not rolling in, she appeared in a car finance ad for AA. Somewhat naively, Coleman expected the ad, in which she played two versions of a gal called Bev, to run for about a week. Instead, she claims, “the ad ran about four times a day, every day for a year” which was some mighty feat of media buying. Colman became so type-cast that casting directors gave her the elbow and she “lost many a part” in the coming days.

To add financial hurt to professional injury, Colman claims the AA paid her only a once-off fee and never coughed up a penny in repeats. Presumably, her current agent was much more aggressive in negotiating a highly-priced contract for her fleeting appearance in the new ‘Made in Britain’ TV commercial for BA – or Brexit Airways as it may soon be known.

Brainy folk colluded in coming up with a permissible visual reminder to TV rugby fans that Guinness is the title Six Nations sponsor. Promotional references to alcohol are not permitted in France under the 1991 Evin law so the Guinness logo could not appear in the normal spot in the centre of the pitch. Instead, Diageo replaced the word ‘Guinness’ with ‘Greatness’.

Not sure how many fans made the connection but it’s a nostalgic throwback to the days of so-called subliminal advertising. Closer to home, it appears Diageo made a snowflake boo-boo with a Guinness Six Nations poster that insinuated undertones of nationalism to sensitive souls. Following a minor whimper of protest, Diageo immediate threw in the towel.

The company apologised to all and sundry and said the offending poster would never again sully the public gaze. Without the benefit of the social media argy-bargy, it’s probable most  fans would have scratched their heads and wondered what on earth the poster was all about.

Property advertising follows a well-practised path as every estate agent matches its rivals with a like-for-like promotional push. That’s why we are intrigued and impressed by the break-out strategy adopted by an agent who is obviously not a member of the Sherry One Size Fitz All Brigade. From Louisburgh in Mayo, FM Auctioneers have gone for broke.

Well, we don’t mean that literally. FM was buying full page ads in the London-Irish Times for days on end to sing the praises of a “Superb coastal residence in Lecanvey Westport”. A series of full page ads to sell a single house with an asking price of €550,000 – it’s a brave move and a big price to pay on the part of the advertiser. Let’s hope the power of the press can make this one go ‘sale agreed’ in double-quick time. Mayo for the holidays, anyone? 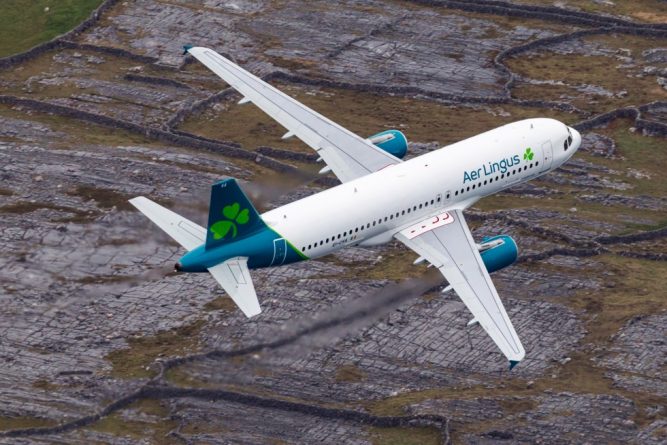 It was predictable that Ireland’s design community would be about as eager to support the new Aer Lingus corporate branding programme as it would be for the DUP to become advocates of the proposed backstop in exiting the EU. One by one, they stepped up to the mark in a Totally Dublin article to say how unimpressed they were by the refresh.

Anytime a good word was said for the design work by Lippincott of New York, it was countered with a caveat. The new look has a touch of the same old about it as it introduces designs memes of international blandness spiced up with soupcons of local references.  Nevertheless, that’s probably what the client wanted and the brief demanded.

Aer Lingus is an Irish airline that’s part and parcel of a global airline group. It is perfectly normal that we should feel possessive about the brand as we do about Guinness, for example.  We like to regard the airline as a brand ambassador for Ireland, first and foremost. Among the top brass in the International Airline Group (IAG), that’s probably a secondary criterion.

In our strife-ridden times, airlines first need to offer reassurance. The Aer Lingus new look combines a touch of the Irish mammy counterpointed with the polished poise of the global executive. It’s the go-to strategy of the likes of Emirates, Qatar and other newer aviation industry leaders. Aer Lingus haven’t got it wrong and they haven’t got it right.

Somewhat sadly that is often the benchmark of corporate success these days. Aer Lingus might have been wiser to invite an Irish design agency to act in an advisory capacity on the project, but that too would have been open to carping. It’s a debate that has been running for many a year now in Ireland and it’s highly likely that the issue will continue to fly.

NOT SO HOT CHOCCY

Also in the London-Irish Times, columnist Robert Crampton writes about how few TV ads  he sees anymore due to changes in his viewing habits. He’s more a box-set binger these days.  But watching the Six Nations live recently, he spotted an ad that reminded him of “how damned silly the ads all are”. One commercial in particular got Crampton’s dander up.

In it, “a pretty girl got up like Red Riding Hood cycles through a forest being chased by a pack of wolves. When the ravening killers corner her, she breaks out a bar of Green & Black chocolate as which point the nasty lupines melt away. What manner of idiot might buy a bar as a result of this nonsense?” Perhaps Mondelez media planners have research proving that middle-aged male rugby-watching couch potatoes enjoy a taste of sexualised fantasy?

Is it fair to say creative agencies are being over-indulgent in producing lavish identikit ad campaigns based around the same shared premise of sporting passion? It’s all designed to warm the cockles of consumer heartstrings but the constant collisions of famous sports personalities and big business now has all the subtlety of a lack-tackle on cranky Johnny.

Putting on the green jersey is all very well, but a little more clever footwork wouldn’t go amiss in advertising sporting allegiances. 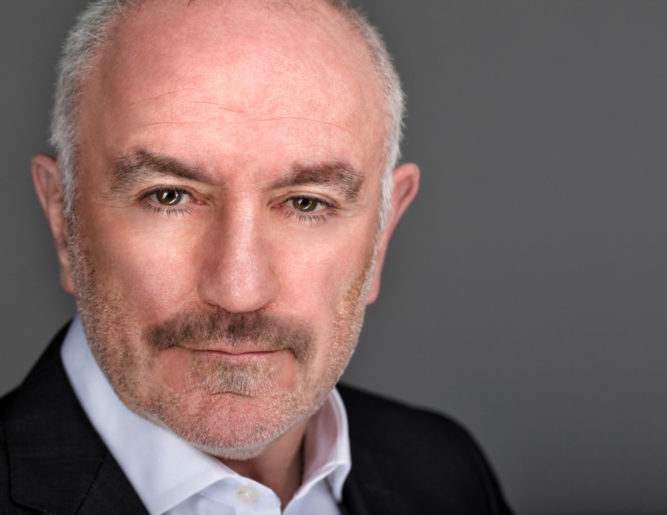 A THESPIAN AT HEART

JWT Folk executive director Gary Brown is making a name for himself on the theatre front. Brown’s debut play, Back Live, with Apres Match star Gary Cooke, was a sell-out at the Viking Theatre in Clontarf in January. Now Brown’s story about how banter and slagging in Irish culture can get out of hand will be staged at the Edinburgh Fringe festival in August.

The cheeky ad of the year gong goes to Boys + Girls for its Skoda radio commercial that utilises the challenged verticality of our Uachtarán in its promotion of its latest powerful but small car. What improves its cheeky rating is that it manages to do this by pretending to forget the identity of the president in question. Will Michael D be amused?