No limit to Sky’s AdSmart idea

At the end of last year, Sky Media launched a €250,000 ad production fund in an effort to urge Irish advertisers get their brand on TV through its AdSmart technology. With AdSmart, different ads can be shown to different households watching the same programme. It allows brand owners advertise during A League of Their Own, Tin Star and on Sky Sports.

Small businesses, which normally shy away from TV advertising, are targeted with the pot. “We want to help advertisers utilise the power of TV to build their brand,” Murray says, “but the cost of making an ad can be an obstacle. We also want to raise awareness of AdSmart so that more Irish businesses and brands consider targeted advertising as a medium.” 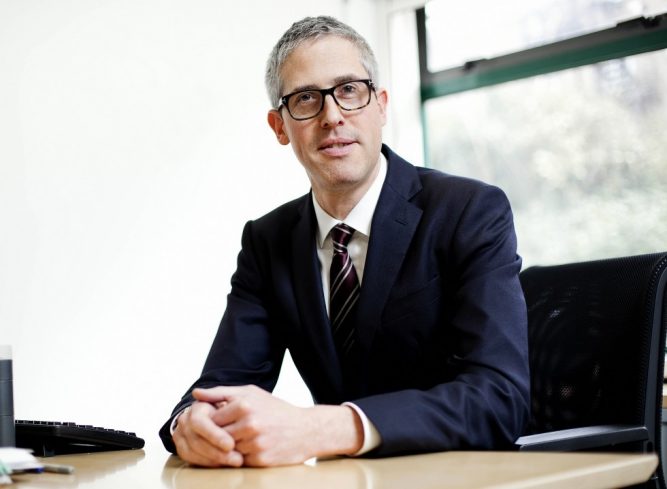 The AdSmart story so far? Murray says 55 advertisers have signed up, across almost 200   campaigns. Nearly one in two advertisers are new to TV and one in three of them have returned to buy another campaign. He points to case studies that have used AdSmart, from major advertisers like AIB and Harvey Norman to TV newcomers GoCar and 3Dental.

The topline summary for AIB showed that the AdSmart sample was four per cent more likely to recall the ad when prompted by the creative. “AIB is a bank I like” was up by a quarter compared to those in the non-exposed sample. AdSmart scored higher for brand advocacy and the sample was 50 per cent more likely to recommend the bank to family and friends.

For those who saw the AdSmart campaign, three per cent went on to speak to an AIB advisor or opened an account, compared to zero per cent in the unexposed group. With GoCar, whose media is handled by Mark Lynch at Open Communications, those exposed to AdSmart were found to be 71 per cent more likely to recall the ad when prompted by the campaign creative.

When asked if respondents thought GoCar was a good alternative to car ownership there was a 25 per cent uplift. Those exposed to the ad through AdSmart were twice as likely to consider using Go Car compared to those who had not seen the ad. There was a 50 per cent uplift in visiting the website and brand advocacy doubled in the AdSmart exposed group.

Sky Media claims there a 100 per cent increase in those recommending GoCar to friends and family. Murray has held agency workshops and he and his team are selling the production pot idea North of the border. Any advertiser availing of the €250,000 pot is subject to a cap of €20,000. Lawrence Fee’s Yard Media is Sky Media’s production company of choice. 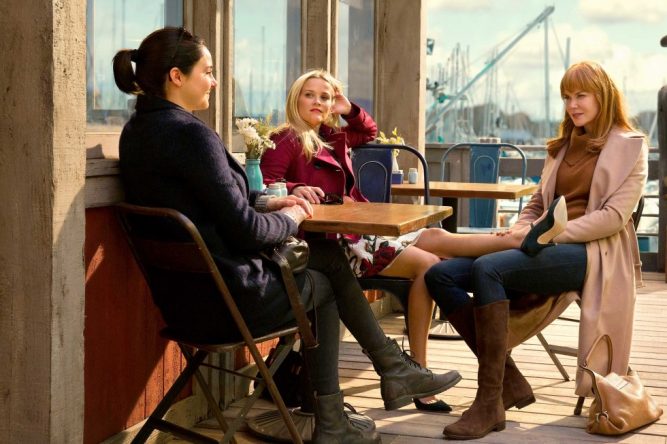 Marie Collier, marketing communications manager, VHI, says she used AdSmart to advertise the launch of the company’s new paediatric clinic. “With AdSmart,” Collier said, “we were able to achieve the emotional connection of using TV as a platform but in a highly targeted way, as it enabled us to select location-specific audiences.” She was pleased with the results.

GoCar sales and operations manager Daragh Genockey chose AdSmart as he wanted to increase brand awareness and service membership. But with a limited budget, he found it hard to access offline channels. Digital channels were delivering well, but GoCar felt extra channels were needed to give a deeper insight into how the service actually worked.

Genockey chose AdSmart as it accessed the right customers and could deliver greater volume in tandem with digital platforms on a budget GoCar could afford – with an opportunity to scale as activity grew. The brand saw a significant lift in website visits and roughly 400 sign-ups were attributed to the campaign, a strong return-on-investment for the media spend.

Network Security monitored alarm systems was one of the other advertisers new to TV. The company sought to increase brand awareness, support the opening of a new Dundalk store and generate leads for its sales team. Managing director Derek Ramsey said AdSmart proved successful in achieving the goals, so much so that he plans to go with another campaign.

The ad script is presented to and signed off by the client. Casting, VO, music and final edit are approved by the client. The client owns the ad copy but the ad – or any edited version of the ad – can only be used on Sky Media and third party client channels, including its website. There is a minimum ad spend expressed as a multiple of the agreed production budget.

Who controls the budget and what about signing off? There is a consultative three-way process, but with Sky having the final budget sign off. Murray says the process is designed to avoid any shift from agreed scripts which, in turn, ensures that commercials are delivered to a pre-agreed budget. Clients are only charged if 75 per cent or more of the ad is seen.

How does AdSmart actually work? Well, household data is stored on the Sky box. Relevant ads for that household are sent to the Sky box by satellite. When an AdSmartable opportunity is identified during an ad break, a hint code tells the box to choose the most relevant stored ad to play. The ad is then served seamlessly into the ad break to the targeted audience. 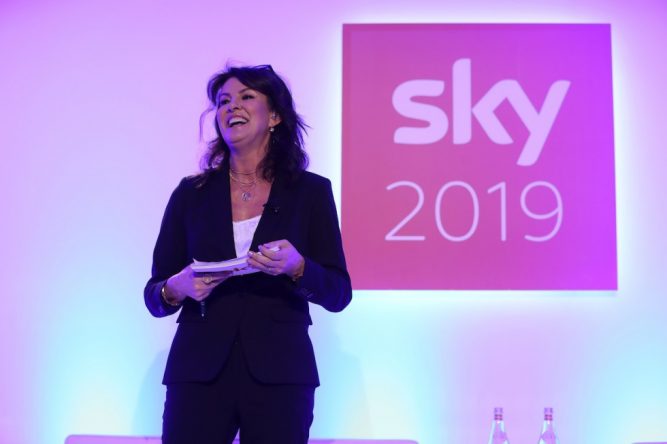 Sports stars, comedians and thespians from across the water showed up at the Westbury Hotel for the recent launch of Sky 2019 – ‘What to Watch This Year’. Sky Ireland boss JD Buckley got the formalities underway as Moone Boy star Deirdre O’Kane (above) MC’d fireside chats with Jamie Rednapp, Yasmine Akram, Romesh Ranganathan, Rob Beckett and Juliet Stevenson.

As Sky competes for audience-scoring content with streamers Netflix and Amazon, a number of popular dramas are back soon, not least the final eight season with six episodes of Game of Thrones from April 15th, along with the Paul McGuinness-inspired Riviera and Britannia.

Another HBO drama comes later in the year in the shape of the four-part Catherine the Great, with Helen Mirren in the title role. Brassic is a black comedy starring Joe Gilgun and Aaron Heffernan. The title comes from Cockney rhyming slang and the term boracic lint. It is when all anyone has in their pocket is lint – meaning they are completely and utterly skint.