In an interview with Michael Cullen, Gavan Byrne and Paula McCarthy explain how TV3’s Virgin Media Solutions is gearing up for busy times

Malone touched on how the TV market is switching roles. Hollywood is now more about action movies, while TV homes in on drama. Following the rebrand of TV3’s three stations as TV3, 3e and be3, VMS is looking ahead to 2018 and engaging with media agencies earlier about its schedule, audience, content and partnership plans.

TV3’s deal with ITV, which is partly owned by John Malone’s Liberty Global, including the rights to soaps operas Coronation Street and Emmerdale, means it has a long-term supply of programmes which it will use to leverage their own content. Great content translates to big audiences. That’s where VMS duo Gavan Byrne and Paula McCarthy come in.

Byrne, TV3’s commercial director responsible for VMS in Ireland and the UK, has an agency   and media background. He started in Saatchi & Saatchi before moving to DDFH&B where he worked with Pat Kiely, now his boss at TV3. He headed up Mindshare when it launched in 1999 and then became managing director at Vizeum before a brief stint at Communicorp. 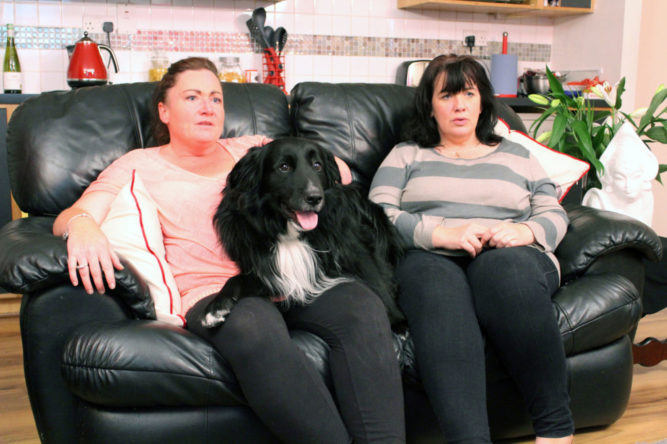 Joy in watching watchers: Virgin Media signed up as Gogglebox Ireland sponsor. TV3’s director of programmes Bill Malone says it makes sense as the show is custom-made for Ireland – “a nation of self-deprecatory slaggers”. The show is voiced by comedian Deirdre O’Kane and Rory Cowan, who plays Rory in Brendan O’Carroll’s Mrs Brown’s Boys.

Byrne says that during the recession, TV sponsorship was seen as a cheap way of buying ratings, but thinks changed through the activation side and the roll out of creative ideas. McCarthy points to Irish television’s first digital product placement in a recent episode of Red Rock, with a poster ad for TV3’s owner, Virgin Media, appearing in background scenes.

McCarthy describes the Mirriad technology as “game changing”. Mirriad creates advertising ideas for ‘the skip generation’, young consumers who go out of their way to avoid ads. It has used similar digital product placement techniques globally, including the Aussie soap Home and Away and on mugs used by contestants on Channel 4’s game show Deal or No Deal.

McCarthy joined TV3 in 2004 and now heads up sales at VMS. She believes the value to marketers is in the subtle use of background messages, using ads where appropriate and avoiding anything that appears forced or contrived. Domino’s support for The Voice was acquired as part of the deal with ITV and Burger King has ties with Graham Norton.

British DIY chain Homebase recently became the sponsor of TV3’s weekend AM shows. Brokered by Initiative, it is Homebase’s first TV link-up in Ireland. The deal, which includes broadcasts, branded content, in-show promos and digital, runs until the end of October. The Saturday and Sunday AM shows are co-presented by actor Simon Delaney and Anna Daly.

Liberty paid €87m for TV3 Group and a further €10m for UTV Ireland. VMS also represents Virgin Media ad sales, including video on demand (VOD) on the Virgin platform and public wi-fi services. VMS in the UK is headed up by Gareth Vaughan Jones, who was head of advertising in Virgin Media UK. Both McCarthy and Vaughan Jones report into Byrne.

VMS is divided into spot and branded content. The spot team has agency groups responsible for the top spenders. TV3 was a pioneer of branded content, growing demand for integrated campaigns. Byrne says over 95 per cent of VMS – whether it be programme sponsorships or spot ads – comes through agencies. VMS also has a data and insights division.

Byrne says the new strategy is showing positive signs, with a first quarter performance seeing TV3 Group up by 55 per cent, TV3 up 34 per cent, 3e up 26 per cent and be3 claiming a 2.4 per cent share, making it the sixth largest channel in the market. The revised set-up offers advertisers complementary cross-channel scheduling, acquisitions and programming. 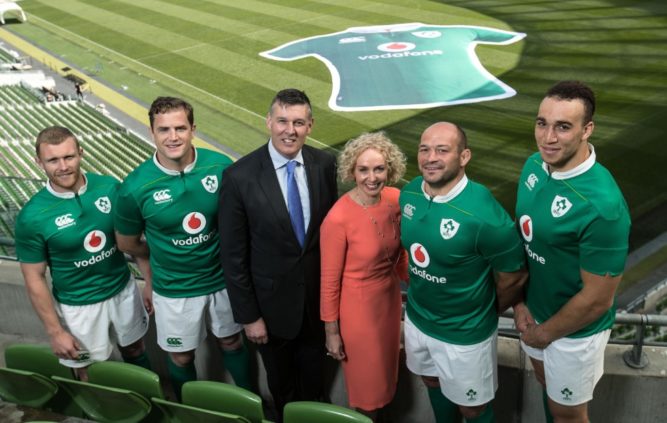 Pitching new Irish drama: TV3 has upped its investment in sport, with horse racing from England. Scooping the rights to Six Nations rugby should yield handsome dividends, as with the 2015 Rugby World Cup, where Ireland’s game against France saw an average of 1.15 million viewers. A new Irish drama will be heavily plugged during the rugby ad breaks.

Of course, the elephant in the sitting room is TV3’s coup in snatching the Irish rights from RTE for the Six Nations rugby for four years from 2018. As RBS bows out, a new title sponsor will be confirmed soon. The deal was announced in November 2015, months after John Malone’s cable giant Liberty Global acquired TV3, through UPC, now Virgin Media.

TV3 plans to take a ‘a Super Bowl Sunday approach’ to its Six Nations coverage and gain from the influx of viewers by scheduling a six-part, contemporary Irish drama next spring. The series, which will have a budget of at least €3 million, will require an international distributor. Funding will be sought from the Broadcasting Authority of Ireland (BAI).

Apart from ITV, Liberty Global’s tentacles extend to All3Media, Formula E (officially the FIA Formula E Championship, motor racing using electric cars. Launched in 2012, the first championship was in Beijing in 2014), Vier and Vijf. The US group has been in Ireland since 2006, spending €1 billion on cable assets and high speed broadband network upgrades.

While Byrne admits Brexit and Trump caused economic uncertainty with exchange rates up in the air and a British general election in June, agencies remain cautiously optimistic about growth at the back end of the year. Virgin Media has invested €3.1 million in TV3, with two fully functioning HD studios recently officially opened by Minister Denis Naughten.

With all the focus on streaming and time shifting shows, live TV still accounts for 90 per cent of viewing. As Thinkbox’s Zoe Harkness remarked at the VMS agency breakfast, when it comes to what viewers want – content, escape and unwinding through emotional and social connections, TV ticks the boxes. What’s more, trust is highest in TV ads, Harkness added. 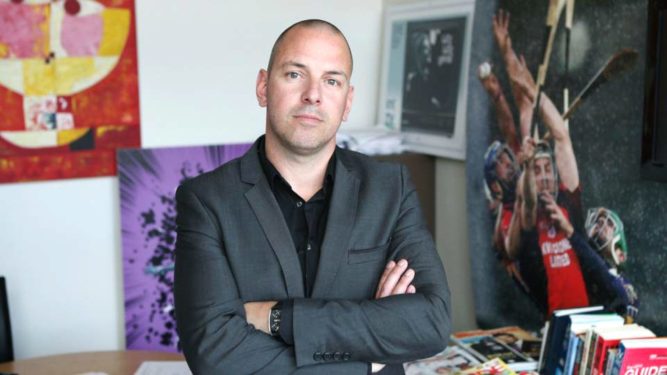 Before joining TV3, Bill Malone (above) was RTE2 controller and commissioning entertainment editor, managing the Late Late Show and the Voice of Ireland. He commissioned audience hits such as First Dates Ireland and the critically acclaimed Connected. He believes marketing people in Ireland tend to be “too safe” and is not shy in saying as much.

More risks ought to be taken, otherwise great shows like Love/Hate don’t get made. “If it’s a great show, take a gamble,” Malone said. Sponsors like Gas Networks Ireland with The Restaurant get the formula right. However, too much or inappropriate product placement is folly. He insists there’s a balance and the best marketing doesn’t feel like marketing.