Glanbia Consumer Foods has extended its Avonmore sponsorship of the weather bulletins on RTÉ TV for another two years. The value of the sponsorship has not been revealed. Avonmore milk is the second biggest brand in Irish grocery and has sponsored RTÉ Weather since 2006 with over 50 bulletins broadcast a week. 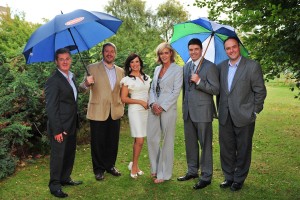