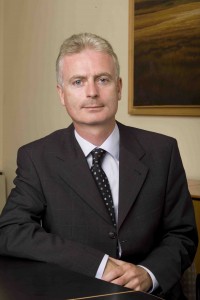 Behaviour & Attitudes (B&A) has been awarded the Eurobarometer fieldwork face-to-face contract for Ireland. Millward Brown continues to handle the telephone research (Flash) and  the qualitative role for Ireland. The overall Eurobarometer service is handled by TNS on behalf of the European Commission and European Parliament and involves interviewing about a million citizens every year in over 35 countries across Europe.

The contract was originally with TNS mrbi.  When TNS was sold to Ipsos, they became Ipsos mrbi and were in competition with TNS.  The Eurobarometer is regarded as the most significant and regular measure of public opinion in Europe and covers a number of important issues facing the EU, including the economic situation, globalisation, the protection of the environment, along with immigration, poverty and international affairs.

Ian McShane (pictured), managing director at Behaviour & Attitudes, said the agency is proud to have been chosen as TNS’ Research partners for the biggest political and social research contract ever commissioned, based on the agency’s track record. He said B&A looks forward to working on a contract which provides policymakers with comprehensive information to help with the drafting of Europe-wide public policies.