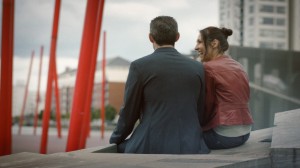 The first BMW TV commercial conceived, produced and filmed in Ireland breaks on RTE2 on Saturday morning at half time during Ireland’s Rugby World Cup clash with Australia. The ad was created by a team at Chemistry comprising Emmet Wright, Adrian Fitzsimon and Rachel Carey and features a soundtrack by Gareth Averill.