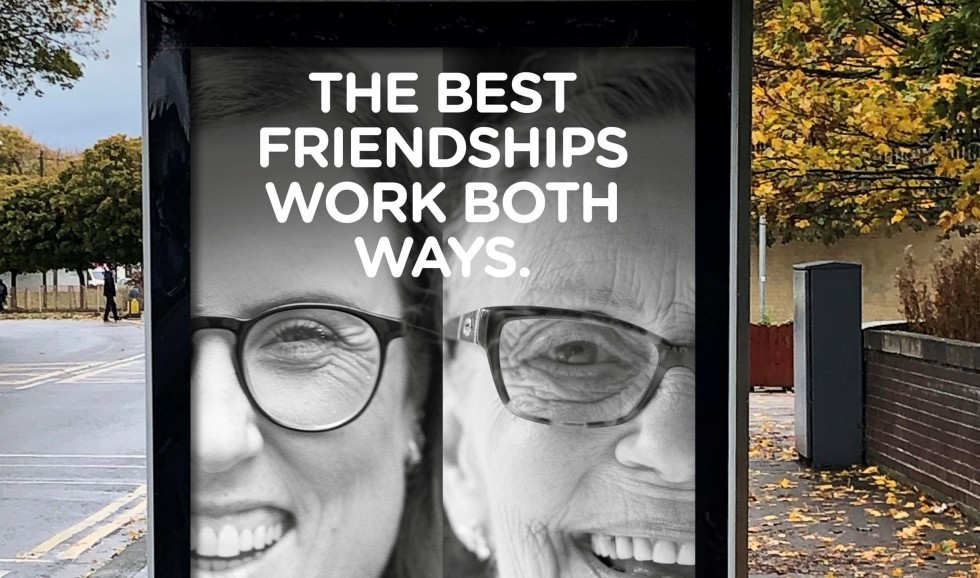 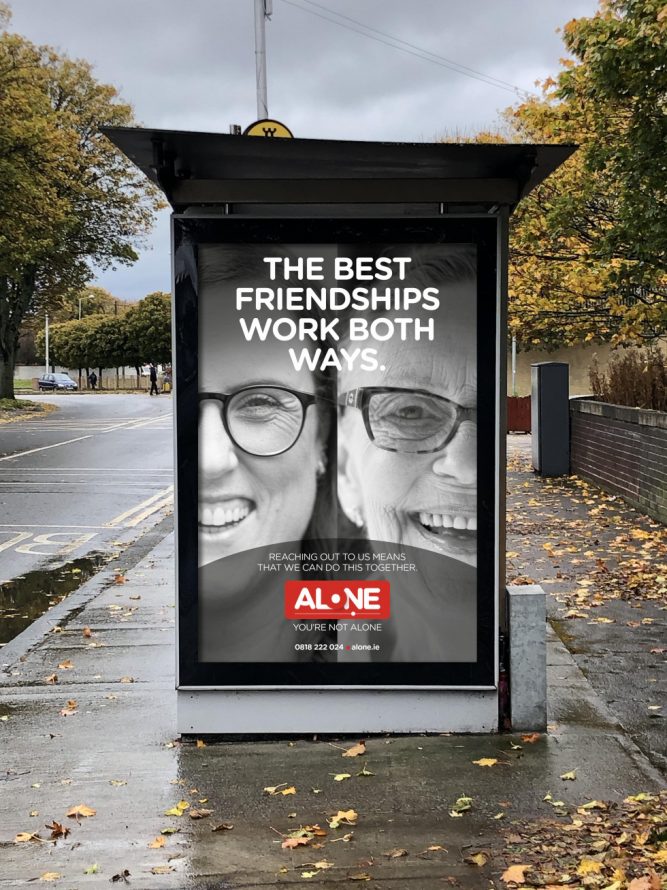 The team at Bonfire have produced a multi-media campaign for Alone aimed at galvanising the charity’s supporters, volunteers and older people. Alone’s response to the pandemic has been widely praised and recognised as being to the forefront in helping older people through the crisis. But as a result they have barely had a chance to catch their breath.

Staff, donors and volunteers have worked tirelessly to help deal with the huge increase in demand on their services. The ads are all about motivating people by saying ‘Thank You’ and building on the  goodwill that has been built up. Each ad features two images alongside each other; an older person and a supporter or volunteer.

All are real people, photographed safely, individually and lovingly by Mike O’Toole.

The campaign began last weekend in The Sunday Times Ireland edition and will appear on JCDecaux poster sites across the country. In addition, there will be a co-ordinated social media campaign featuring the participants and their stories. Bonfire’s Sean Hynes said all creative services, photography and media space has been donated pro-bono.