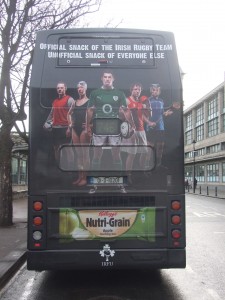 Bravo has been reappointed by CIE to handle its advertising contract valued at €40 million over the next three years. Bravo will again be responsible for all CIE bus, rail and roadside sites, excluding the Adshel bus shelters which are handled by Clear Channel.

All the major outdoor companies pitched for the contract, including CBS Outdoor, Clear Channel and JCDecaux. The current five-year contract expires  at the end of next month. CIE has an option to extend the three year contract for a further year.

Bravo is a wholly-owned Irish company whose chief executive is James Barry.