Cadbury’s game on for women’s football 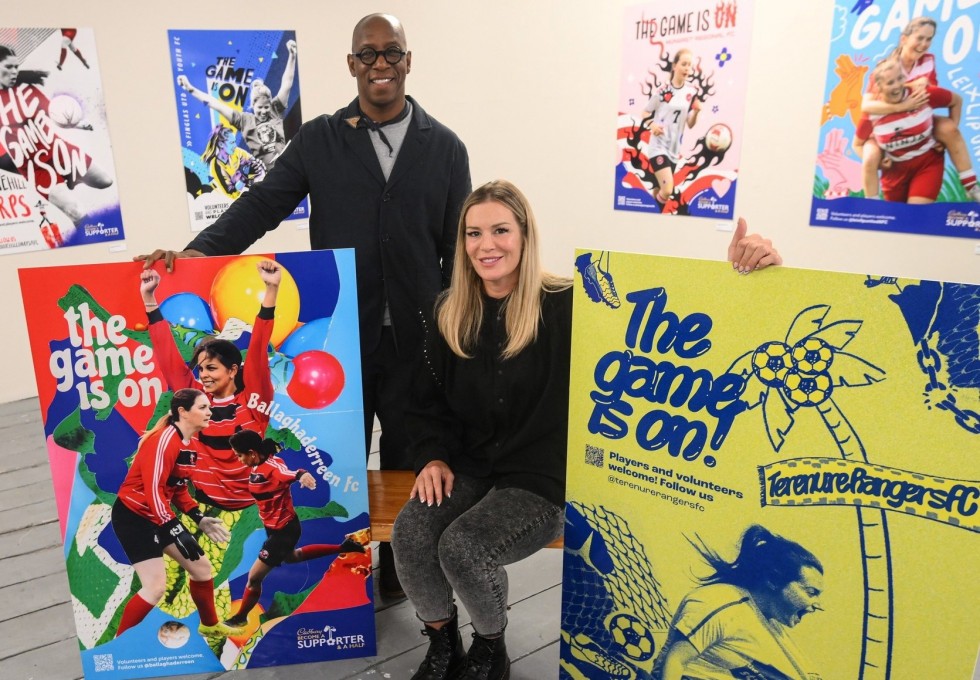 The Public House say the game is on for women’s football with Cadbury’s heroic illustration campaign. The Mondelez-owned confectionery brand, which last year signed up as the official snack partner for the Republic of Ireland women’s team, have now announced their ‘A Player & A Half deserves Support & A Half’ campaign – tieing in with the famous Dairy Milk slogan.

The new campaign aims to grow support for the game at a local club level. Cadbury had initially donated money for functional, facility upgrades at grassroots level. The campaign’s new phase was born out of research in collaboration with the FAI and local teams pointing to women’s teams having significantly less resources and support than the men’s game.

But the most significant barrier facing these teams was not structural, it was societal. Female players felt that they were not seen to be as legitimate, important or respected as men’s teams and that is why they struggle for the support, funding or resources they deserve. With that in mind, The Public House came up with ‘The Game Is On’ poster campaign.

It makes grassroots women footballers feel like superstars, encourages volunteers and players to join local clubs and pushes the Irish public to support the women’s game, directly through attendance, or by buying Cadbury products. Ten top female Irish illustrators were hired to design posters for 10 local women’s football teams and another for the national side.

Cadbury kept their logo in the bottom corner and suggested a CTA for all clubs, but creative control was handed to each artist. Cadbury’s platform now belongs to local football clubs. The posters were unveiled at an event in Temple Bar, attended by Arsenal legend Ian Wright and the club’s former Republic of Ireland goalkeeper Emma Byrne, pictured.

The posters will feature in a nationwide billboard campaign.

Keep an eye out for them IRL, as well as on social and digital platforms. To ‘Become a Supporter and a Half’ and help grassroots women’s football, consumers can also pop in-store nationwide until October 16 and buy a Cadbury product. For more information on the prizes for women’s clubs across the country go to womensfootball.cadbury.ie.