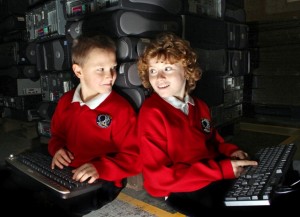 Irish charity Camara Ireland has issued an appeal for donations of laptops for use in Irish schools. There has been a surge in demand for Camara’s educational technology packages and the charity has not yet sourced enough used laptops to meet this demand. With its waiting list growing steadily, Camara is asking companies and individuals to consider donating their end of life laptops for reuse in Irish education.

Camara provides reused laptops and teacher training to disadvantaged Irish schools at 25 per cent of the price of a new laptop. It has supplied over 900 computers to schools this year, training nearly 400 educators in the process.  Camara –  a West African word meaning “one who teaches with experience” – wipes the computers to US Department of Defence standards, loads them with educational software and supplies them to schools.

To donate computers to Camara, go to www.camara.org