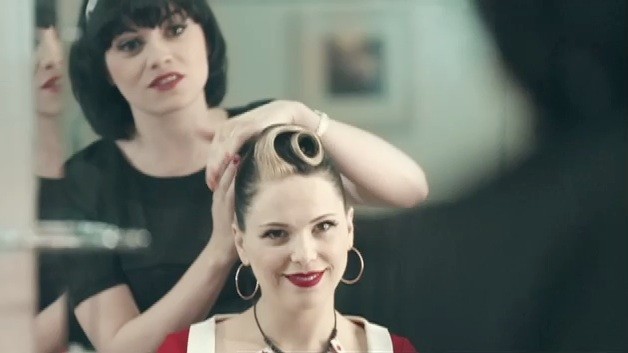 Core Creative has been appointed to handle another new account in the shape of the Irish League of Credit Unions (ILCU), Marketing.ie has learned. The ILCU has been with a number of creative agencies in Dublin in recent years, namely Havas, Focus Advertising and, most recently, JWT Folk, handling  various campaigns for car and personal loans.

Core will work to ILCU’s marketing and press officer Kieran McDonnell and head of communications and customer experience, Paul Bailey. JWT Folk – or rather its predecessor, Target McConnells – created a nationwide search for ‘Dan Byrne’ by asking consumers ‘Have you had your Credit ReUnion?’ in ads urging them to consider their local ILCU branch.

The ads pointed to how credit unions are seen as one of Ireland’s most trusted brands.

Focus Advertising created a campaign around Irish rockabilly star Imelda May (above) going back to her roots. The ads cited the role the local credit union had for her family when growing up in Dublin’s Liberties. Core’s ILCU creative win follows on from the agency’s recent appointment by Heineken Ireland to handle Orchard Thieves and Applemans ciders.