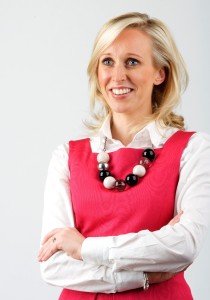 Nicky Crichton has taken charge of a new consumer and brands division at PR agency Murray Consultants. Called MCsquared,  the branding is aimed at giving Murrays a more contemporary image and help generate a stronger presence for the long-established agency among Ireland’s FMCG marketers.

Murray’s built a huge reputation for itself as one of the major players in corporate and financial PR services in Ireland, a record which was developed over years by directors and former journalists Joe Murray and Jim Milton. The agency became experts in “issues management”.

Crichton has worked with a number of consumer-focused agencies, including Grayling and Fleishman-Hillard. MCSquared will service clients such as Cadbury (including Trebor and Green & Blacks), Kellogg’s, Cow & Gate, Love Irish Food, 3 mobile, Batchelor’s Sqeez and Kilronan Estate & Spa.

The Heineken consumer account was also among its clients up until recently, but following a review earlier this year, it moved to Thinkhouse, described by some as “the new kids on the PR block”. Murray’s still handles corporate assignments for the Dutch brewer.

MCsquared has a list of outside consultants it can call on, including digital experts Niall O’Driscoll and Andrew Jenkinson. Mark Ody, who held marketing roles at Diageo and Alison Hunter, who was in charge of marketing for Superquinn, also have links with MCsquared.

The branding for MCsquared was the work of Creative Inc.