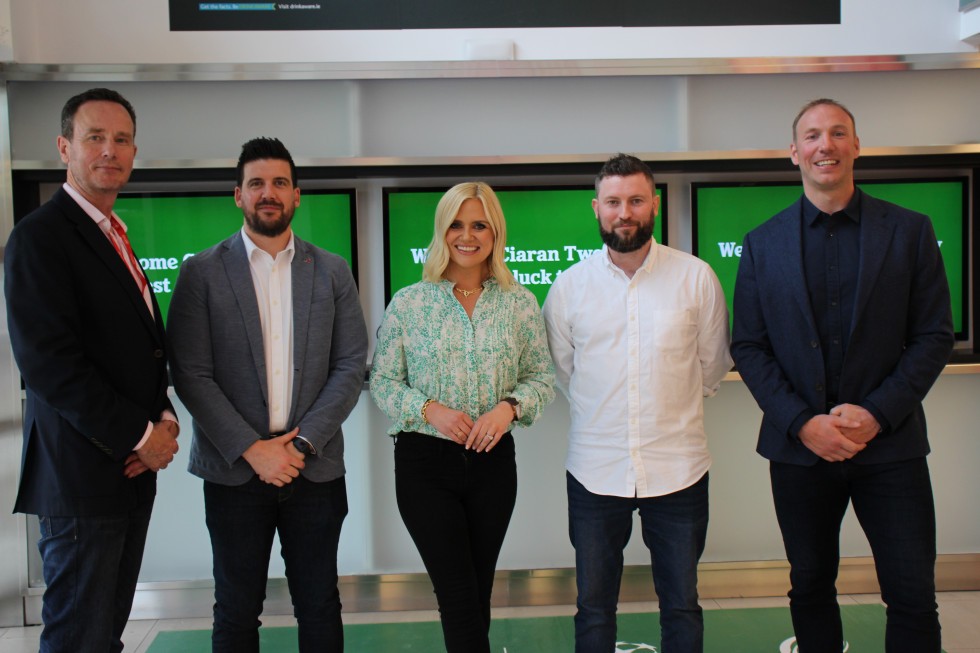 In partnership with Virgin Media Television and the Red Star team at Dentsu Ireland, Heineken launched a special campaign on the lead up to this year’s Star Saturday. Star Saturday offers sports fans the chance to catch both the Heineken Champions Cup Final and the UEFA Champions League Final on the same Saturday, a feast for all the fans this weekend.

Two winners were chosen with the assist of Virgin sports commentators Stephen Ferris and Brian Kerr. They, alongside a plus one, will be on their way to France this weekend. Pictured are Patrick Kinsella, Virgin Media Television; Colin Doyle, Heineken Ireland; Virgin presenter Karen Koster; Kieran Lynch, Dentsu Ireland and Stephen Ferris.