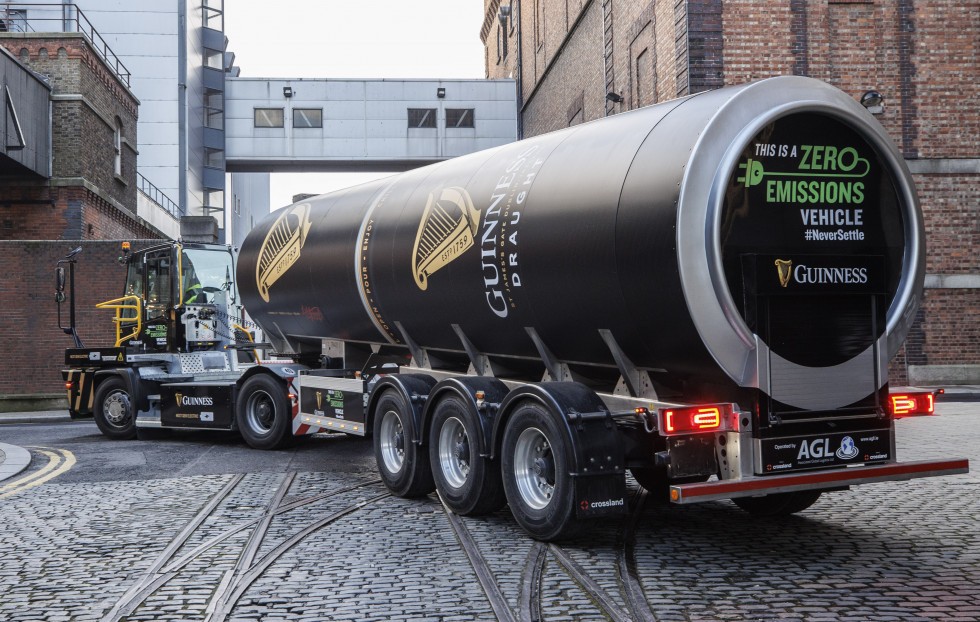 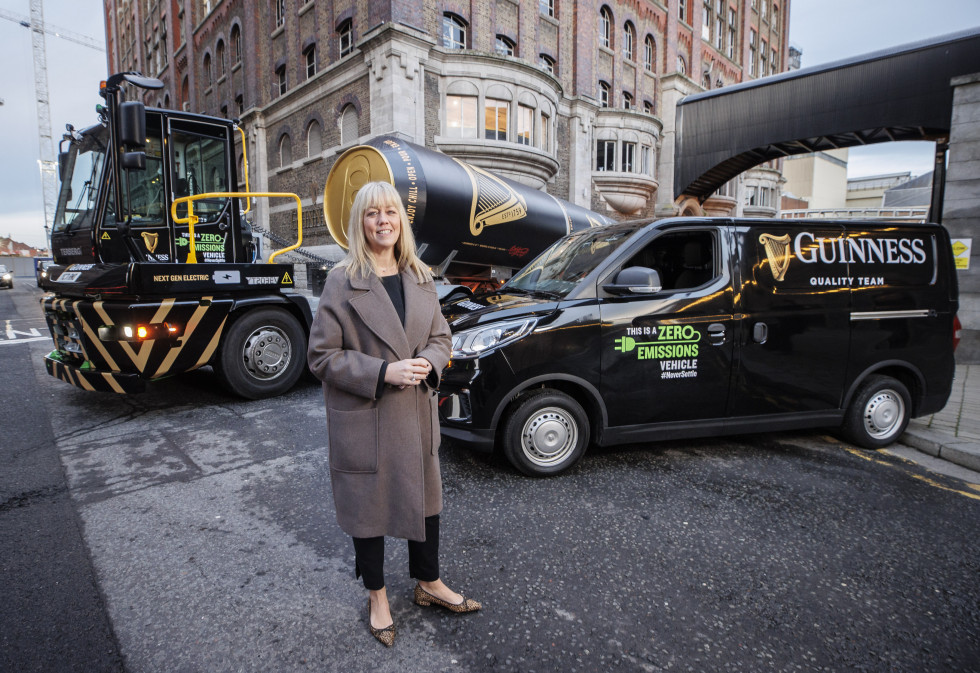 The truck is being used in a trial to transport bulk beer in the Guinness tankers from the brewery to Dublin Port, which will help determine if it can be used to transport heavy goods more widely. Additionally, Diageo  will add four zero emission trucks later this year to its fleet which will be used in a separate trial to deliver kegs to the hospitality trade in Dublin city.

Barry O’Sullivan, managing director, Diageo Ireland, said the company was only 263 years into its 9,000-year lease on the brewery and they were into sustainability for the long haul. Today’s announcement forms part of Diageo’s wider 10-year sustainability action plan, ‘Society 2030: Spirit of Progress’, which outlines the company’s commitment to carbon emissions.