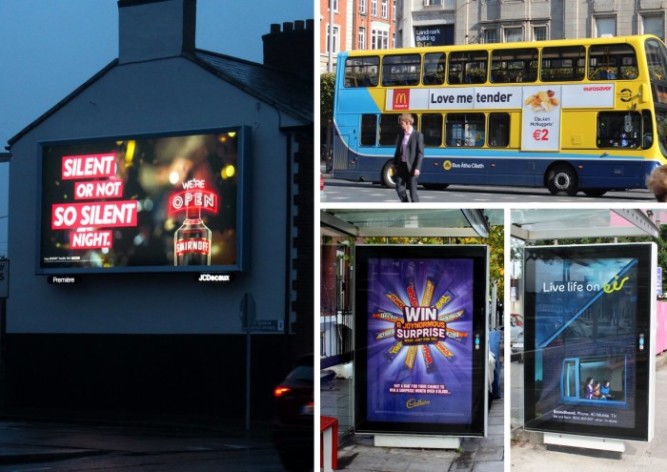 PML Group’s annual out of home (OOH) market review for 2015 shows that the sector grew by six per cent last year, following a similar level of growth in 2014. Ireland’s leading outdoor advertising specialist attributes the upward pattern to the ‘always on’ nature of the medium, improvements in the quality of the advertising plant, the flexibility of the formats, innovation and creativity on offer coupled with external economic factors at home and abroad.

The report highlights some key facts and figures for the past year, including OOH’s top spenders. Diageo topped the list, with a market share of voice of 4.6 per cent, well ahead of second placed McDonald’s on 3.2 per cent. The top three was completed by Eir, including campaigns for the rebranding from Eircom and for their mobile brand, Meteor. These three advertisers increased their display values by 20-30 per cent last year, compared to 2014.

Telecos Eir, Three and Sky accounted for over 10 per cent of all OOH activity and was the year’s top spending category. The finance sector was in second place, driven mainly by AIB, Bank of Ireland and Permanent TSB, along with a number of insurance companies. Retail outlets completed the top three categories with the majority of spend in this sector coming from supermarkets such as Lidl, Tesco and SuperValu.

A key trend highlighted in the report is the ever increasing importance of digital advertising in an OOH context. The inherent flexibility that digital OOH offers opens DOOH networks to various advertisers allowing them to broadcast strong content, time sensitive copy, reactive messaging and interactive campaigns. Digital OOH advertising accounted for 11 per cent of total OOH advertising in 2015. Some 2,200 DOOH screens are now available in the Republic. 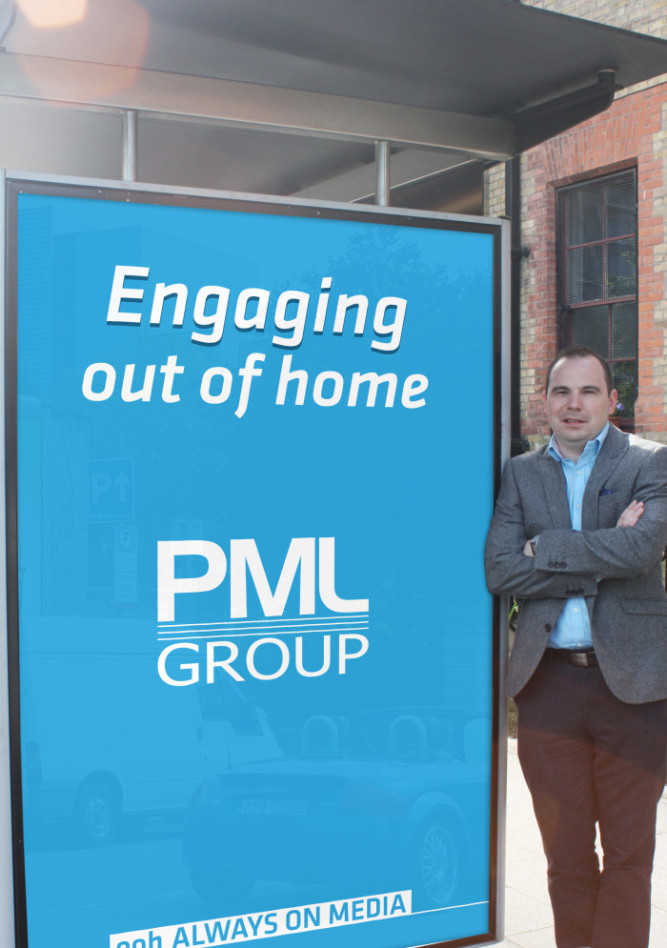 Colum Harmon (right), marketing director, PML Group, said 2015 was an encouraging year for OOH. For the first time in many years, the medium was seeing consistent and consecutive growth across quarters. Demand is high with advertisers reacting well to improvements in digital and large format. Early indications are again good for 2016, and particularly with a general election, Euro 2016 and the Olympics on the horizon, Harmon added.