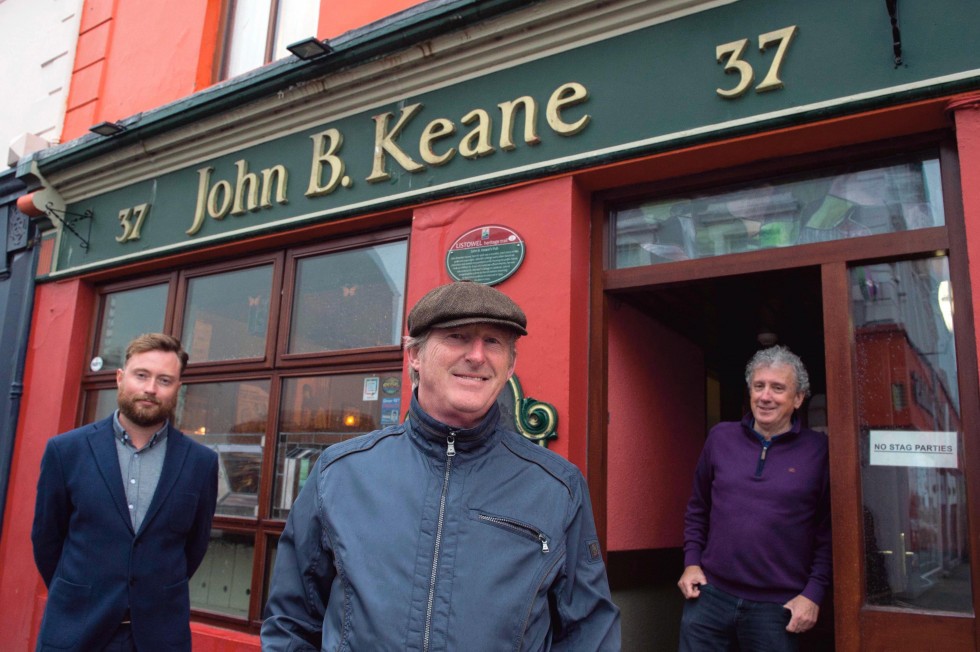 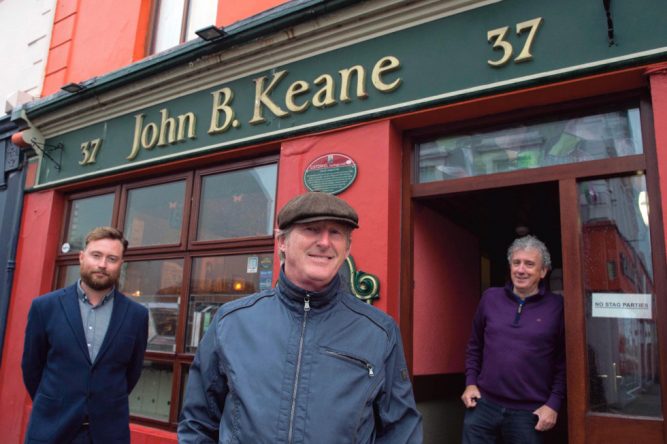 Spectacular images of Ireland’s western and northern coastlines will be beamed into the homes of an estimated two million people across Britain when a new series fronted by Line of Duty star Adrian Dunbar starts on Channel 5 this evening. The two-part series follows the Enniskillen actor on his travels, reconnecting with the landscape and locals.

Along the way he meets with Darina Allen at Ballymaloe House and with motorcyclist Michael Dunlop. Dunbar (centre) is pictured outside John B Keane’s Bar in Listowel, Co Kerry, with Des Burke, Tourism Ireland (left) and writer and publican Billy Keane.