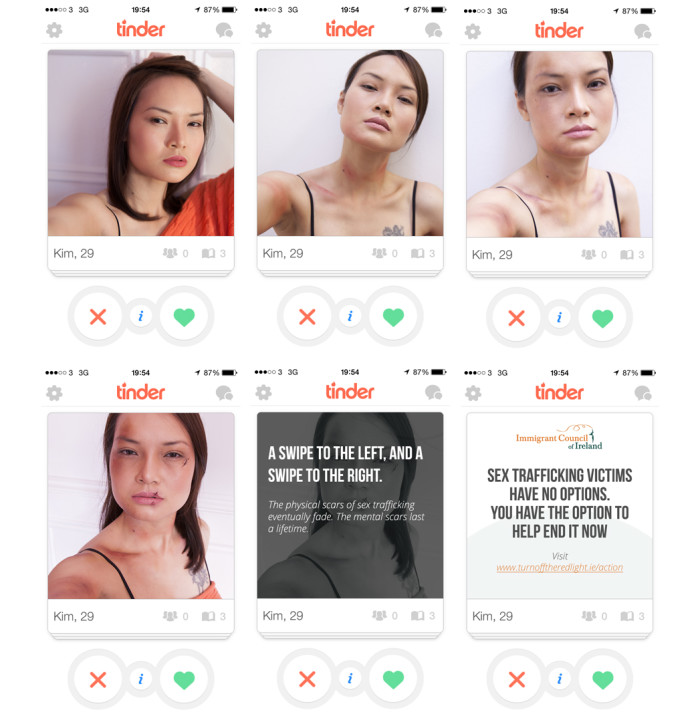 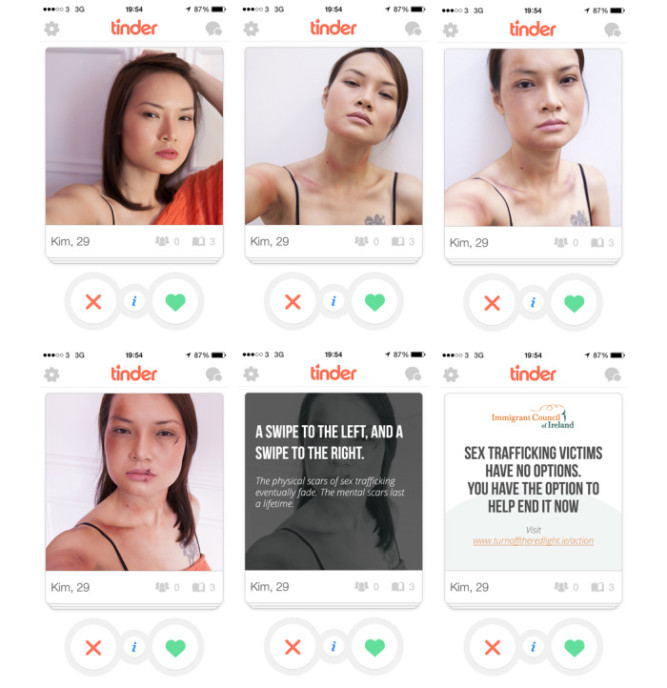 Eightytwenty won a Eurobest award for their ‘Swiping Out Sex Trafficking’ campaign for the Immigrant Council of Ireland (ICI) at an awards ceremony in Antwerp. Eurobest is a high-rated creative show staged by the organiser of the Cannes Lions. The campaign used the social dating app Tinder, by creating a number of fake profiles with real-life sex trafficking stories.

The campaign received widespread coverage on social channels and appeared in Time, the Huffington Post, Daily Mail, Buzzfeed and Mashable.  It was the first use of Tinder in Ireland for such a campaign and one of the first worldwide. Tinder had become popular in Ireland and it provided stand out in communicating sex trafficking issues to men.

The campaign had over 100,000 social shares and engagements globally with an estimated earned media value of over €1.5m. Other Eurobest winners included Adam and Eve DDB for John Lewis and ‘Monty’s Christmas’, Forsman & Bodenfors for Volvo’s ‘Live Test Series’ and FCB for the ‘This Girl Can’ campaign for the British government’s Sport England.

Eightytwenty’s win follows other awards won at the Sharks and a nomination at the Cannes Lions. Agency clients include Bank of Ireland, Aldi, Jameson, Opel, The AA and iD. To watch the ICI award-winning campaign video go to https://youtu.be/tSNNqhfF67I