Energia on board for Pro12 rugby finals 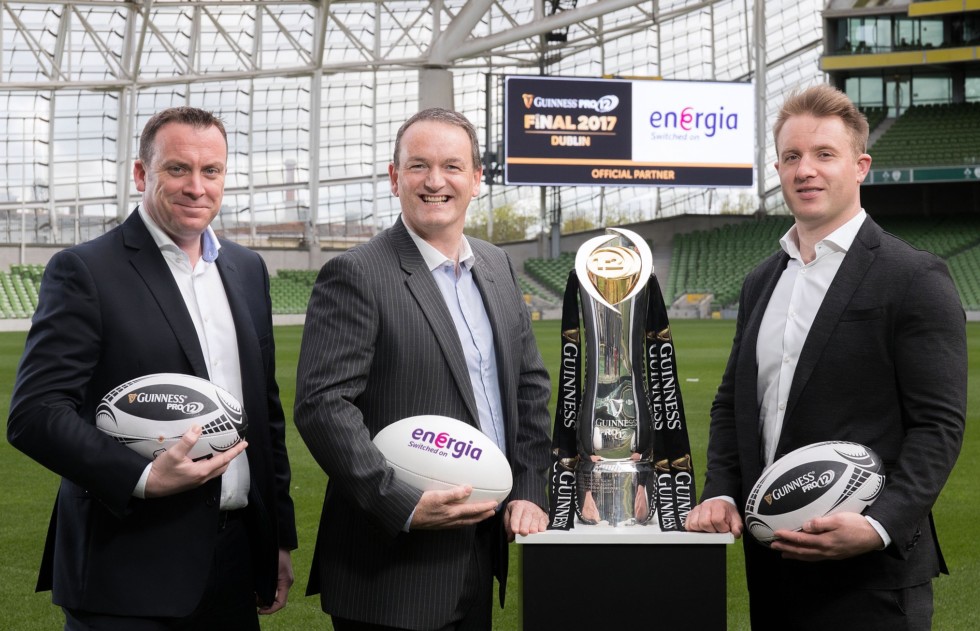 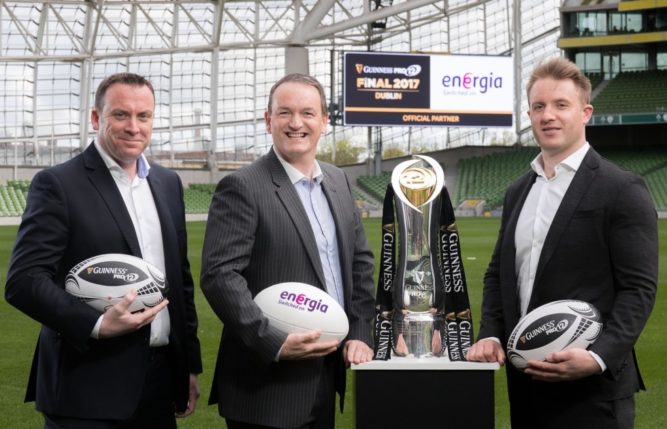 Energia has signed a sponsorship deal with Pro12 Rugby which sees the energy provider become a partner of the Guinness Pro12 final series. Just two rounds remain in the championship with three Irish and two Welsh teams all vying to finish in the top four and reach the semi-finals. The final match is in the Aviva Stadium on Saturday, May 27.

Dermot Rigley, commercial and marketing director for Pro12 Rugby said ticket sales have been strong and all signs are pointing towards another record-setting occasion. The Guinness Pro12 is made up 12 clubs – four Irish, four Welsh, two Scottish and two Italian – which compete over 22 regular season rounds to reach the final series.

The final series comprises two semis and the final. The semis take place on the weekend of May 19/20 followed by the final a week later. The championship is home to 268 international players. Independent News & Media (INM) is the championship’s media partner, giving INM readers access to the closed ‘Captain’s Runs’ at the Aviva.

Readers also get to see exclusive highlights each week on INM’s rugby show ‘The Left Wing’ and a chance to win exclusive prizes to the finals. After the championship, INM will present the 2017 ‘Try of the Year’ at the Pro12 awards; hold video interviews with each winner, along with other opportunities to engage with fans and players alike.