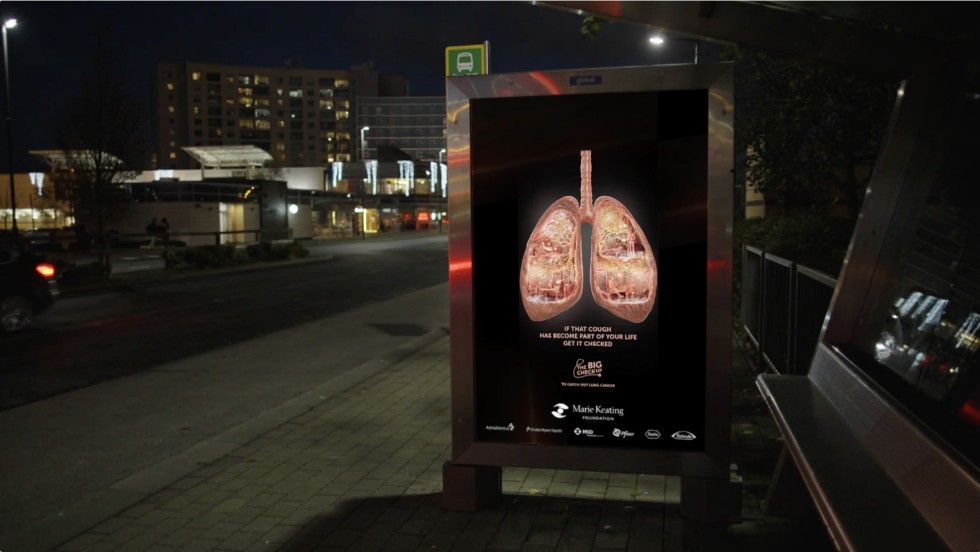 As part of their campaign for Lung Cancer Awareness Month taking place throughout November and to bring down the high lung cancer death rate through better awareness of symptoms, the Marie Keating Foundation has created the first poster to catch lung cancer. The campaign was devised and rolled out by The Brill Building and the PML agency.

Using bespoke technology the team behind the activation created a poster than only reveals itself to those who cough. The idea is to encourage those with a long-standing cough to get it checked and to reach them in a targeted way. In Ireland, lung cancer is the biggest cause of death with just one in five of those diagnosed with the disease surviving beyond five years.

However, many European countries have improved the management of lung cancer through better risk reduction strategies, diagnosis and treatment. As part of the new campaign, for Lung Cancer Awareness month, the Marie Keating Foundation want the Irish Government to make 2022 the year they commit to improving survival rates and reduce deaths.

It is all part of what the charity are calling the most targeted media campaign ever to catch lung cancer with social and radio buys focused on areas like Co. Carlow and areas of Dublin city with the highest rates and risk for lung cancer, the poster to catch those with symptoms and the petition to find lung cancer in patients in the future before symptoms appear. 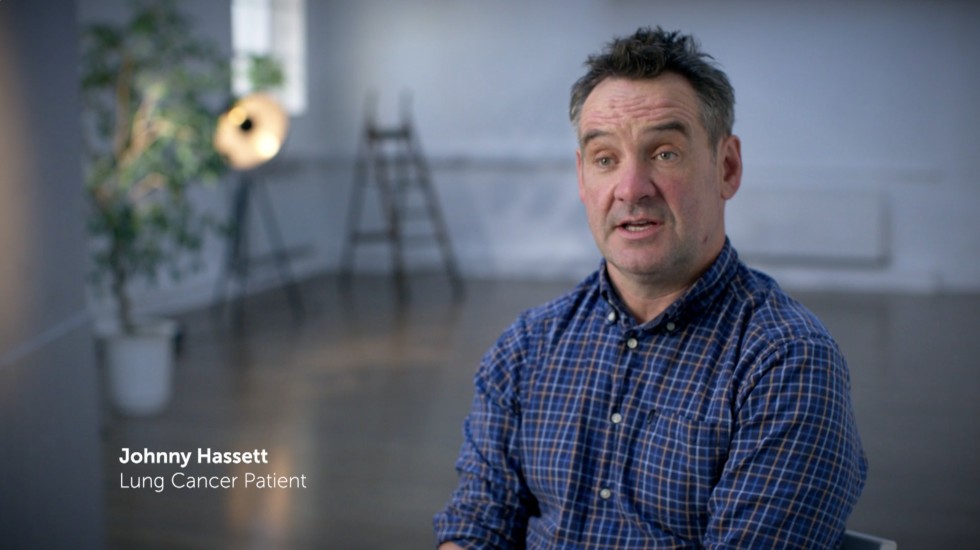 The film was created by the agency’s team of director of photography Kevin Cantrell with edit and motion from Graeme Wells. It features lung cancer patient Johnny Hassett, a Irish horse trainer. Hassett’s message is stark. “If you get a cough checked and you don’t need anything, great. But if you need intervention and you don’t get it checked, then you’ll die.”

In Ireland, the five-year survival rate for lung cancer patients is about 18 per cent. It means only 18% of people that are diagnosed with lung cancer will be alive after five years. It is extremely low in comparison to other five-year survival rates for common cancers, such as prostate, 99 per cent; breast, 89 per cent and colorectal 65 per cent.

People are urged to sign the petition at www.mariekeatingfoundation.ie