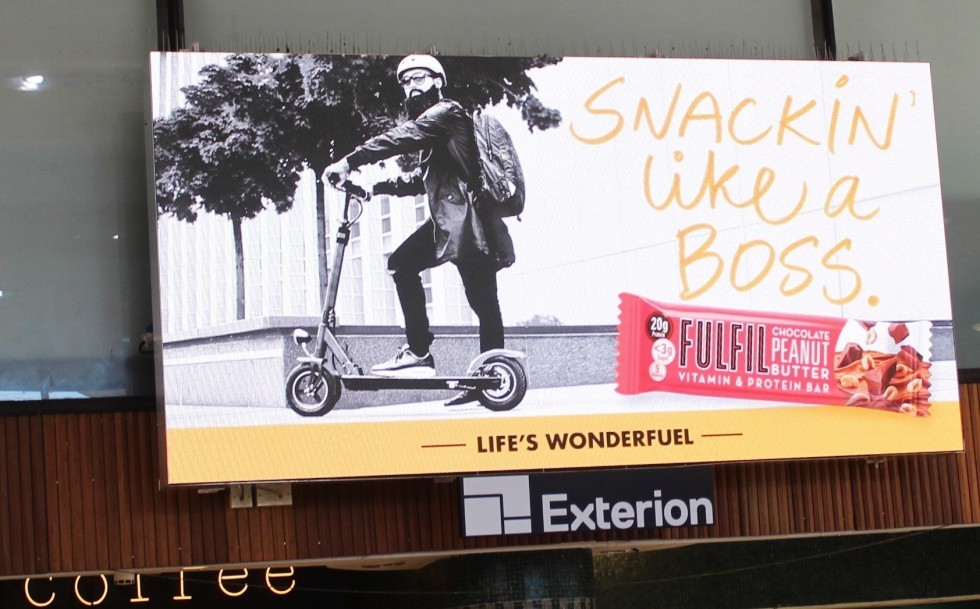 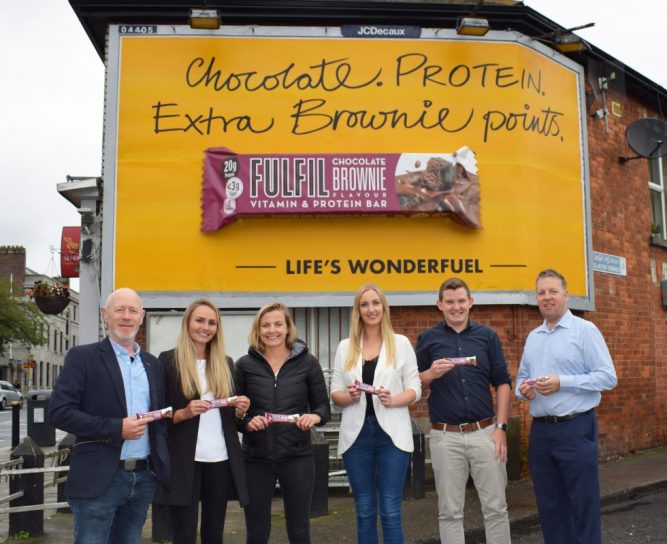 Irish protein bar Fulfil is running a new out of home campaign with an added twist. The snack brand, which won investment from US confectioner Hershey, is stacking brownie points with a customised billboard to make an impression. The 48 sheet, located in busy Donnybrook village, features a 3D version of the new Fulfil chocolate brownie bar.

The chocolate brownie flavoured is the 12th bar in the ever-expanding Fulfil range. The activation was developed by Zenith, PML and the brand’s owner, Richmond Marketing. Creative was produced by The Community London and was adapted for the special build by Design+, PML Group’s in-house creative team. Eclipse Media created the bar prototype.

To promote impact, various OOH panels were booked nationally. Highlighting the Fulfil range and its  ‘Life’s Wonderfuel’ messaging, a mix of copy lines are used in the posters. Audience affinity for sport and fitness through Locomizer mobile data was adopted in planning the campaign and for identifying the best locations for the brand’s target audience.

Nicola Bailey, brand manager, Fulfil, said the nationwide campaign coincided nicely with the launch of the new chocolate brownie flavour. Richmond Marketing had worked hard to get high in-store visibility  and with the campaign going live they had a chance to bring the new bar to life in a different way. The 3D special showcased the campaign and the new bar.

Chris Murphy, account manager, PML, said the special build is a prime example of how an OOH campaign can bring innovation and fun to a brand and capture the attention of the target audience with impact. “Maximising its effects in targeting the most appropriate location allows the brand to engage with audiences most likely to purchase,” Murphy added.