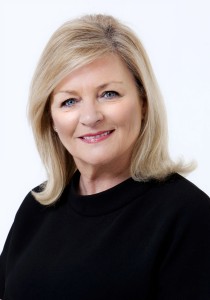 Former PR doyenne and one-time presidential advisor Eileen Gleeson has been appointed as non-executive director of Fanagans Funeral Directors. It is the first non-executive appointment to the family-run business, now in its seventh generation, having been established in 1819. Regarded as Dublin’s largest funeral company, the company is also associated with Kirwans, Nichols and Carnegie Funeral Directors.

Gleeson is also a non-executive director at Ulster Bank and the Coombe Hospital. She is an advisory board member with the DCU Ryan Academy for Entrepreneurs and an assessor with the Institute of Directors (IOD) board performance evaluation service. She also teaches the Building Better Business course for the IOD at the Irish Management Institute. She is a former chairman of Weber Shandwick Ireland.

She began her career with Bill O’Herlihy’s Public Relations of Ireland agency. She was an advisor in a voluntary capacity to Fianna Fáil during elections when Charles Haughey was party leader and taoiseach. She acted as advisor to President Mary McAleese. Her family own Gleesons pub in Booterstown, Co Dublin.